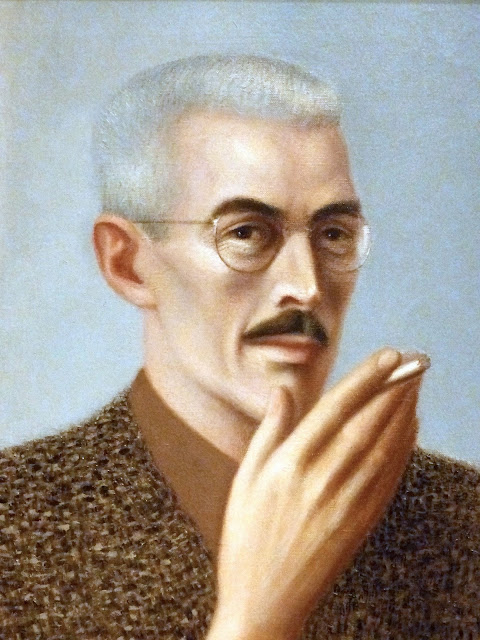 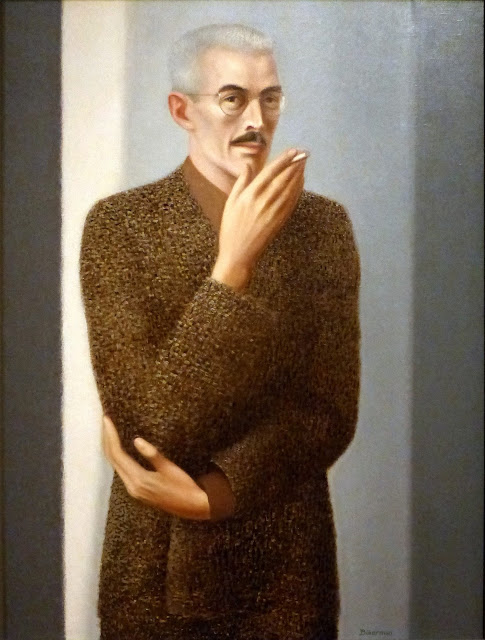 This 1937 portrait of Dashiell Hammett by Edward Biberman hangs in the National Portrait Gallery in Washington, DC.


"Inspired to try his hand at writing mysteries after his years with the Pinkerton Detective Agency, Dashiell Hammett met a warm reception when he published his first two detective novels in 1929. But it was the appearance of The Maltese Falcon, a year later that secured him his reputation as one of America's most original mystery writers. The hardbitten realism and crisp dialogue of that work led critics to compare its author's style to that of Ernest Hemingway. Hammett's later books, The Thin Man and The Glass Key, drew similar accolades. In defining the main difference between Hammett's works and the far more common drawing-room detective stories of the period, one admirer observed that Hammett had taken murder 'out of the Venetian vase and dropped it into the alley,' where, after all, it more generally occurred in real life." -- National Portrait Gallery 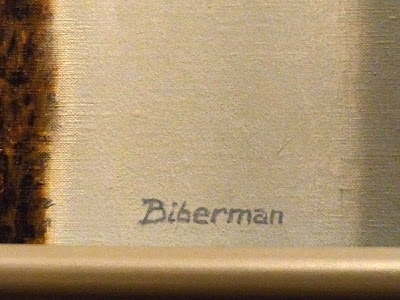 R.W. B and Nancy Lewis remark that:


"Edward Biberman studied in Paris for several years in his early twenties and there developed a style in which, as he put it, 'linear elements' would play a 'strong role in defining form.' Moving to Los Angeles in 1936, he began to paint film people, including Dashiell Hammett, whom Biberman characterized as a man 'who was blazing a new literary style, [and] was himself, in appearance, the "Thin Man" of his fiction.' In the Hammett portrait, typically, the vigorous vertical lines combine with the piercing gaze to make the image strikingly dramatic." -- American Characters, Lewis et. al. 1999.

For more on Dashiell Hammet from the National Portrait Gallery this Face-to-Face blog and listen to this podcast.