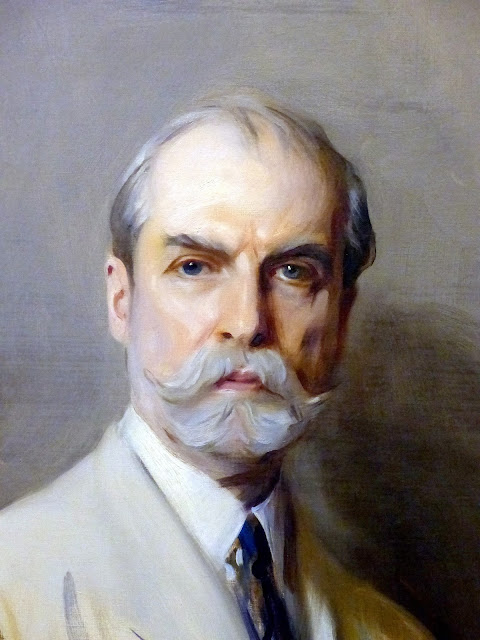 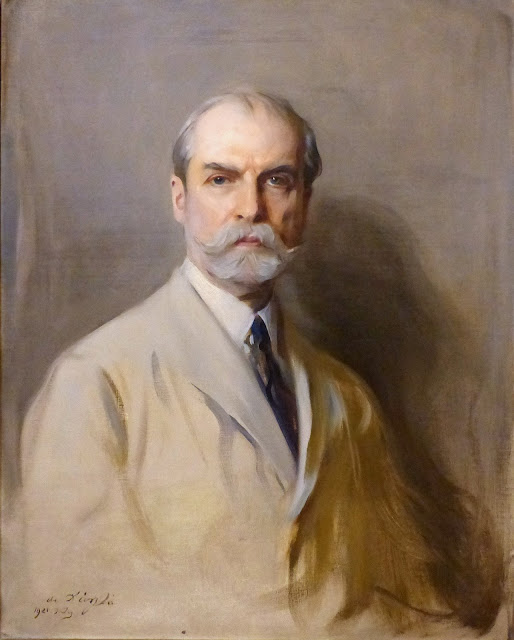 This portrait of Charles Evans Hughes by Philip Alexius de László hangs in the National Portrait Gallery in Washington, DC.

"Twice a member of the Supreme Court, Charles Evans Hughes was first appointed an associate justice in 1910 but resigned in 1916 to accept the Republican nomination for president. After his narrow defeat, he returned to private law practice until 1921, when he was named secretary of state in Warren G. Harding's administration. With the Senate's rejection of the Treaty of Versailles the year before, Hughes helped forge a separate treaty with Germany, formally ending the war between the two countries. He also called a conference in Washington for the limitation of international armaments. By the time of his resignation in 1925, Hughes had given greater definition to the Monroe Doctrine and improved the quality of the U.S. Foreign Service. In 1930, Hughes was nominated again to the high court, this time as Chief Justice." -- National Portrait Gallery