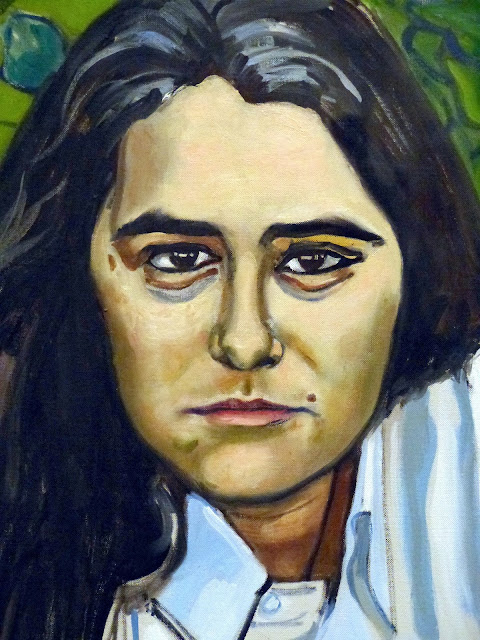 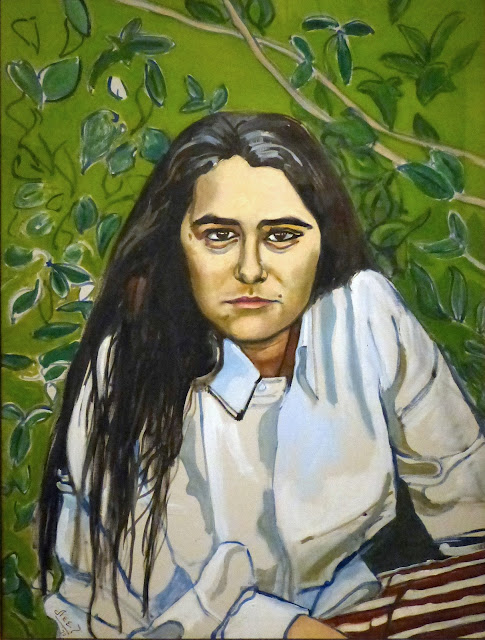 This 1970 painting of Kate Millet hangs in the National Portrait Gallery in Washington, DC.


"The emergence of the modern feminist movement in the 1960s had initially seemed but a sidelight to the massive demonstrations for civil rights and against the Vietnam War. Yet it was clear that the growing cry for equal opportunity for women could not be ignored. In no small measure, the movement owed its quickening pulse to Kate Millett, whose 1970 book Sexual Politics had become something of a bible for feminism. When Time magazine sought a personification of feminist protest for its cover in August 1970, it, not surprisingly, settled on Millett. Unfortunately, Millett herself was not pleased with the choice, feeling that no one person could presume to embody the aspirations of her cause. As a result, when Alice Neel asked her to pose, she refused. Instead, Neel used photographs to make this likeness." -- National Portrait Gallery