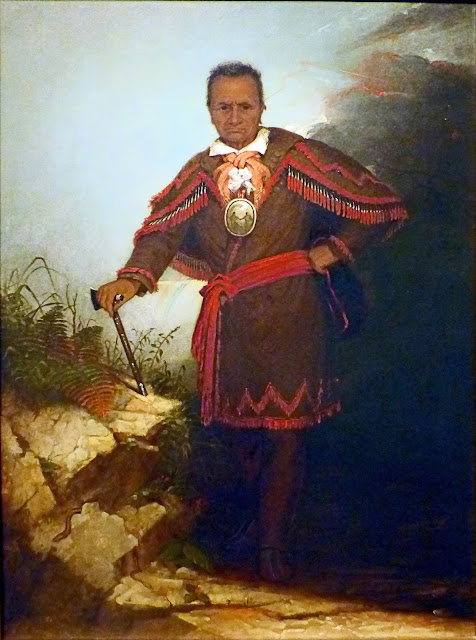 This portrait 1868 of Sagoyewatha by Thomas Hicks hangs in the National Portrait Gallery in Washington DC.


"In the American Revolution, Seneca chief Sagoyewatha fought for the British, who gave him the name 'Red Jacket' because he wore their red coat. In his dealings with the new American republic, he excelled as a negotiator for his tribe. George Washington presented him with a peace medal, which can be seen in many of his portraits.

Sagoyewatha convinced the Seneca Indians in New York to fight on the American side in the War of 1812. Although in his sixties, he fought bravely at the battles of Fort George and Chippawa, clearing his reputation of earlier charges of cowardice dur­ing the Revolutionary War. The heavy Indian casualties on both sides at Chippawa led Sagoyewatha to negotiate with Seneca and Iroquois chiefs, leading to the withdrawal of both tribes from the conflict." -- National Portrait Gallery

Another portrait of Sagoyewatha appears in History of the Indian Tribes of North America, by McKenney, Hall, Todd and Todd. It highlights the medal given to Red Jacket by George Washington. 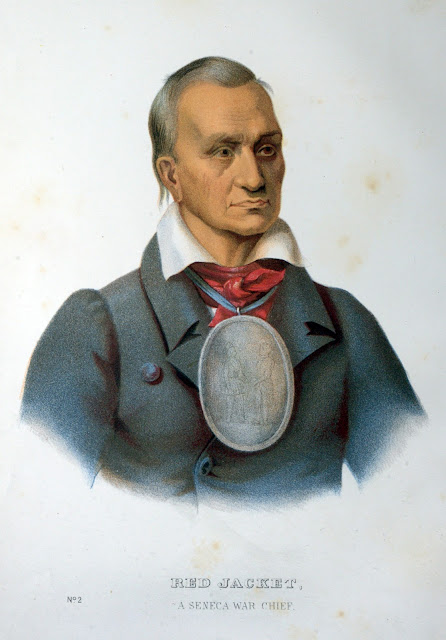 Benson Lossing gives us this drawing of Washington's Medal. 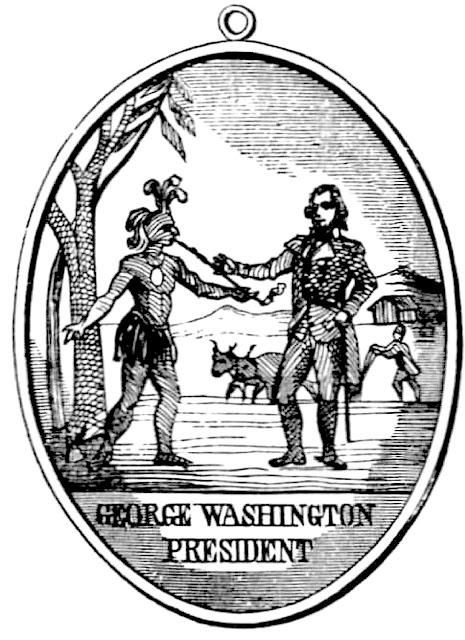 Nearby in the Smithsonian American Art Museum we can see this 1869 painting of The Trial of Red Jacket by John Mix Stanley. 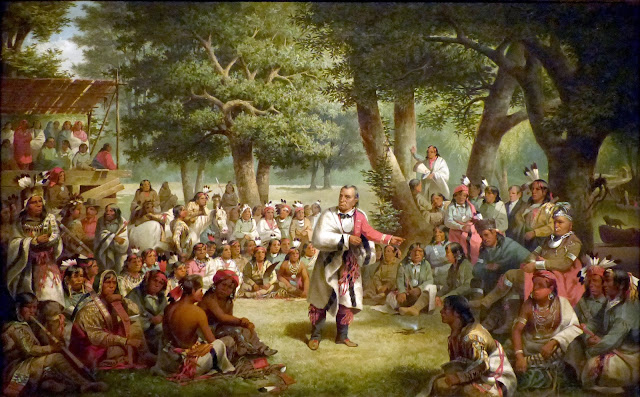 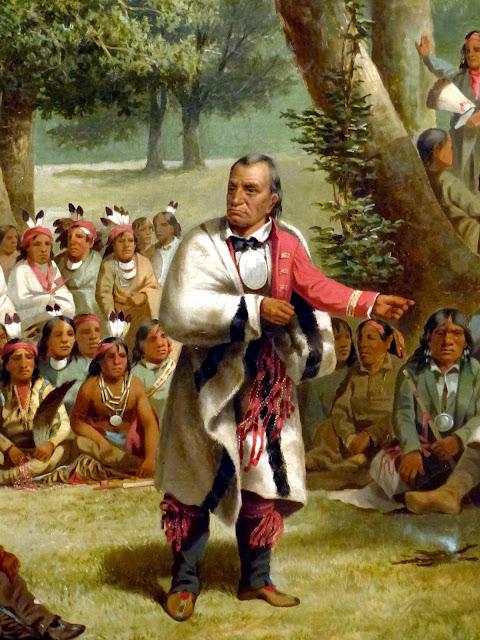 "Red Jacket (1758-1830) was a famous leader of the Seneca tribe of the Iroquois Nation. In this ambitious painting, John Mix Stanley showed the chief defending himself against a charge of witchcraft. Under his white robe is the red jacket given to him by a British officer for his help as a messenger during the American Revolution. Stanley trained as a portrait painter, and all of the figures in this work are portraits of identifiable individuals. The Trial of Red Jacket was almost destroyed in the Smithsonian Institution's fire of 1865." -- Smithsonian American Art Museum