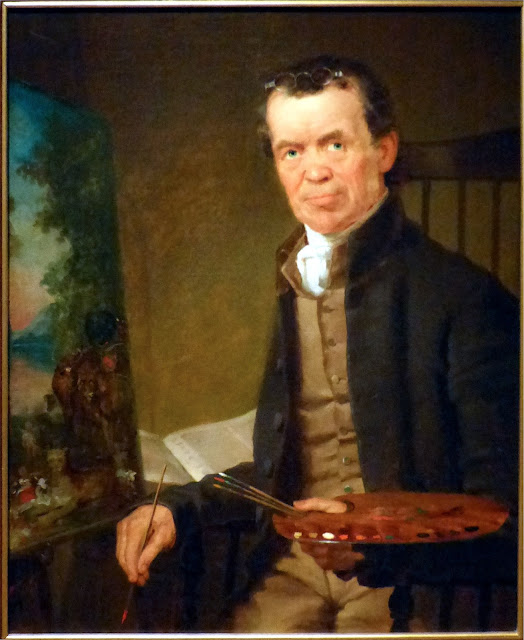 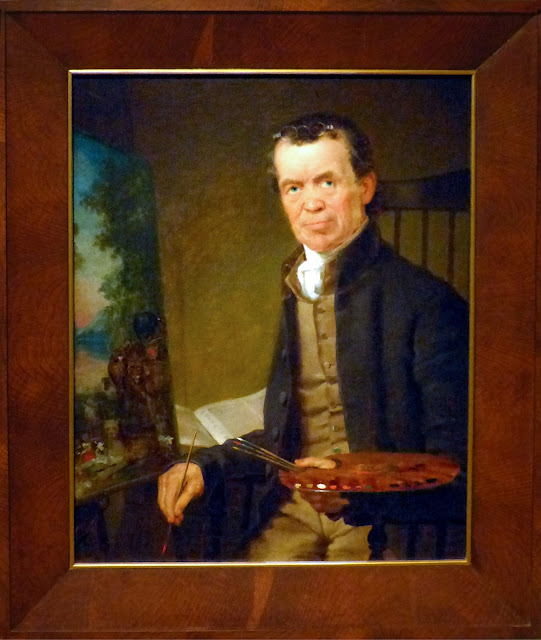 This 1839 painting of Edward Hicks by his cousin Thomas Hicks hangs in the National Portrait Gallery in Washington DC.


"Edward Hicks was a Quaker preacher who made his living as a coach and sign painter. His life was directed by his religion, and in the pictures he undertook as a labor of love he returned repeatedly to a pacifist theme inspired by the prophecy in the Old Testament's book of Isaiah: 'The wolf also shall dwell with the lamb, and the leopard shall lie down with the kid.' Portrayed by his cousin Thomas, Edward Hicks is here at work on one of the hundred or so versions of The Peaceable Kingdom that he painted between 1820 and the night before his death in 1849. His artwork was sold, bartered, or given away to his Bucks County, Pennsylvania, neighbors, and until the twentieth century Hicks was renowned, not as an artist, but for his ability to share aloud the 'inner light' arising from silent spiritual contemplation. " -- National Portrait Gallery