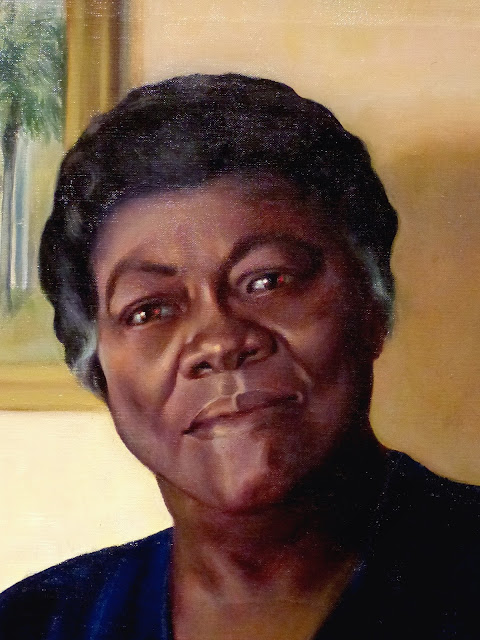 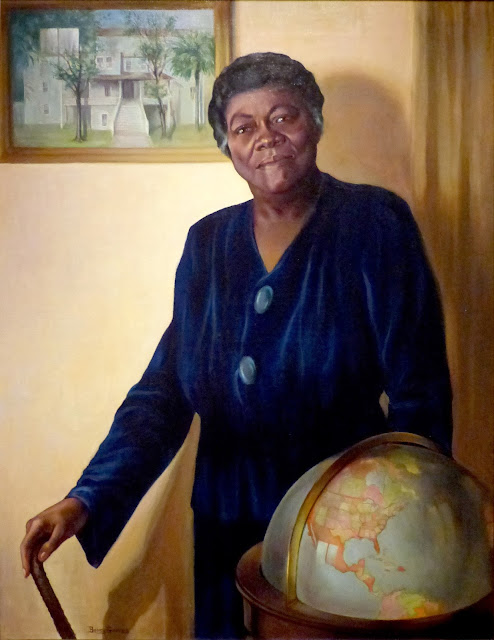 This portrait of Mary McLeod Bethune by Betsy Graves Reyneau hangs in the National Portrait Gallery in Washington, DC.


"On paper, the New Deal programs enacted to ease the economic sufferings of the Depression were open to everyone, but in practice, racial discrimination often kept African Americans from sharing in their full benefits. A black educator and founder of Bethune-Cookman College, Mary McLeod Bethune was determined to correct that inequity. As an official in the National Youth Administration, she proved remarkably effective in assuring blacks access to its employment programs. But her efforts did not stop there. In 1936 she was the chief organizer of a group of Washington-based African American leaders known as the 'black cabinet,' whose self­-appointed mission was to maintain steady pressure on the federal government to create better job opportunities for blacks. Bethune had no physical need for the cane she holds in her portrait. She used it, she said, to give herself 'swank.'" -- National Portrait Gallery


Faith Hall at Cookson College appears in the upper left-hand corner of the painting. 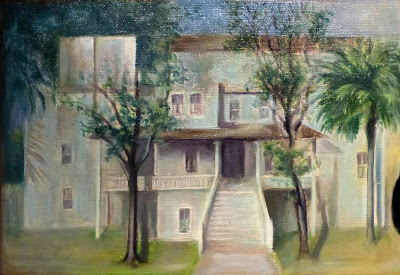 Cookson College grew out of the Daytona Literary and Industrial School for Training Negro Girls in Daytona Beach, Florida which Mary McLeod Bethune built founded on "faith and a dollar and a half" in 1904. 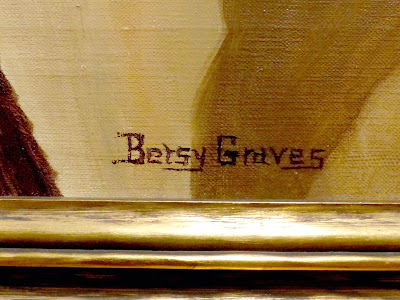