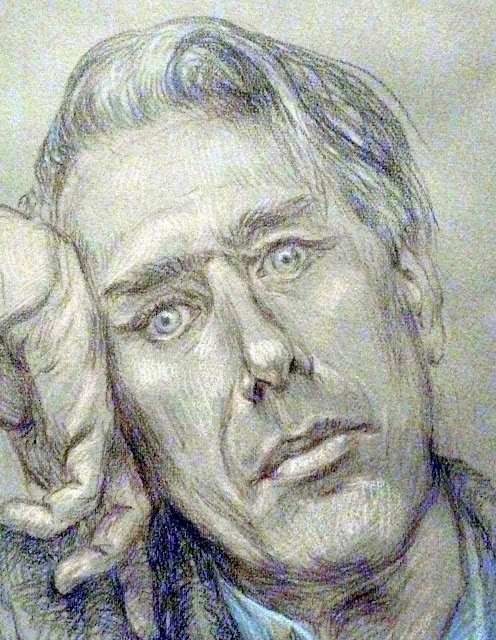 This self-portrait of Paul Cadmus (1904 – 1999) hangs in the National Portrait Gallery in Washington, DC. 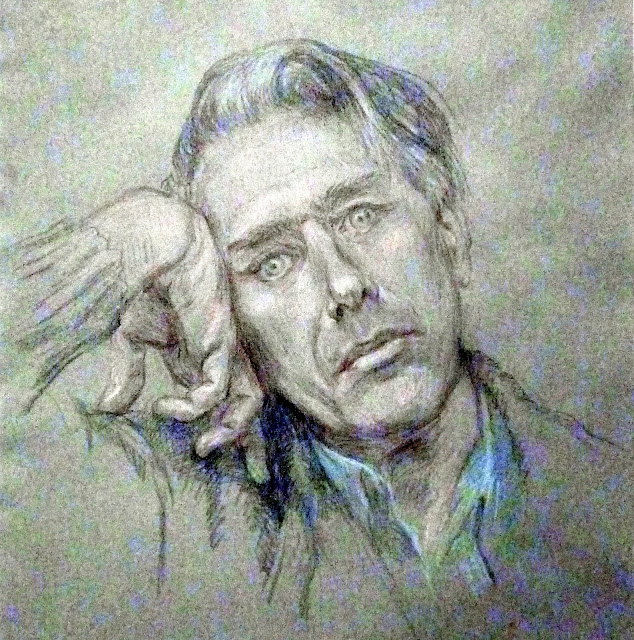 Paul Cadmus met his partner, the young dancer Jon Anderson, shortly before he made this self-portrait in April 1965. Cadmus often used Anderson as a model for his nude drawings, but he also posed for himself. “I’ve done a great many just plain self-portraits,” he noted, “being the most easily available model.” Although the angled hand, dark toned paper, and subtle touches of color recall his meticulous nudes, his unrelenting gaze conveys a less admiring appraisal, as if comparing his aging face to his companion’s youth.

Critics always admired Cadmus’s ability to draw and paint the human form, and he persisted in doing highly finished figurative drawings, even when they became unfashionable at mid-century. For him, a good drawing was “less an act of exploration than a fully resolved work, which, like a poem or musical composition, was worth consideration only in its final, perfected form.” -- National Portrait Gallery 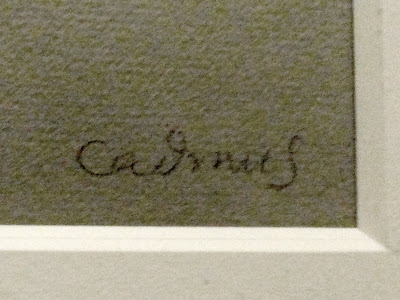 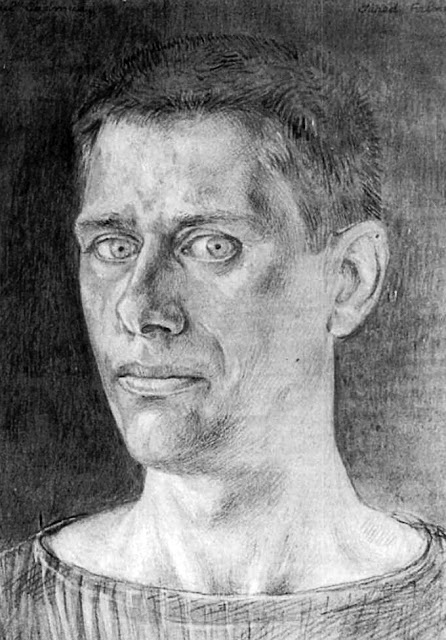 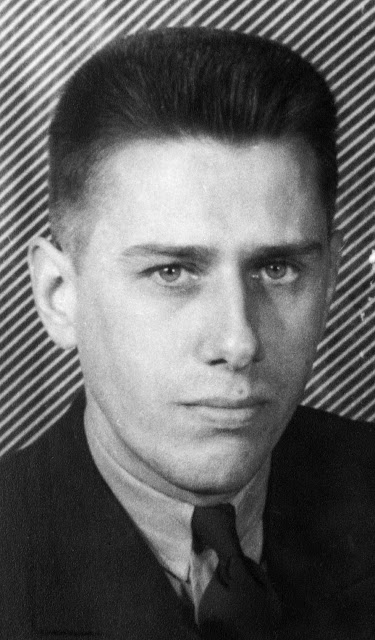 Cadmus' 1934 painting, The Fleet's In, and it's subsequent rejection by the Navy is said to have launched his career. 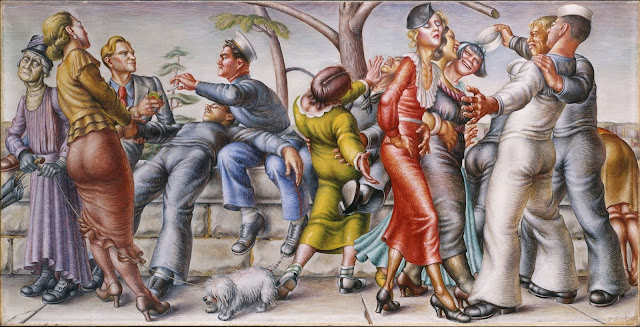 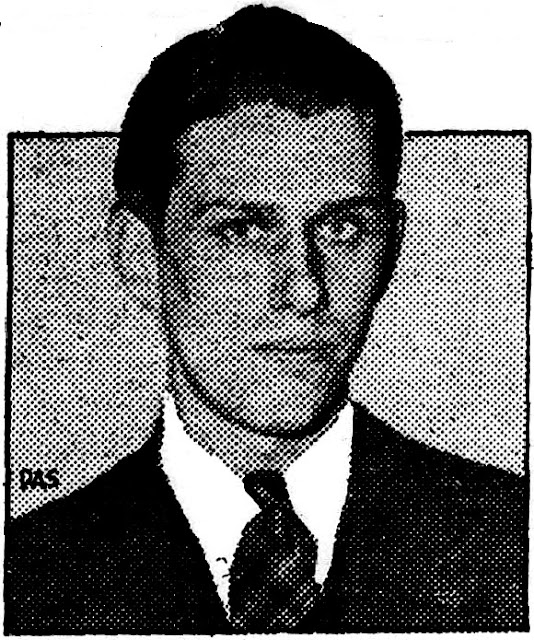 But, he first appeared on the world stage when his picture of a boy on the beach was published  in the New York Tribune's Children's Page on Aug. 9, 1914, signed "Paul Cadmus, age 9."