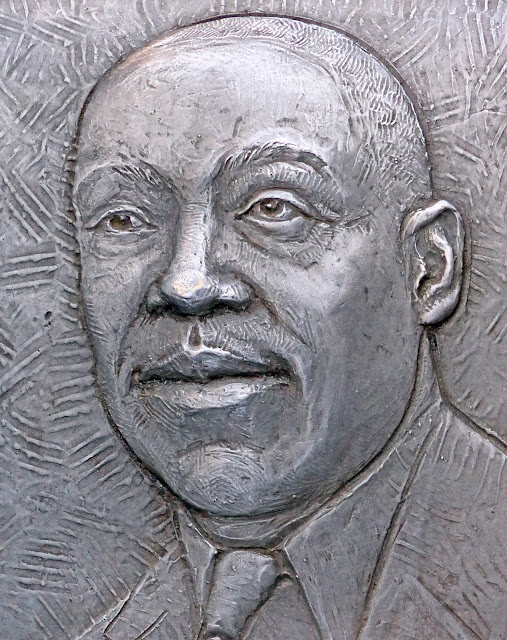 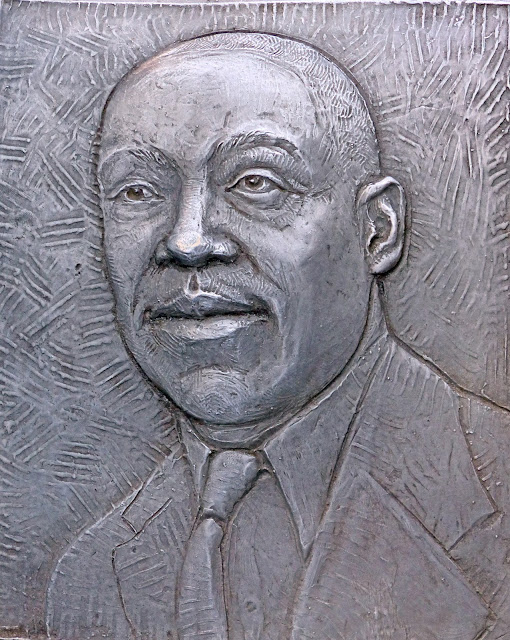 This relief portrait of William B. Gibbs appears as a photo in a statue of a newspaper on a bench on Gibbs Street in Rockville Maryland.

"In 1936, the Rockville Colored Elementary School was the setting for an historical event. Teacher-principal William B. Gibbs, Jr. volunteered as a litigant to challenge Montgomery County’s practice of paying black teachers half the salary of white teachers with equal qualifications.

Mr. Gibbs earned $612 annually, compared with an average white teacher’s salary of $1,362. Attorneys for the Maryland Teachers’ Association, the black teacher’s organization, and the National Association for the Advancement of Colored People (NAACP), among them Thurgood Marshall, filed suit in circuit court. Several property owners in Haiti, a Rockville neighborhood, pledged their houses as collateral, should it be needed. They also helped to found the Montgomery County Chapter of the NAACP at Jerusalem Church.

In 1937, the school board settled out of court. The following year, black teachers received a pay raise equal to 50 percent of the discrepancy, and, beginning in 1938, all teachers were on the same salary scale. The victory was gained at a cost, however. Mr. Gibbs was fired on a technicality regarding his principal’s certificate, and he never taught in Maryland again." -- Rockville: Portrait of a City, by Eileen S. McGuckian. 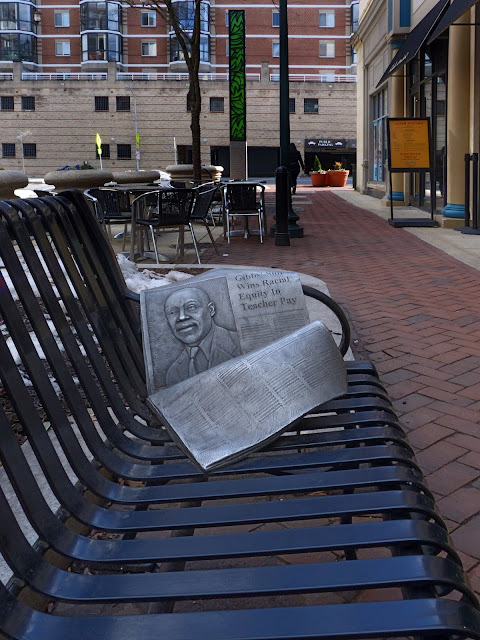 The sculpture portrays a newspaper left behind on a public bench. The headline reads, "Gibbs' Suit Wins Racial Equity in Teacher Pay." 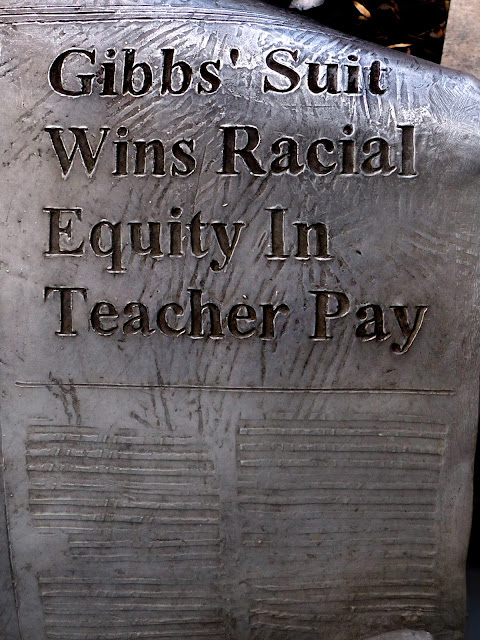 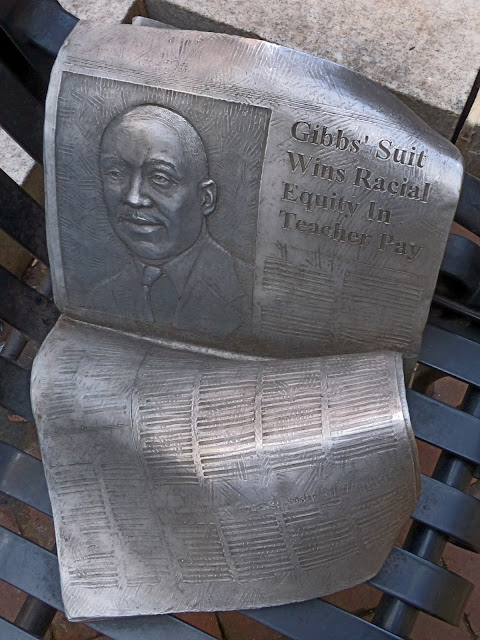 This  photo of Gibbs' 1936 letter to Marshall is on display in Rockville's Old Brick Courthouse. 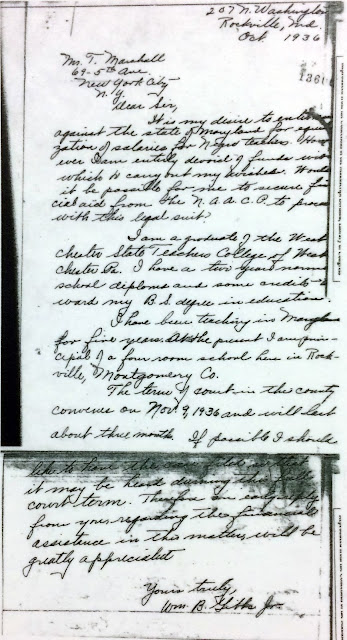 Dear Sir,
It is my desire to enlist you against the State of Maryland for equalization of salaries for Negro Teachers. However I am entirely devoid of funds with which to carry out my wishes. Would it be possible for me to secure financial aid form the N.A.A.C.P. to proceed with this legal suit?
I am a graduate of the West Chester State Teachers College of West Chester Pa. I have a two year normal school diploma and some credits toward my B.S. degree in education.
I have been teaching in Maryland for five years. At the present I am principal of a four room school here in Rockville, Montgomery Co.
The term of court in this county convenes on Nov. 9, 1936 and will last about three months. if possible I should like to have the case filed so that it may  be heard during this falls court term. Therefore in early reply from you, regarding the financial assistance in this matter will be greatly appreciated.
Yours Truly,
Wm. B. Gibbs, jr. 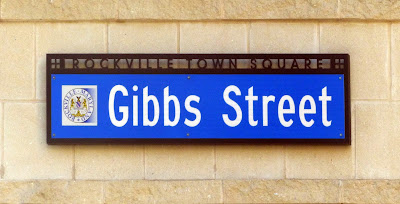 At about the middle of Gibbs Street, north of the newspaper sculpture, we find another sculptural   monument to Gibbs. This 2010 installation by C. Lees celebrates Gibbs' roles as Educator, Leader and Advocate. 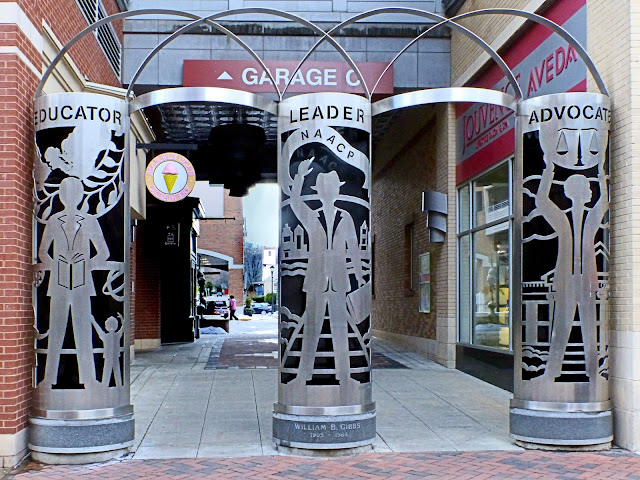