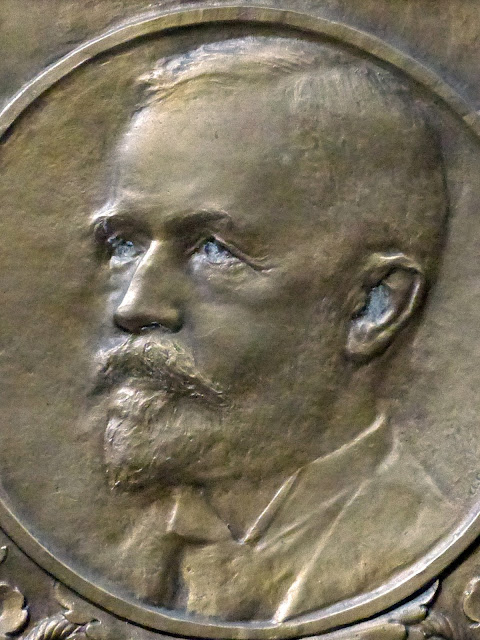 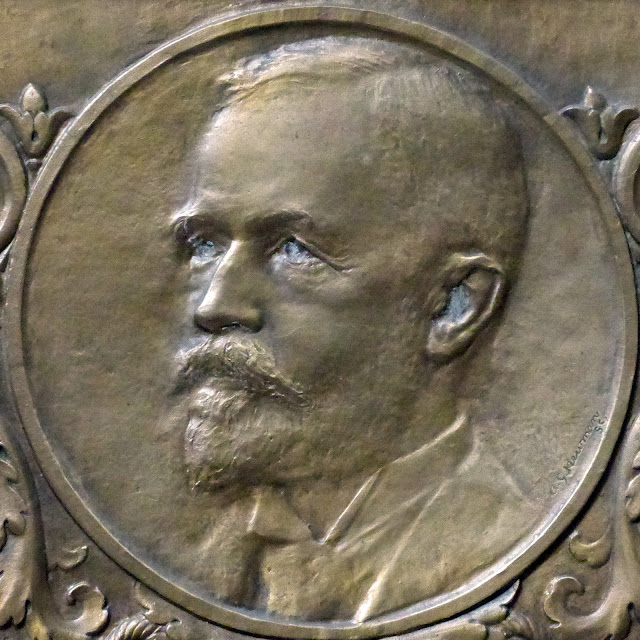 This relief of William Frederick Allen by A. G. Newman is part of a plaque in main hall of Union Station in Washington, DC. 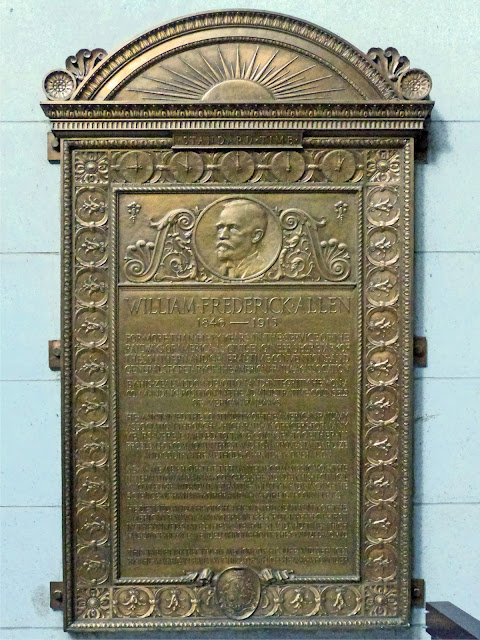 By his zeal wisdom devotion and integrity he won a commanding position in the administrative counsels of American railways.

He maintained continuity of the American Railway Association through which railway officers for many years were enabled to take counsel together on problems of common interest and to improve standardize and codify the methods of railway operation.

As a member of the permanent commission of the International Railway Congress he aided by his technical knowledge and administrative ability in advancing the science of railway operation in foreign countries.

He devised and through the instrumentality of the American railway managers in 1883 put into effect first in the united states the system of standard time which has since been extended throughout the civilized world.

This tablet is erected in memory of his life and services by the American Railway Guild of which he was founder. 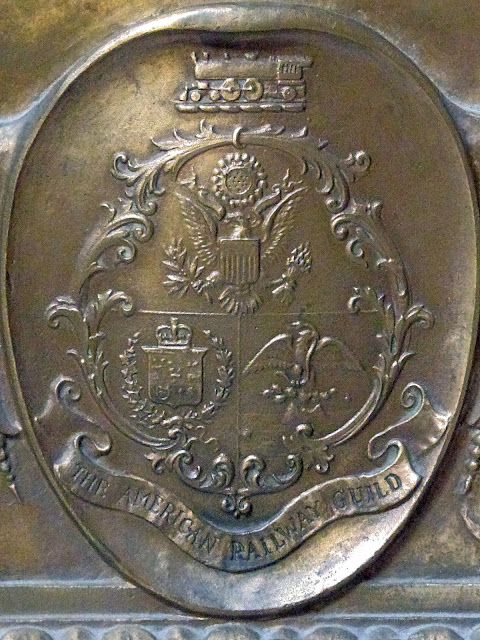 Allen (1846-1915) is the guy who brought chronological order out of chaos in this country. In 1881 Allen was tasked with making sense out of the hodgepodge of 50 existing railroad time standards, which caused not just irritating but deadly confusion as trains supposedly running at different times simultaneously found themselves on the same stretch of track. On Nov. 18, 1883, Allen's system of four east-west time zones went into effect, and since then everyone has known what time it is.

Charles F. Dowd had proposed standard time in 1870. William F. Allen convinced the American Railroad companies to adopt a five-zone standard similar to the one we use today on November 18, 1883. They set the time meridian for Pacific time at 120° west, Mountain time at 105° west, Central time at 90° west,  Eastern time at 75° west, and "Atlantic Intercolonial" time at 60° west.  (See Allen's own account of the time convention in W. F. Allen, "History of the movement by which the adoption of standard time was consummated", Proceedings of the American Metrological Society 4 (1884).)

This photo of W. F. Allen appeared in Leslie's Popular Monthly Vol. XVII, No. 4, April 1884 in an article entitled  How Uniform Standard Time Came About. 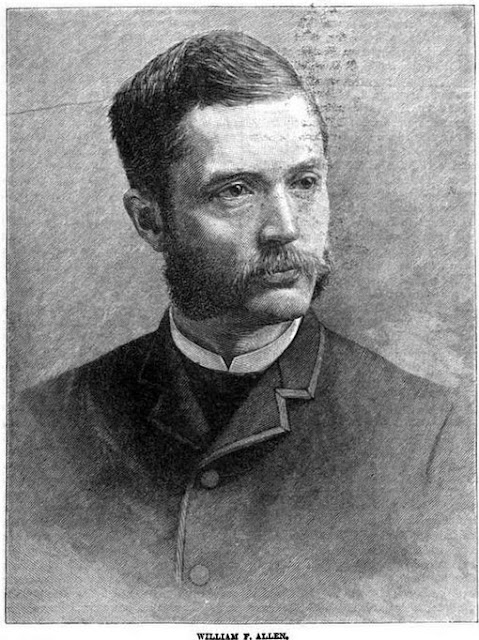 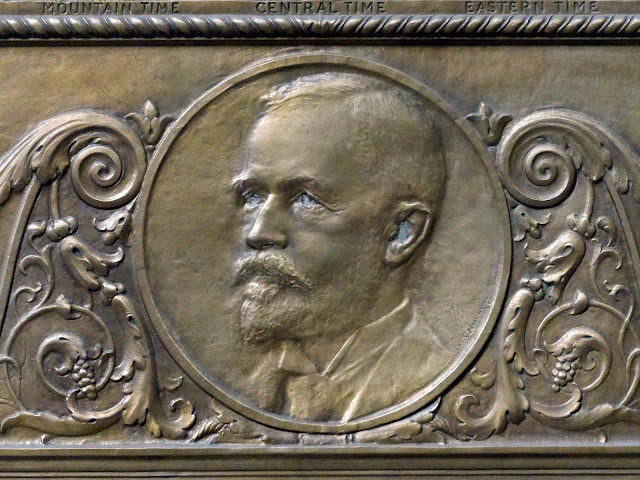