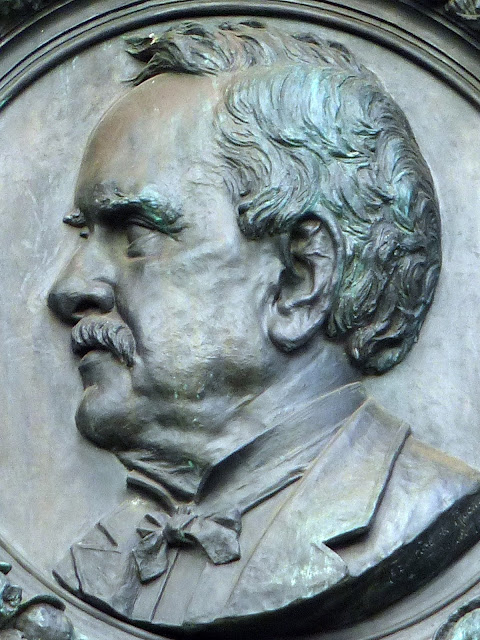 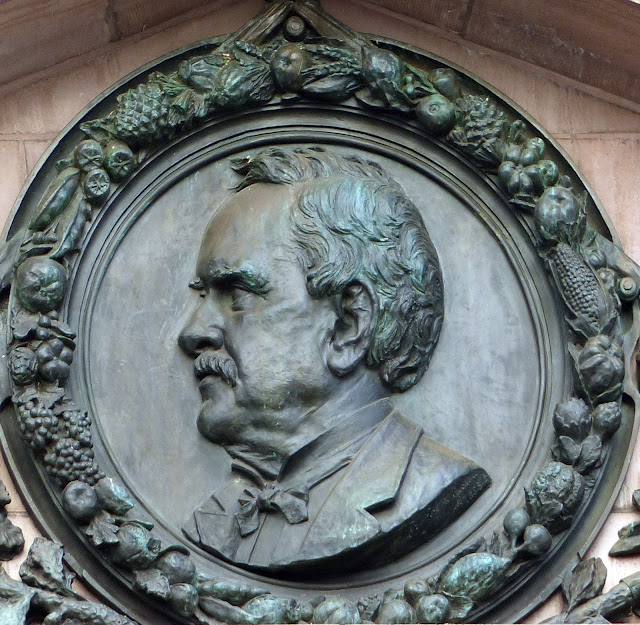 This ca. 1878 bas-relief portrait of W. W. Corcoran by Moses Jacob Ezekiel fills the tympanum of the Renwick building in Washington, DC. 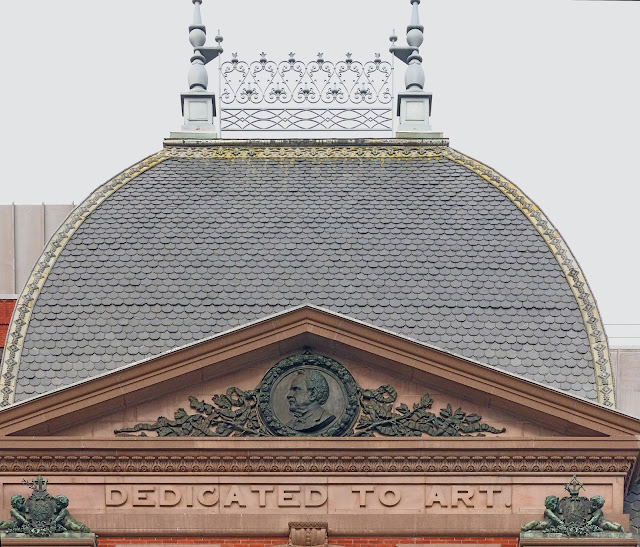 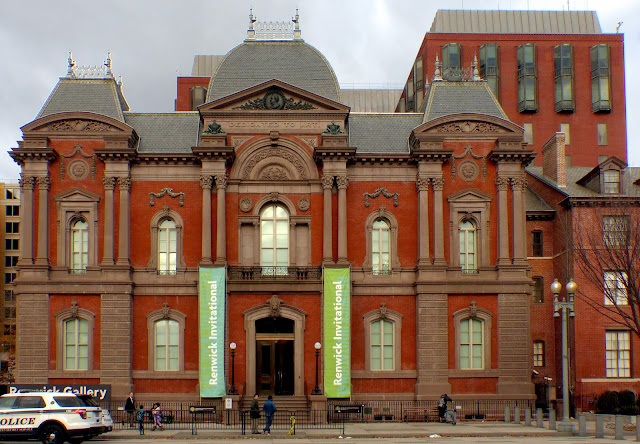 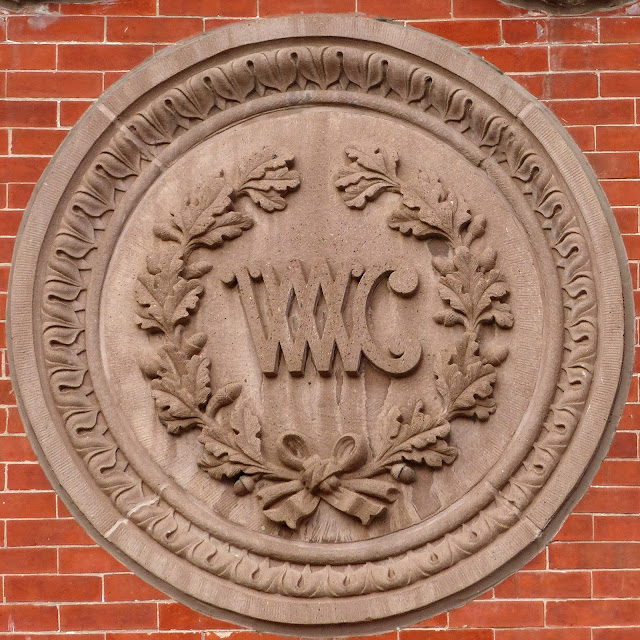 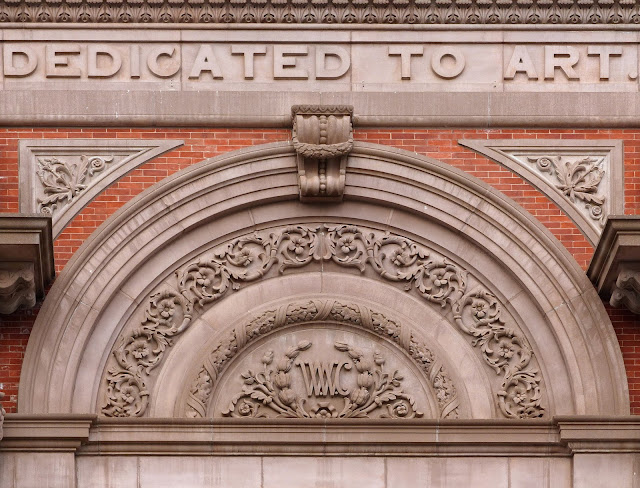 This illustration of "The New Gallery of Art Renwick & Auchmuty, Architects" signed Waters-Tiltonin  in the Library of Congress, shows the tympanum filled by sculptural figures not the portrait of Corcoran. 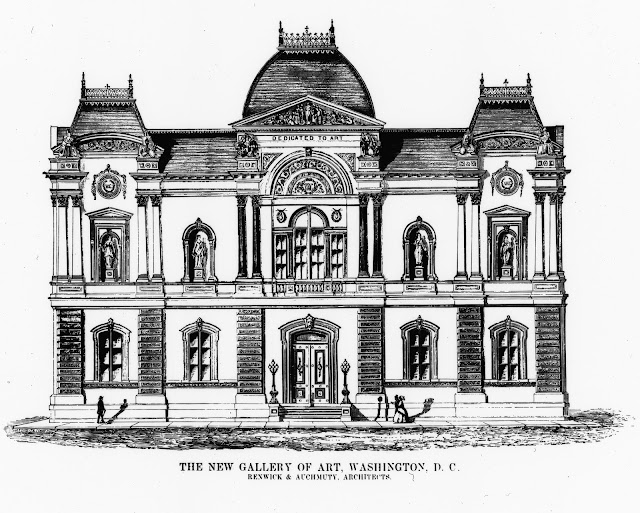 This  photo taken between circa 1884-88 shows Ezekiel's Corcoran portrait in place (LOC). 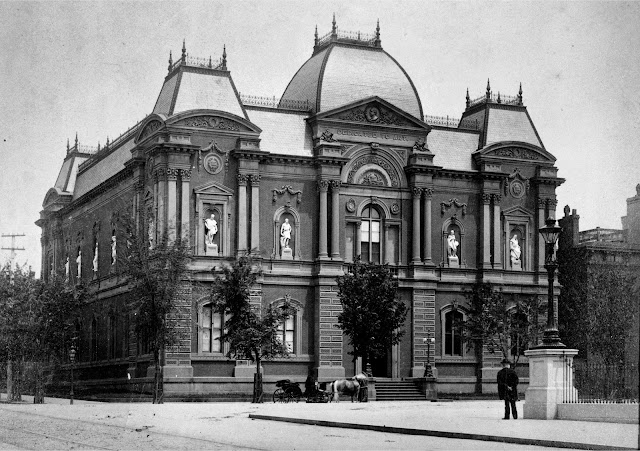 Until 1900 large niches on the second floor level contained sculptures of "the greatest artists and sculptors of all time." Today the niches have given way to windows.  This 1963 HABS drawing of what was then the Court of Claims shows the windows replacing the niches. 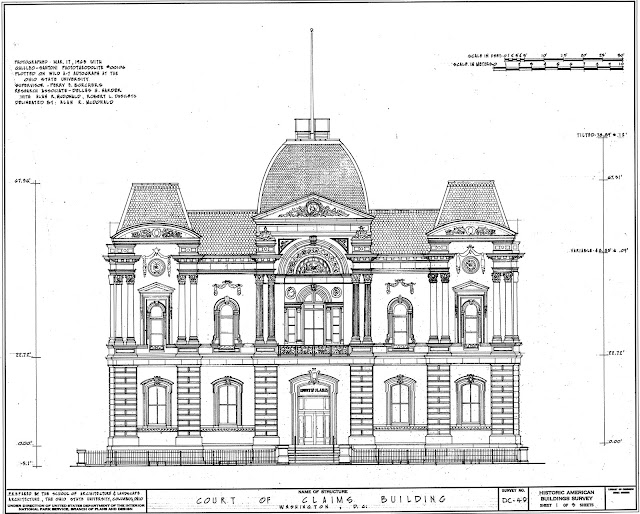 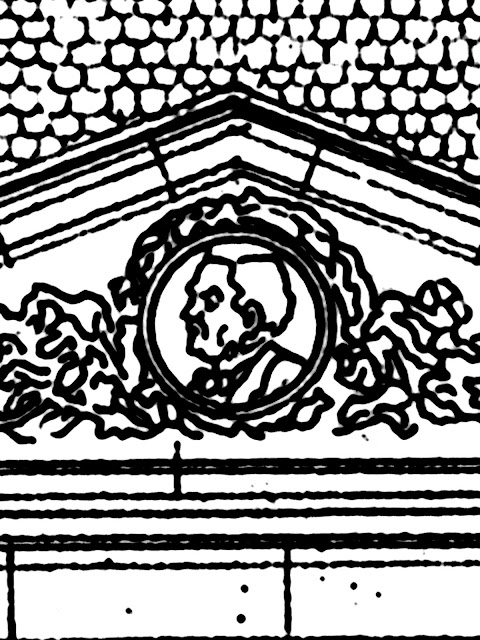