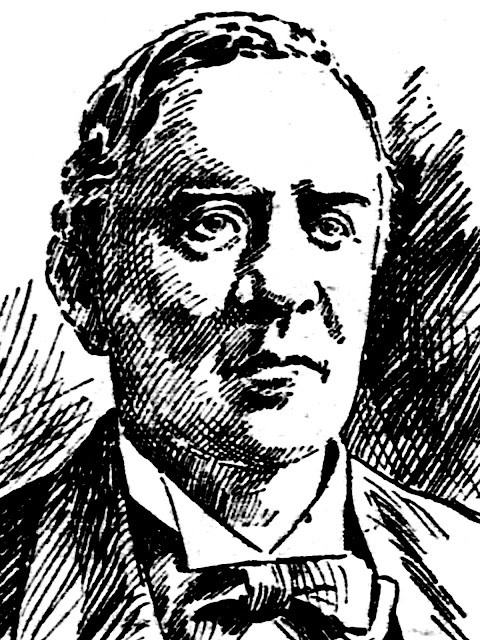 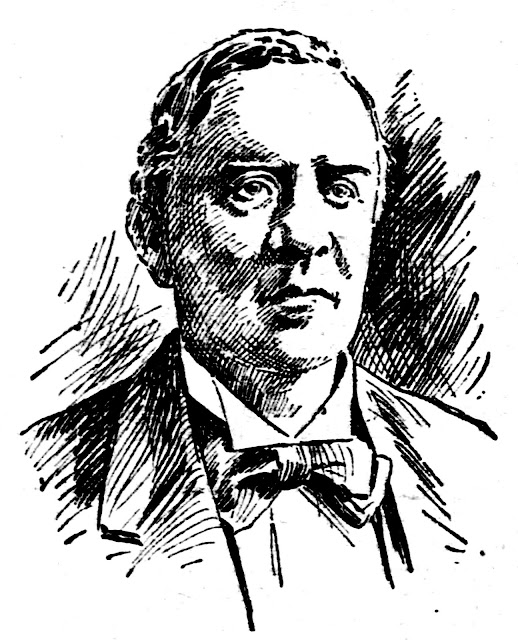 This portrait of Colonel James Madison Cutts appeared in the The Washington Evening Star on Feb. 25 1903 in Cutts' page 8 obituary entitled Union Veteran Dead.
Cutts' Page on the Arlington Cemetery Website has this quote from a description of Hero of the Republic by Bing G. Spitler:

“Colorful” hardly describes the career of this Union officer. From a prominent family and a graduate of Brown University and Harvard Law School, Cutts joined the army in 1861 and was awarded a triple Medal of Honor, the only such medal ever issued, for bravery at the Wilderness, Spotsylvania, and Petersburg. However the medal was not given until 1891, the delay due in part to a string of career-busting events. These include being caught peering over the transom at a married woman while she undressed, refusing a challenge to a duel, three courts martial, involvement with a pyromaniac army doctor, ripping the chevrons off one soldier's uniform and hitting another so hard that Cutts broke his own hand, and seizing property owned by an influential carpetbagger.

Col. Cutts was born October 2, 1837 in a house “on 19th street between F and G streets north west,” Washington DC.

James Madison Cutts' father, James Madison Cutts, Sr., was second controller of the treasury in the Buchanan administration, his mother, Ellen Elizabeth O'Neil, was the sister of Rose O'Neill Greenhow. He, James, Jr., was the grandson of Richard Cutts whose wife Anna was the sister of Dolly Madison. His sister Rose Adele married Steven A. Douglas.

James M. Cutts entered the Civil War as an enlisted man in the 1st Rhode Island Infantry. He soon became captain of the 11th Infantry Regiment. He was appointed Judge Advocate under General Burnside and presided over the trial of Clement Vallandigham. He was court-martialed in June of 1863 for conduct unbecoming an officer. This explanation of the Court-Martial appeared as a footnote in the Collected Works of Abraham Lincoln. Volume 6. page 538-39:

The court-martial trial on June 30, 1863, of Captain James Madison Cutts, Jr., brother of Stephen A. Douglas' second wife, on the charge of “conduct unbecoming an officer and a gentleman,” involved three subordinate specifications: (1) that Cutts had used unbecoming language in addressing Captain Charles G. Hutton, aide-de-camp to General Burnside, when Hutton attempted to take over Cutts' desk; (2) that Cutts had sent a written communication to Major William Cutting derogatory to the accomplishments of Captain Hutton as an officer; and (3) that the said “James M. Cutts . . . did, on or about the 10th day of April, 1863, while occupying room No. 79, Burnet House, Cincinnati, Ohio, on the afternoon of said day, attempt to look through the key-hole of room No. 80 of said house, occupied by a gentleman and his wife; and did, in the evening of said day, at about half past eleven o'clock, after said lady had retired to her room, and while her husband was in the corridor below, said lady being at the time partly undressed, previous to retiring, take a valise or portmanteau from his room and . . . placing himself thereon, did look through the Venetian blind or transom light in or over the door into said room and at said lady while undressing. . . .” (AGO General Orders No. 330, October 8, 1863). To the first and second specifications Cutts pleaded not guilty; to the third, he acknowledged the facts “with deep regret,” and pleaded guilty. The court found him guilty on all three specifications and sentenced him to be dismissed from the service.

Read the Charge and Specifications, Cutts' plea and the Verdict here.

Lincoln affirmed the court's decision on all three counts but commuted Cutts' sentence to a reprimand in view of his “previous good character . . . and gallant conduct in battle ”  John Hay relates in his diary, on July 18,  Lincoln's remark that Cutts, “should be elevated to the peerage for it with the title of Count Peeper.” (Count Piper was the Swedish Minister).  In his reprimand letter, Lincoln warns Cutts against quarreling: “Better give your path to a dog, than be bitten by him in contesting for the right. Even killing the dog would not cure the bite.”

The illustration below of Captain Cutts comes from a rare, 1950 book called A Lincoln Reprimand by Bernhardt Wall. 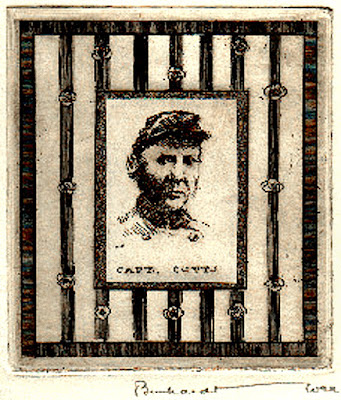 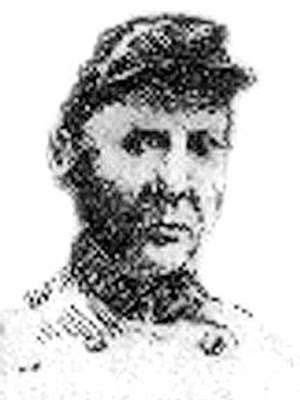 Cutts would go on to display gallantry at the Wilderness, Spotsylvania and Petersburg in 1864. For which he was awarded the Congressional Medal of Honor.  He remained in the army after the war in the 20th Infantry.

In 1868, he was court-martialed again. As the Wikipedia puts it “Cutts was accused of being intoxicated while on duty, being indecently dressed, and being abusive to the soldiers under his command.” Specification 6 of the charges and specifications claims that he “did expose himself in the saloon of the steamboat T. D. Hine in an almost nude condition, in full view of a number of passengers, male and female, using abusive, profane, and vulgar language in the presence of said passengers and otherwise deporting himself in an ungentlemanly manner.”  He resigned in the face of dismissal on June 9, 1968.

James M. Cutts taught rhetoric and and oratory at Seton Hall University, and in 1881 took a job in the War Department. He and his family settled at 534 20th Street Northwest.

He died of uremia on February 24, 1903 and was buried in Arlington Cemetery. 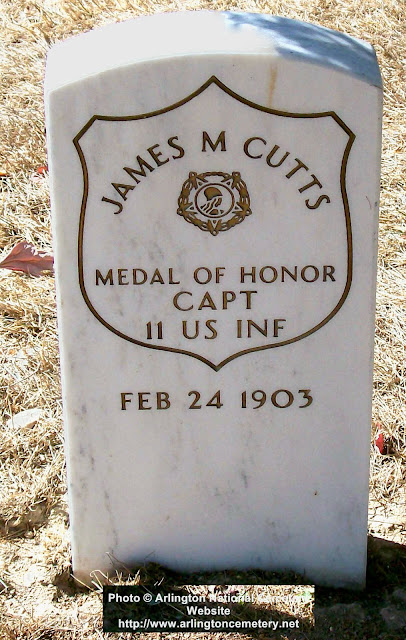