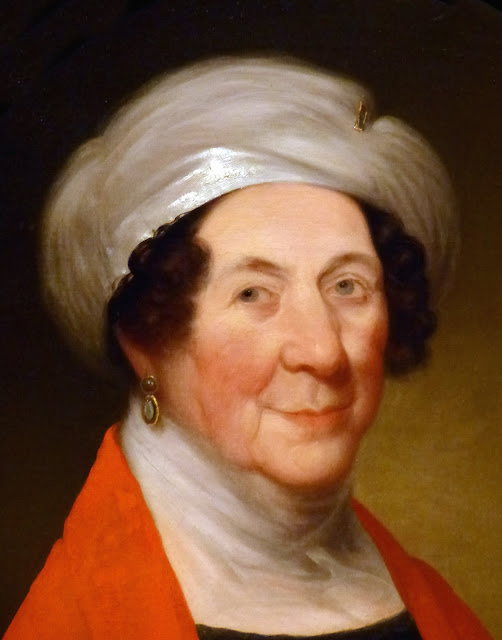 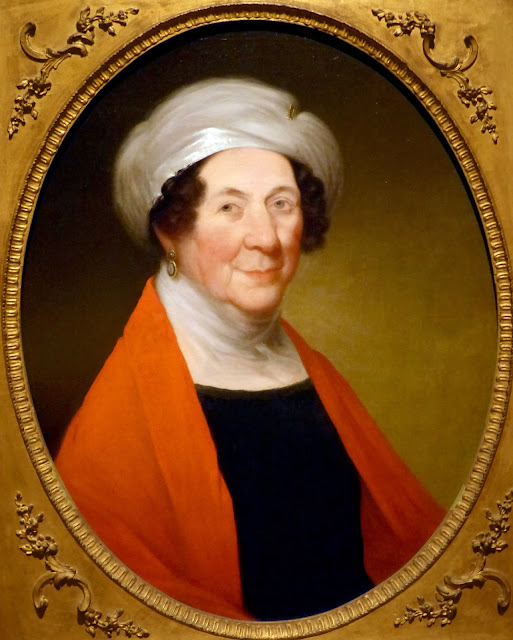 This 1848 portrait of Dolley Madison by William S. Elwell hangs in the National Portrait Gallery in Washington, DC.


"Dolley Madison served as White House hostess during the administrations of the widowed Thomas Jefferson and her own husband, James Madison. Her effervescence doubtless accounted, in part at least, for the popularity of Madison's presidency in its last several years. After the end of Madison's term in 1817, Dolley helped her husband put his papers in order, selling a portion of them to Congress after his death.

William Elwell painted Dolley Madison's portrait in February 1848 and later sold it to her longtime friend William Winston Seaton, editor and co-owner of the Washington, D.C., newspaper The National Intelligencer. The portrait offers a glimpse of the aging Mrs. Madison, described by the artist in his diary as 'a very Estimable lady' kind & obliging - one of the Old School.'" - National Portrait Gallery

This engraving after A. Chapell from Duyckinck, 1873 shows a more youthful Dorothy Payne Madison. 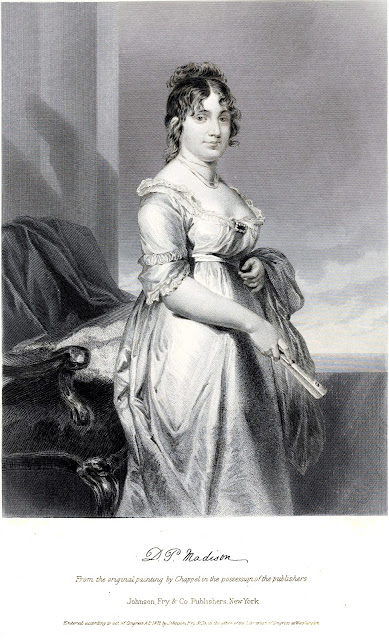