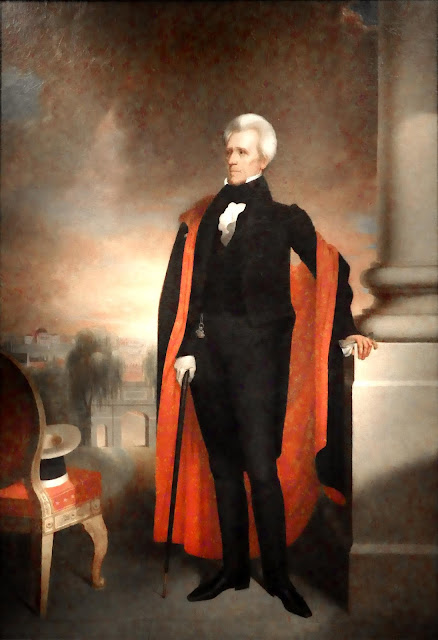 This 1836-37 portrait of Andrew Jackson by Ralph E. W. Earl hangs in the National Portrait Gallery in Washington DC.


"With the possible exception of Abraham Lincoln, no nineteenth-century president wielded his powers more aggressively than Andrew Jackson, which is confirmed by his use of the presidential veto over Congress. Unlike his predecessors, who invoked that power on strictly constitutional grounds, Jackson vetoed key congressional measures, not because he deemed them illegal, but simply because he did not like them. In doing so, he set a precedent that vastly enlarged the presidential role in congressional law­making. Among Jackson's opponents, this executive activism drew charges of dictatorship. Those accusations, however, carried little weight among yeoman farmers and laborers, who doted on Jackson's professed opposition to elitism.

Jackson is here depicted in the last year of his presidency, standing on the east portico of the White House with the Capitol in the distance. In 1836 Jackson selected the plan, architects, and site for the new Patent Office Building, now the home of the National Portrait Gallery and the Smithsonian American Art Museum." -  SAAM 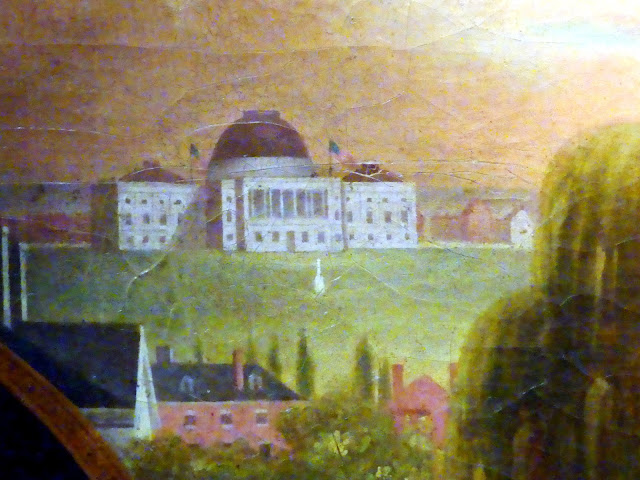 
The Bulfinch dome as shown here adorned the Capitol between 1924 and 1956. It was replaced by the current dome in 1863. 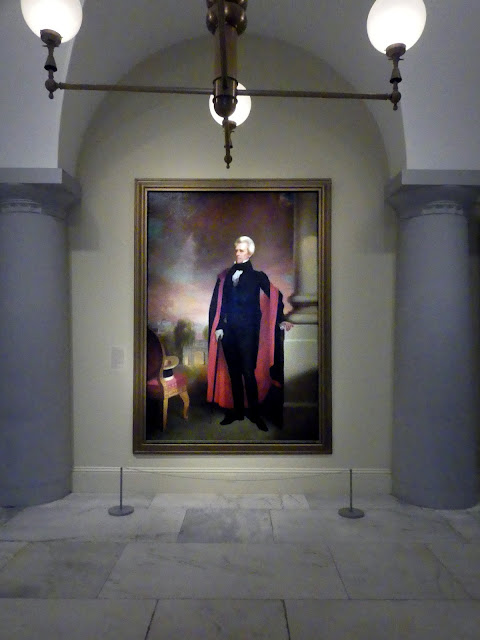