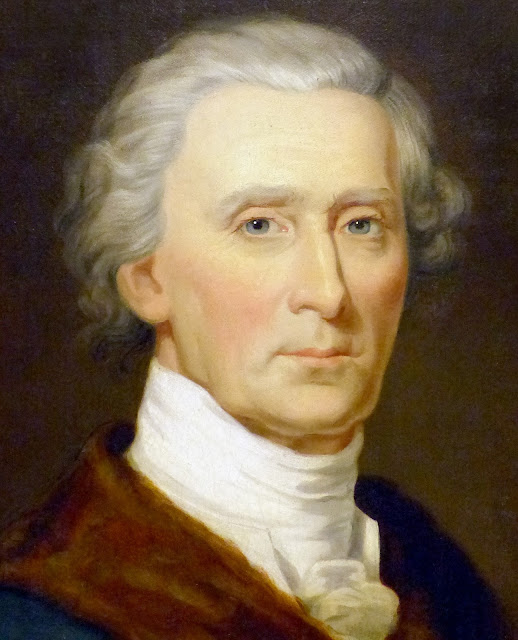 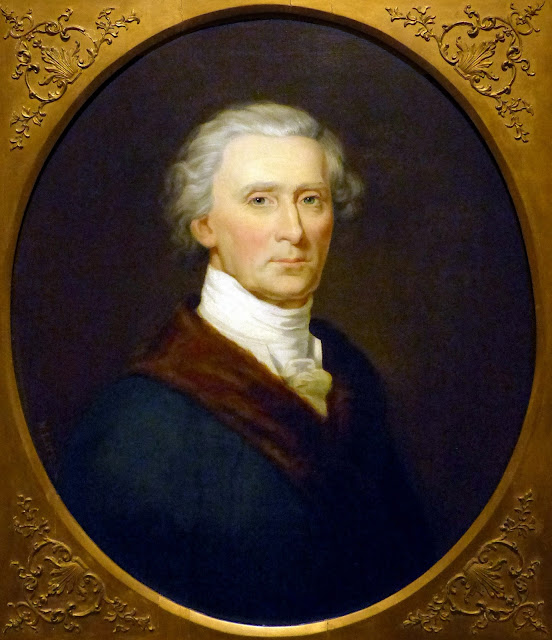 This c. 1847 portrait of Charles Carroll of Carrollton by Michael Laty (after Robert Field) hangs in the Maryland Historical Society Museum in Baltimore, Maryland.


"Charles Carroll of Carrollton was born in Annapolis to Charles Carroll of Annapolis (1702-1782) and his wife, Elizabeth Brooke (1709-1761). After studying civil law at the College of St. Louis Le Grand, Rheims, France, and common law at The Temple, London, he returned to Maryland in 1765. One of the earliest advocates for independence, the wealthy and influential Carroll served as a delegate to the Continental Congress and the Confederation Congress. He was the only Catholic to sign the Declaration of Independence and the last surviving signer, dying at 95 years of age..." -- Maryland Historical Society

Benson Lossing in "Eminent Americans", 1881, has this portrait of Carroll and his signature. 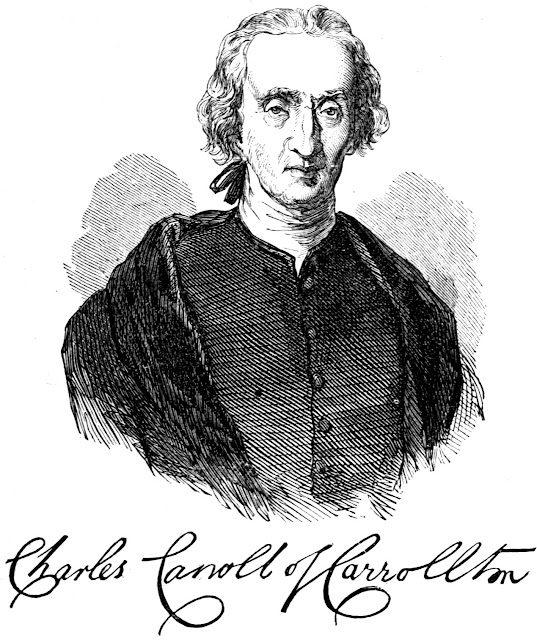