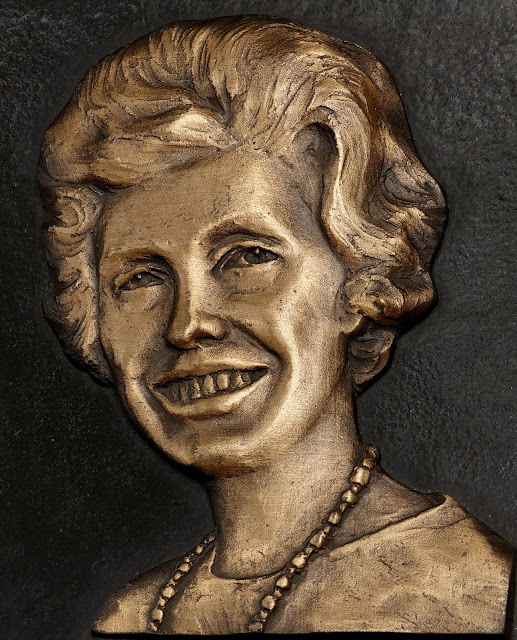 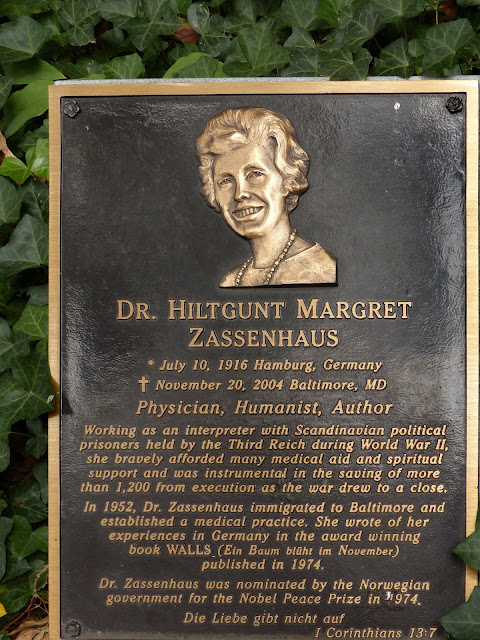 "Dr. Hitgunt Margret
Zassenahaus
July 10, 1916 Hamburg, Germany
November 20, 2004 Baltimore, MD
Physician, Humanist, Author
Working as an interpreter with Scandinavian political prisoners held by the Third Reich during World War II, she bravely afforded many medical aid and spiritual support and was instrumental in the saving of more than 1,200 from execution as the war drew to a close.

In 1952, Dr. Zassenhaus immigrated to Baltimore and established a medical practice. She wrote of her experiences in Germany in the award winning book Walls (Ein Baum blüht im November) published in 1974.

Dr. Zassenhaus was nominated by the Norwegian government for the Nobel Peace Prize in 1974." -- Historical Marker at Zion Lutheran Church 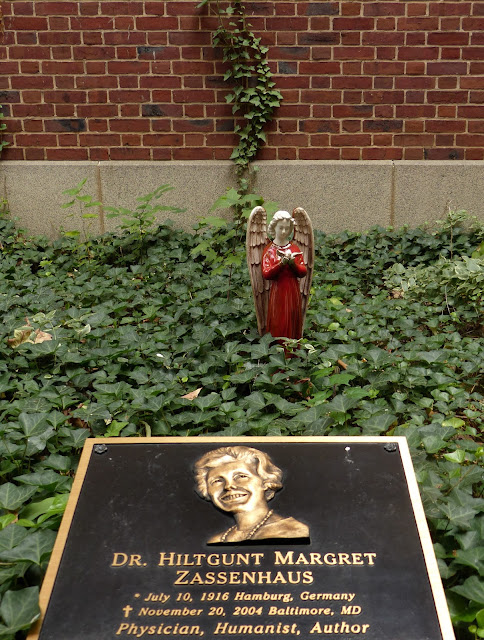