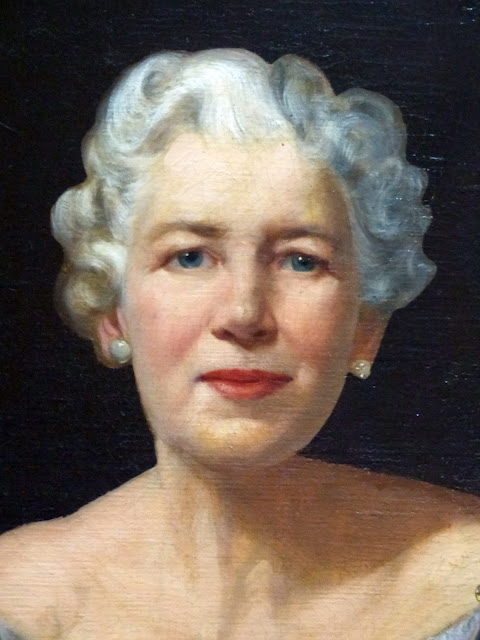 This 1956 portrait of Adele Hagner Stamp (1893-1974) by Ann Didusch Schuler hangs in the Adele H. Stamp Student Union on the Campus of the University of Maryland in College Park, Maryland.


"Dean Adele Hagner Stamp, educator and community leader, was born in Catonsville, Maryland. She received her bachelor's degree from Tulane University, her master's degree from the University of Maryland, and did additional graduate work at Catholic and American Universities. In 1922, Stamp was offered a one-year contract as the Dean of Women at the University of Maryland. At the end of that year, her contract was renewed, eventhough she had promised to take a position with the Red Cross. By the end of two years, she knew that she wanted this to be her life's work. For the next 38 years until her retirement in 1960, she served as the University's Dean of Women.

When Stamp became Dean of Women there were only 93 undergraduate women at the University. She knew that they were expected to be pioneers in women's education and that they must meet high standards. She served as teacher, counselor, philosopher, administrator, friend and role model to many young women and men.

She was also active in professional and community groups. She organized the College Park Branch of the American Association of University Women and served on their state and national boards. Her activities in politics included attending three Democratic National Conventions and membership in the National Democratic Women's Club. Her state service included terms as Chair of Library Extension and of Education, for which she made speeches throughout Maryland urging higher salaries for teachers, better schools, and support for education bills in the legislature. At her retirement in 1960, Stamp received the title of Dean of Women Emeritus from the University's Board of Regents. She was the first woman to receive the title of emeritus which is the highest honor awarded a faculty member. Some years later, in 1983, the Board of Regents named the student union building at the College Park campus the Adele H. Stamp Union in recognition of her extraordinary contributions to the University. " -- Maryland Women's hall of Fame. 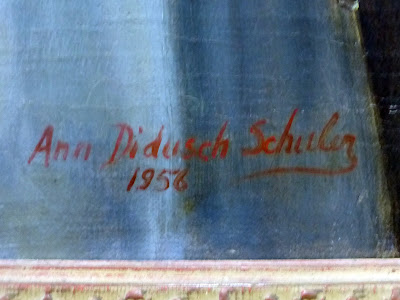 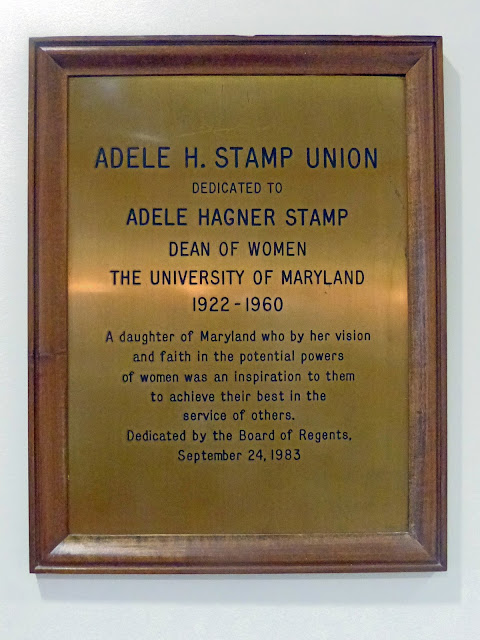 Adele H. Stamp Union
Dedicated to
Adele Hagner Stamp
Dean of Women
The University of Maryland
1922-1960
A daughter of Maryland who by her vision
and faith in the potential powers
of women was an inspiration to them
to achieve their best in the
service of others.
Dedicated by the Board of Regents,
September 24, 1983