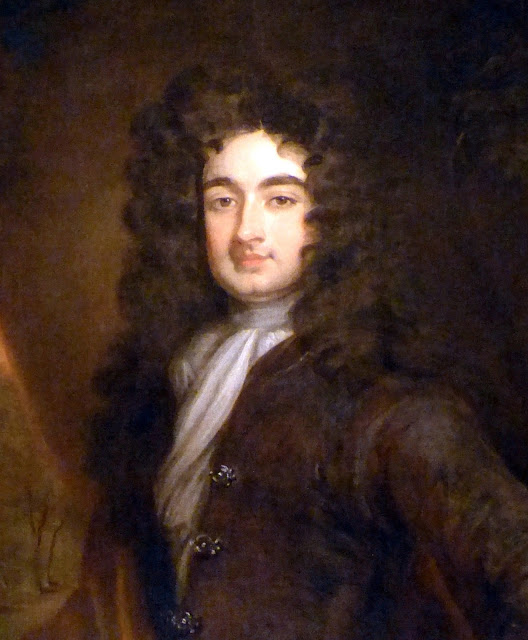 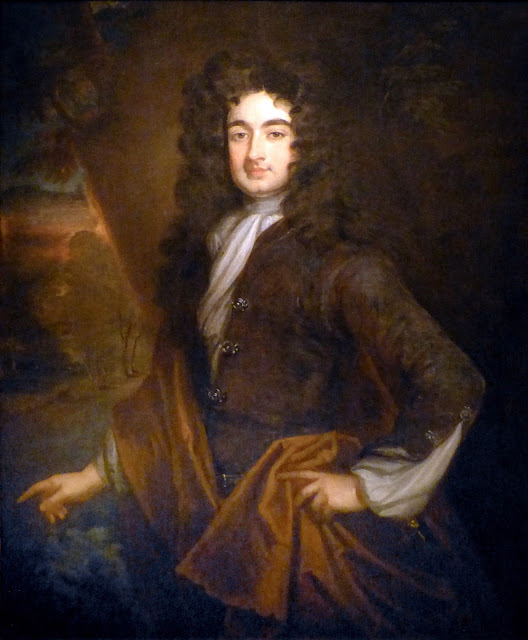 
"William Byrd II inherited a great deal of property In Virginia that, together with the force of his personality and his own accomplishments, made him one of the most prominent and powerful men in the colony. He was educated and practiced law in England and traveled extensively there and on the Continent. Before returning to America, he commissioned this stylish portrait by Sir Godfrey Kneller, the principal painter to the British monarch. Byrd was a successful tobacco planter and served for many years on the Virginia Council. In 1728 he played a lead role in surveying the Virginia-North Carolina boundary line. One result of this work was Byrd's book, The History of the Dividing Line Run in the Year 1728, a colorful account of Virginia's history and its flora and fauna. Late in life he built Westover, a Georgian mansion on the James River, where he housed his collection of thirty portraits of family and other persons of note." -- National Portrait Gallery

The portrait is displayed over an  English oak chest. 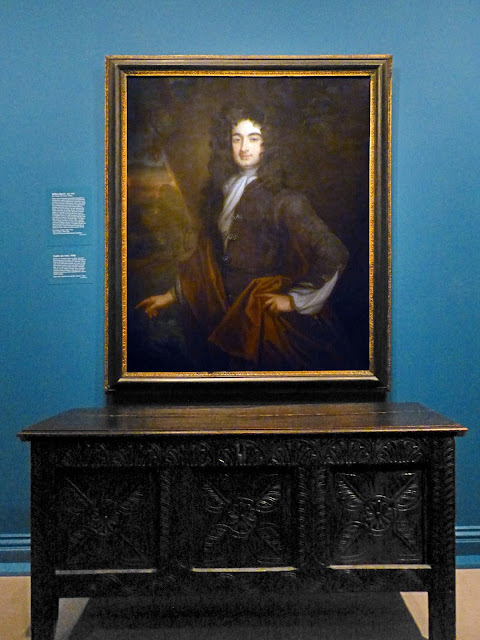 "Because of the limited space on ships, most emigres during the first century of British settlement in America brought only the basic necessities. Chests such as this decorated example were used to store and transport goods on the transatlantic passage and, once in the New World, became reminders of their owners' English heritage. Many industries, including furniture-making, soon grew up in the colonies, and artisans often modeled their work on English designs." -- National Portrait Gallery

This 1939 portrait of William Byrd by Paul Cadmus is part of a WPA mural installation in the Virginia Federal Courthouse Library in Richmond, Virginia.