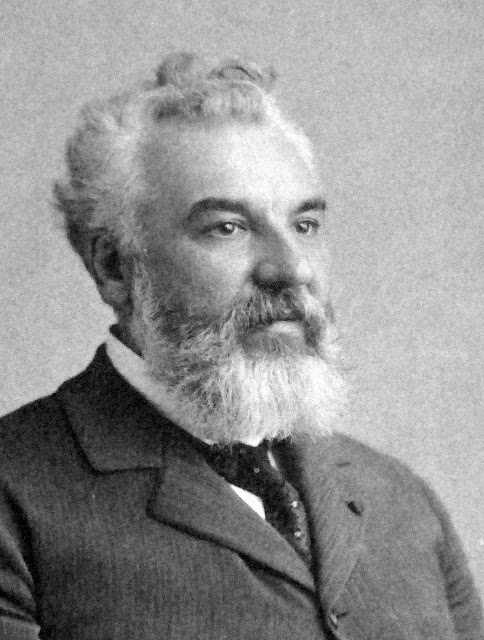 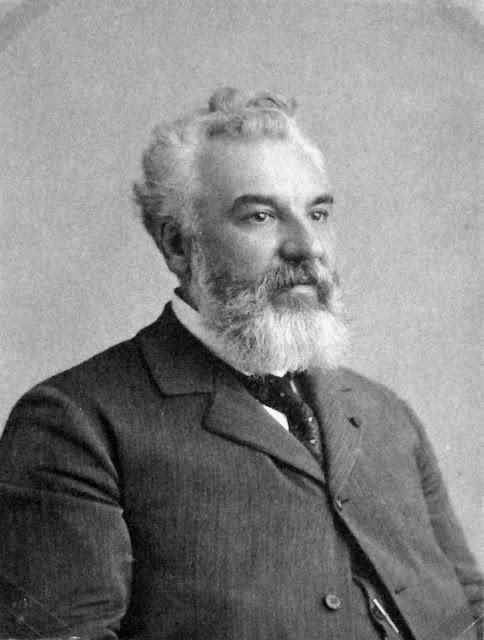 This c. 1895 photo of Alexander Graham Bell by an unknown photographer hangs in the National Portrait Gallery in Washington, DC.


"Inventor Alexander Graham Bell sparked a communications revolution when he patented the telephone in 1876. But Bell considered his work with the deaf to be his true calling. Born to a deaf mother and a father renowned for his work in enunciation, Bell adapted his father's work &mdash; a visual, symbolic alphabet for use in producing spoken sounds - for use in teaching speech to the deaf. He opened a teacher training school and became a leader in the education of the deaf. Bell's teaching speech to the deaf was not viewed favorably by all; many advocates thought signing was the appropriate language for the hearing-impaired." -- National Portrait Gallery