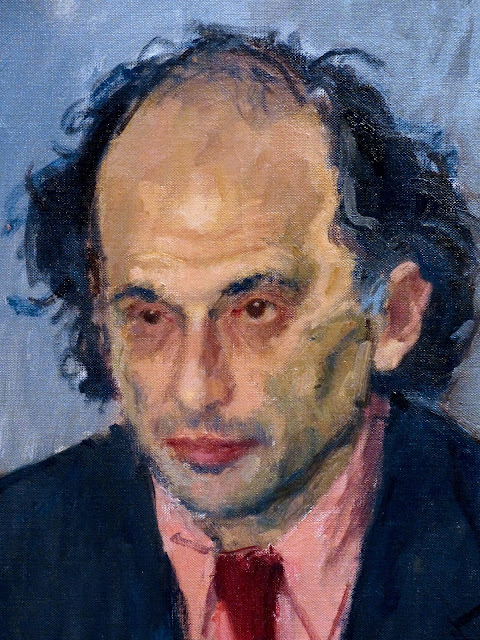 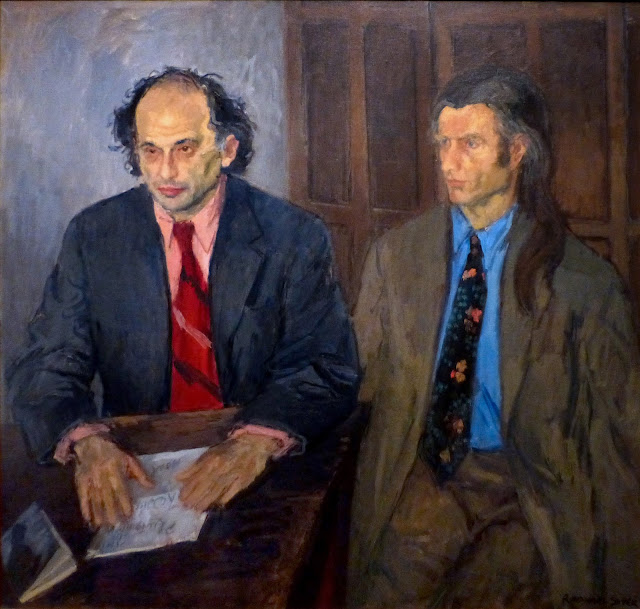 
"Twentieth-century portrait painter Raphael Soyer continued to work in a realistic vein even as abstrac­tion came to rule the art world. He was noted for his empathetic and sympathetic likenesses, especially of family and friends, such as the poet Allen Ginsberg. Soyer and Ginsberg were part of the post-World War II cultural scene in New York City, and they became friends after meeting in 1965. Ginsberg by then was famous as the author of 'Howl' the quintessential statement of postwar rebellion and many subsequent works. Sayer signals Ginsberg's poetic career by painting him holding a list that includes 'Howl' and 'Kaddish.' But Sayer really painted this dual portrait to commemorate the poet's long relationship with Peter Orlovsky, with whom he lived and worked for nearly forty years." -- National Portrait Gallery 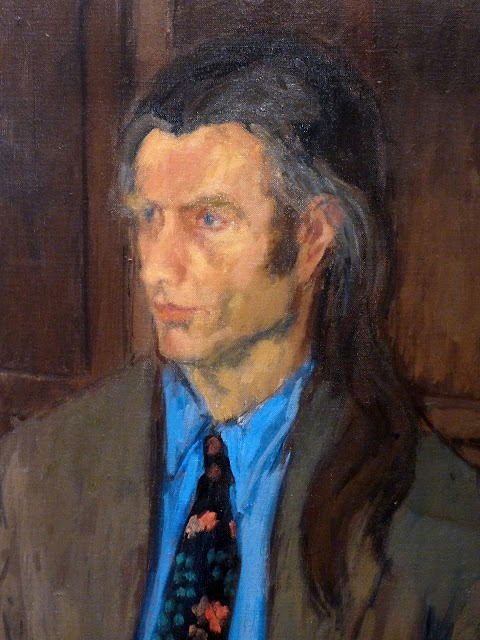 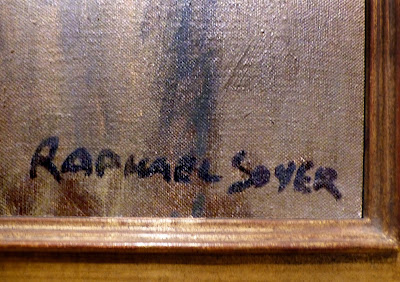 This 1978 photo of Ginsberg and Orlovsky by Herbert Rusche appears in Wikipedia. 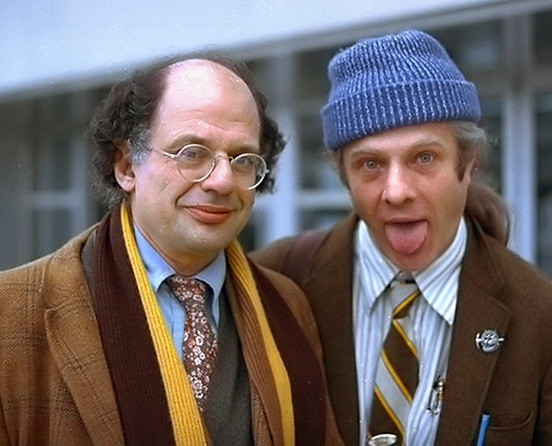