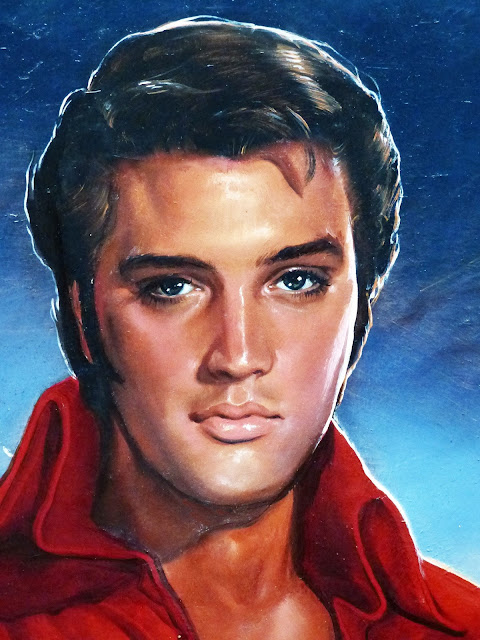 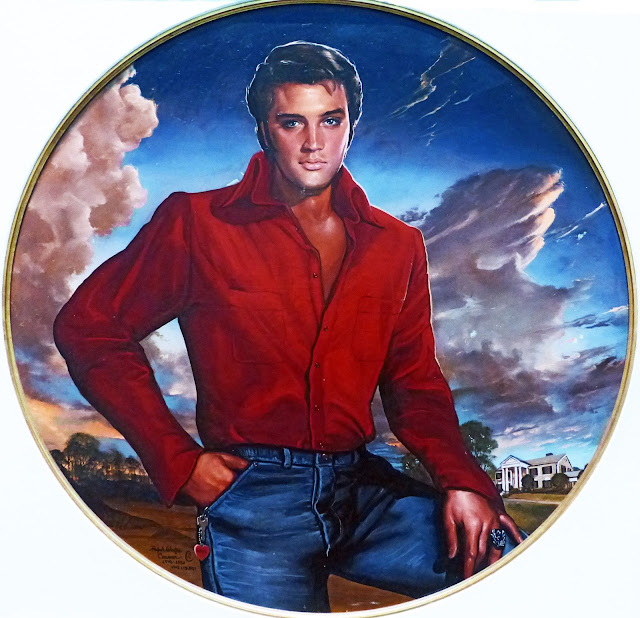 This 1976-88 portrait of Elvis Presley by R. W. Cowan hangs in the National Portrait Gallery in Washington, DC.


"Elvis Presley grew up in the musical melting pot of Memphis, where his emerging talent was heavily influenced by local strains of pop, country, rhythm and blues, and gospel. As a young truck driver in 1953, he paid four dollars to record a song for his mother's birthday. Sun Records then the label of such other young talents as Johnny Cash and Jerry Lee Lewis soon signed him, and his first record, 'That's All Right, Mama,' was an instant hit. By 1956, thanks in part to a series of sensational television appearances, he was crowned the 'king of rock and roll,' with a string of recordings that included 'Heartbreak Hotel,' 'Don't Be Cruel,' and 'Hound Dog.' Since his death, Presley has emerged as an iconic entertainment figure, and his Graceland mansion has become one of the nation's most-visited popular culture shrines." -- National Portrait Gallery 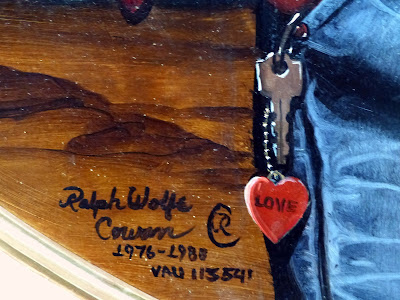 "Elvis sat for Cowan in 1969, and Cowan produced the portrait that hangs today at Graceland. At the time, Cowan also made sketches for this portrait but left them alone until 1988, when he completed this work. At the time this portrait was drafted, Elvis was transitioning from making films to performing live; from 1968 until his death in 1977, he toured regularly. Of Elvis, Cowan said, he 'was funny and had charisma that was bigger than life. I enjoyed our friendship.'" --Warren Perry January 8, 2010. (NPG) 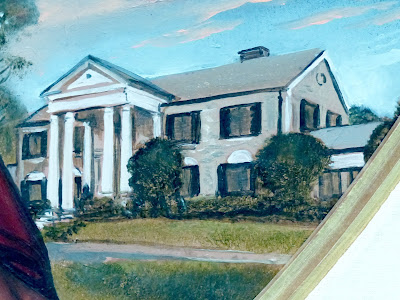 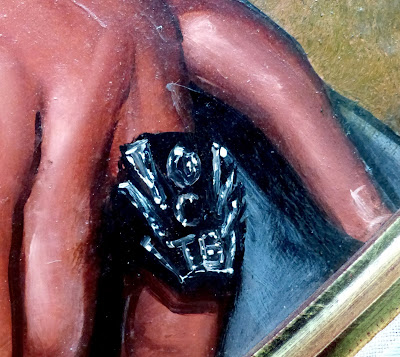 Elvis's pose in this portrait is very similar to Donald Trump's pose in Cowan's 1989 portrait entitled "The Visionary." 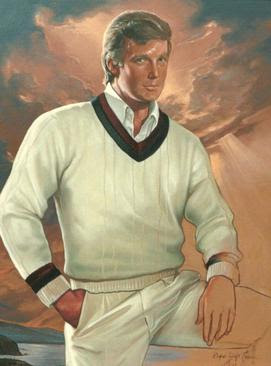