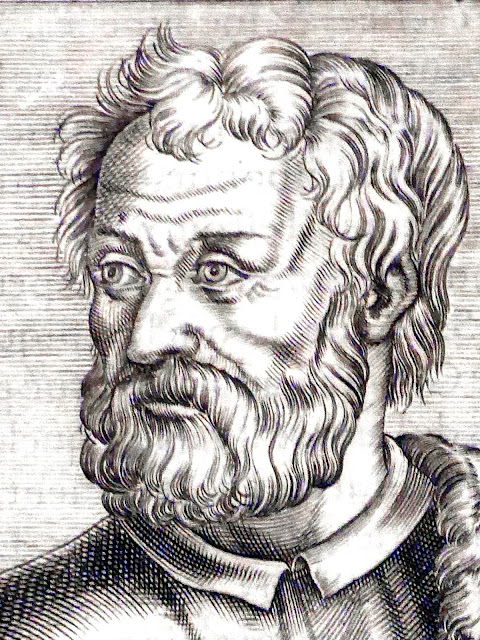 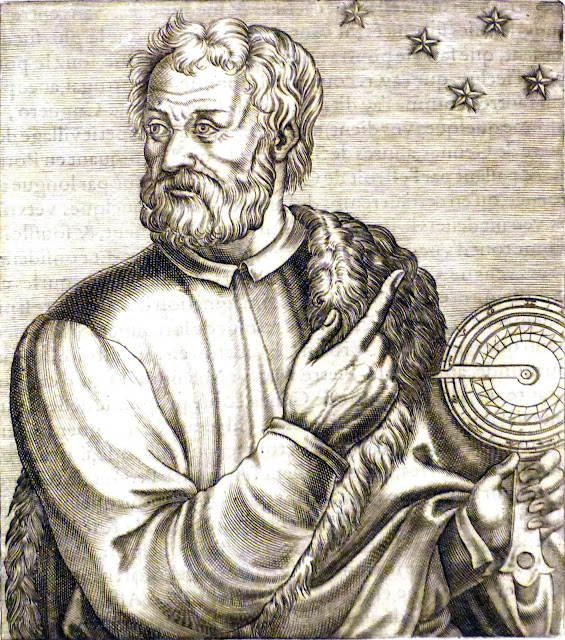 This 1584 engraving by a unknown artist, perhaps the most authentic extant image of Christopher Columbus (c. 1451-1506), is on display in the National Portrait Gallery in Washington, DC.


"Christopher Columbus, as the first man to discover fast and reliable routes across the Atlantic Ocean, would forever link Europe and the Americas. Although there is no known life portrait of Columbus, this engraving from Andre Thevet's volume of collected biographies, Les Vrais Pourtraits et Vies des Hommes Illustres (Paris, 1584), lays claim to being the most authentic image in existence. Visiting French and foreign collections, Thevet meticulously researched images to accurately illustrate his biographical essays. The engraving of Columbus, he asserted, was taken from an oil painting by a Dutch artist living in Lisbon at the same time as the explorer. Although some consider Columbus's reputation tainted by his harsh treatment of American Indians, his skills as a navigator and his boldness in risking the unknown are still noteworthy, and his voyage was a turning point in history." -- National Portrait Gallery 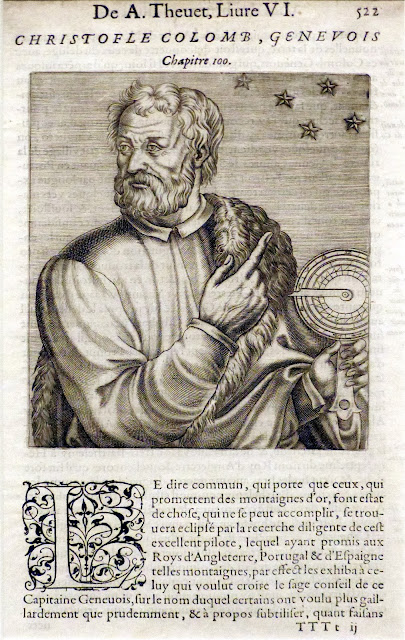 Christofle Colomb, Genevois
Posted by Allen Browne at 9:46 AM