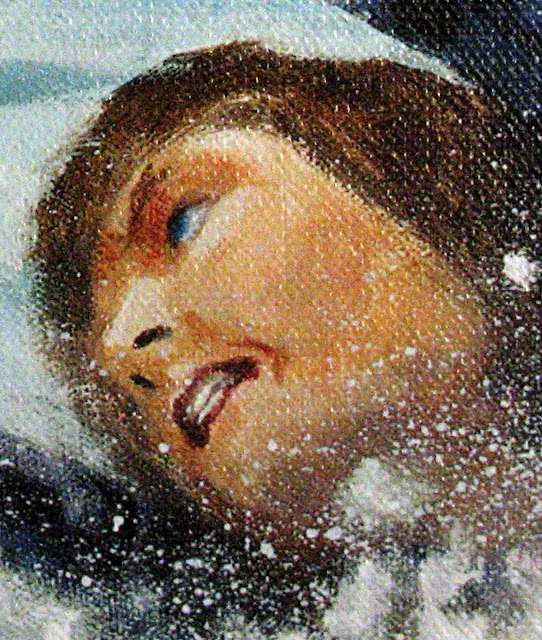 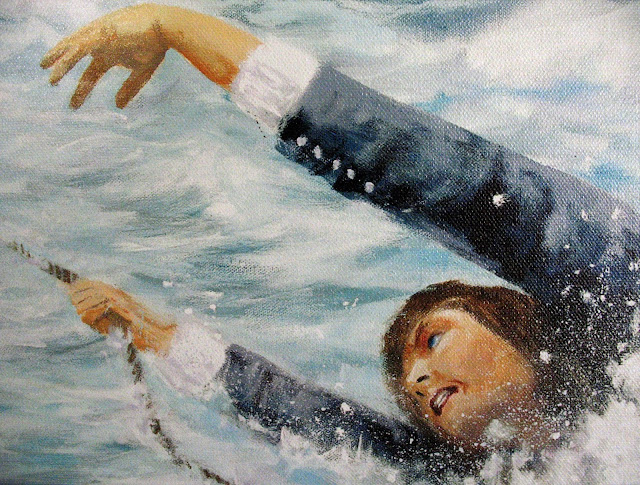 This giclée print of John Howland's dramatic rescue by Mike Haywood hangs at the Jabez Howland House in  Plymouth  Massachusetts. 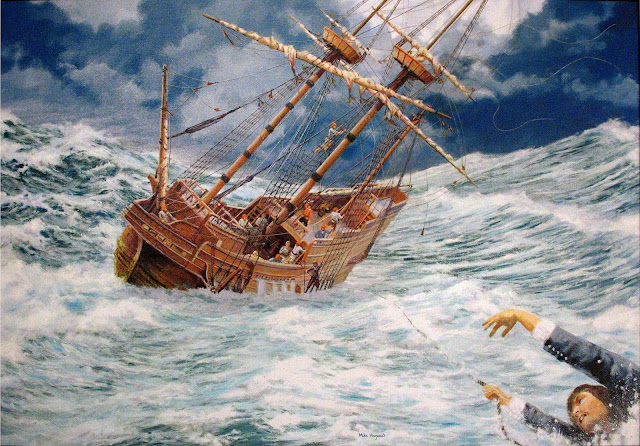 The story comes from this entry in Bradfords "Of Plymouth Plantation" for September 6, 1620:


"In sundry of these storms the winds were so fierce and the seas so high, as they could not bear a knot of sail, but were forced to hull for divers days together. And in one of them, as they thus lay at hull in a mighty storm, a lusty young man called John Howland, coming upon some occasion above the gratings was, with a seele of the ship, thrown into sea; but it pleased God that he caught hold of the topsail halyards which hung overboard and ran out at length. Yet he held his hold (though he was sundry fathoms underwater) till he was hauled up by the same rope to the brim of the water, and then with a boathook and other means got into the ship again and his life saved. And though he was something ill with it, yet he lived many years after and became a profitable member both in church and commonwealth. " -- Bradford, "Of Plymouth Plantation"


"John Howland (1592/3 – February 23, 1672/3) was a passenger on the Mayflower. He was an indentured servant and, in later years, the executive assistant and personal secretary to Governor John Carver and accompanied the Separatists and other passengers when they left England to settle in Plymouth, Massachusetts.

He signed the Mayflower Compact and helped found Plymouth Colony. After the passengers came ashore John Howland became assistant to the governor over the new independent state created under the compact. The act of Governor Carver in making a treaty with the great Indian Sachem Massasoit was an exercise of sovereign power that John Howland assisted in.

John Carver, the first governor of the Plymouth Colony, died in April 1621. In 1626, Howland was a freeman and one of eight settlers who agreed to assume the colony's debt to its investors in England in exchange for a monopoly of the fur trade. He was elected deputy to the General Court in consecutive years from 1641–1655 and again in 1658."