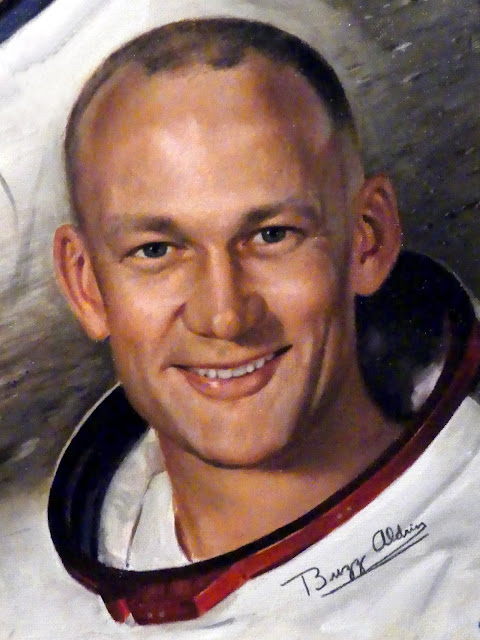 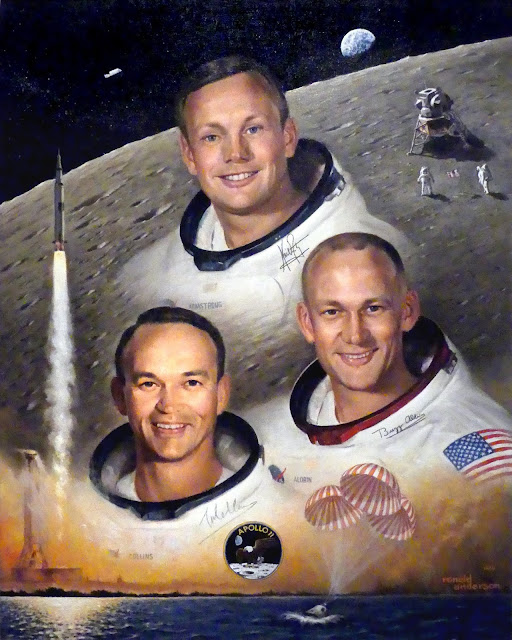 This 1969 portrait of the Apollo 11 Crew by Ronald Anderson  hangs in the National Portrait Gallery in Washington, DC.


On May 25, 1961 —three weeks after the United States sent its first astronaut into suborbital flight— President John F. Kennedy issued an audacious challenge. Speaking before a joint session of Congress, he declared, “This nation should commit itself to achieving the goal, before the decade is out, of landing a man on the moon and returning him safely to the earth.” Eight years later, the crew of Apollo 11 — astronauts Michael Collins (born 1930), Neil Armstrong (1930—2012), and Edwin “Buzz” Aldrin (born 1930) —fulfilled Kennedy's challenge.

On July 20, 1969, while Collins orbited the moon in the command module, mission commander Armstrong and lunar module pilot Aldrin descended to the lunar surface. A short time later, Armstrong became the first man to walk on the moon, followed shortly by Aldrin. The two later rejoined Collins in the command module and returned safely to earth with their Pacific splashdown on July 24, 1969. -- NPG 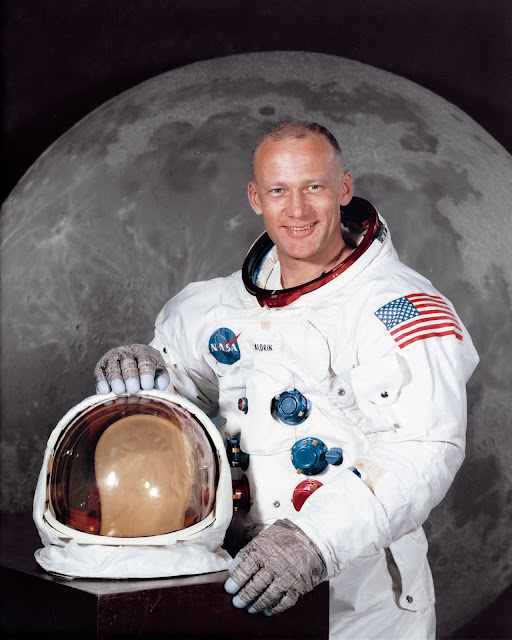 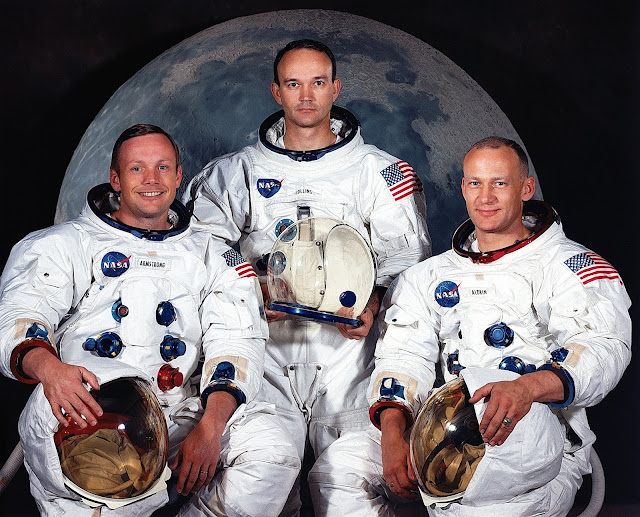 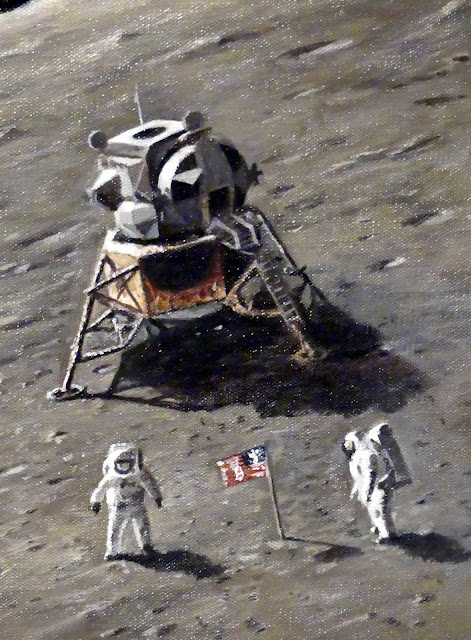 Aldrin and Armstrong on the Moon 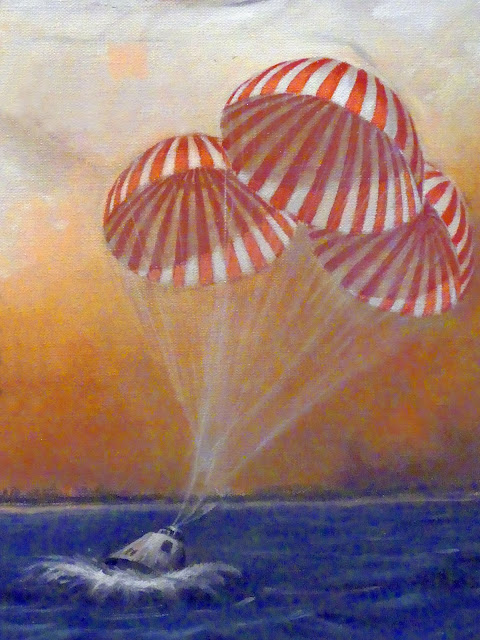 Splash Down
Posted by Allen Browne at 9:36 AM