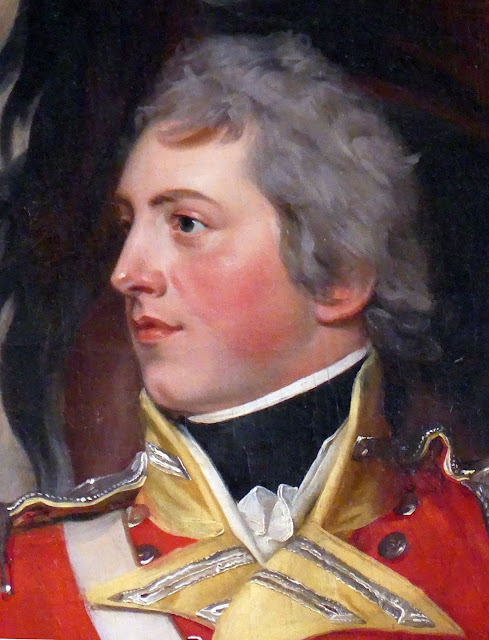 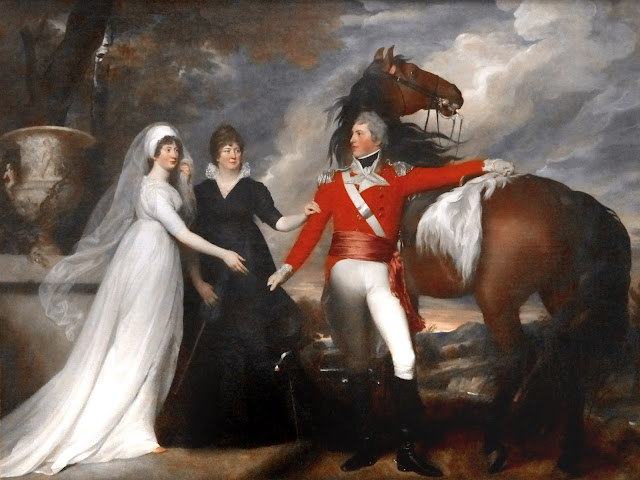 This 1800-1801 painting entitled Colonel William Fitch and His Sisters Sarah and Ann Fitch by John Singleton Copley hangs in the National Gallery of Art in Washington, DC.

Newly arrived in Jamaica, Fitch ignored the advice of his experienced Maroon trackers, and led his forces into an ambush by the Maroons of Cudjoe's Town, which resulted in the deaths of Fitch, many members of the white militia, and a number of Accompong warriors. -- Wikipedia

William Fitch  (1756 - 1795) along with his sisters Sarah (1763 - 1851) and Ann Fitch (1759 - 1839) were Americans, having been born in Massachusetts, into a Tory family.  The family fled to Nova Scotia early in the American Revolution and from there on to London. By 1793 William had risen to the rank of Lieutenant Colonel of the 83rd Regiment. Michael Sivapragasam describes Fitch's death this way:


The Accompong warriors reported to Colonel William Fitch, a British Army officer
who led the Eighty-Third (County of Dublin) Regiment of Foot, and who took up his post in Jamaica that same year. Half of this regiment went to St Domingue to try to capture the French colony, while Fitch led the other half in forays against Trelawny Town. Newly arrived in Jamaica, Fitch did not listen to advice from his Accompong allies. In September 1795, Accompong Maroons Reid and Badnage advised Fitch in vain against progressing deeper into the Cockpit Country, and the Trelawny Town Maroons killed 18 in an ambush, including Fitch, Reid and Badnage. It is possible that Fitch underestimated Trelawny Town and the ability of their Maroons to fight an effective campaign. 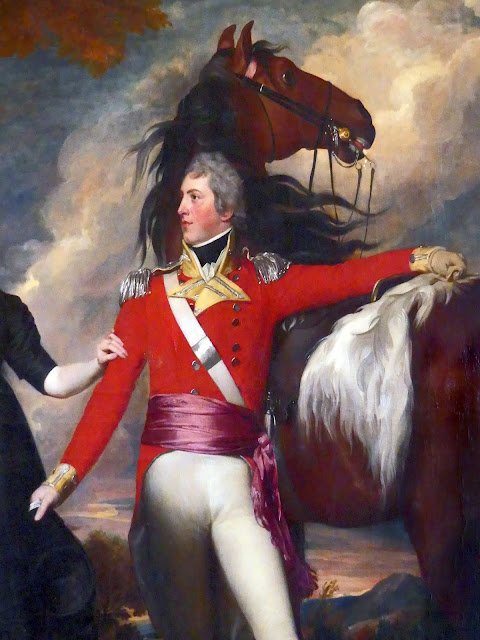 Copley's painting then is a posthumous, memorial portrait of William Fitch showing his sisters saying goodbye to him for the last time.

Sarah Fitch on the left is perhaps wearing her wedding dress. She married Leonard Vassall in 1801. 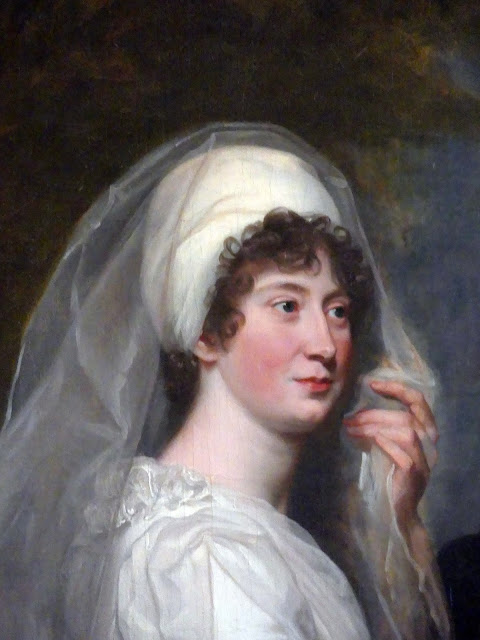 Ann in black may be in mourning for their parents who had recently died. 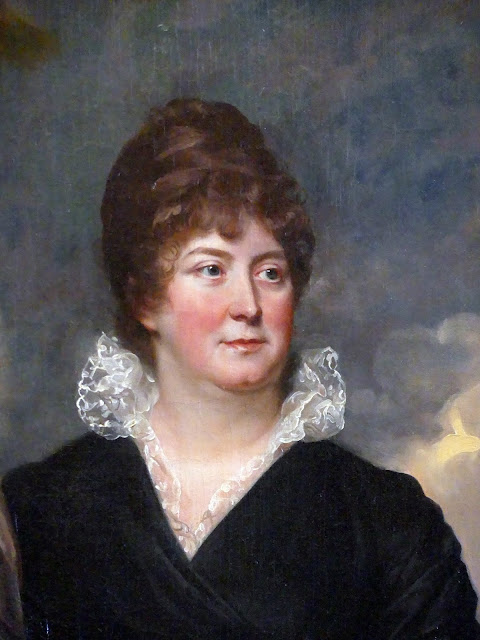 (See  American Paintings of the 18th Century by Ellen Miles)