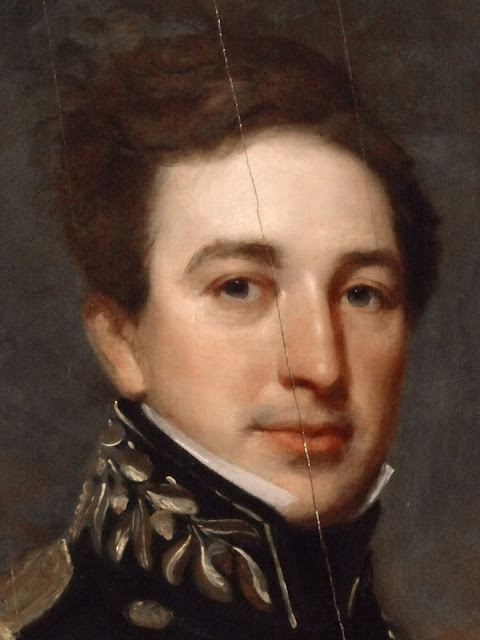 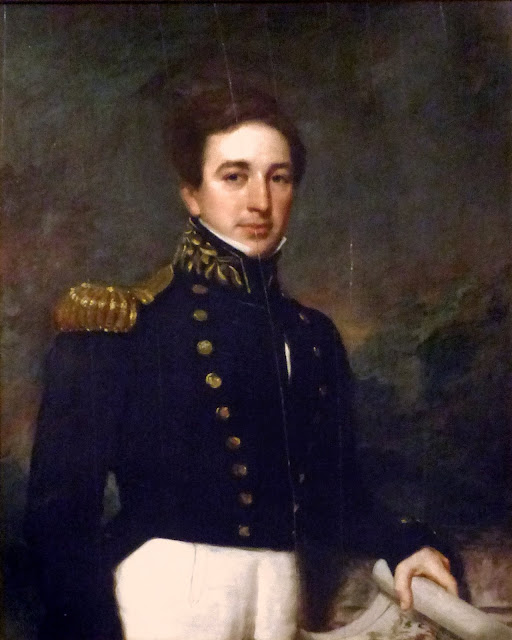 
Commander James Harmon Ward was the first officer of the United States Navy killed during the American Civil War. Ward was one of the first seven professors at the Academy. In addition of being the first professor of steam, Ward was the new school's executive officer, a position later renamed Commandant of Midshipmen. During his two years at the Academy, it is likely he taught Jonathan Hanby Carter. -- USNA 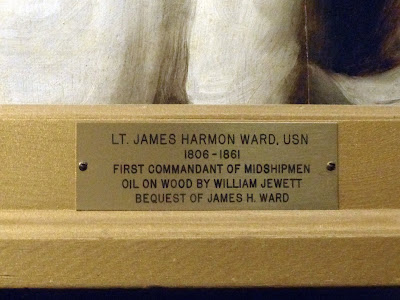 The Navy History and Heritage Command has this engraving of James Harmon Ward, Commander USN by J. A. O'Niell Sc. 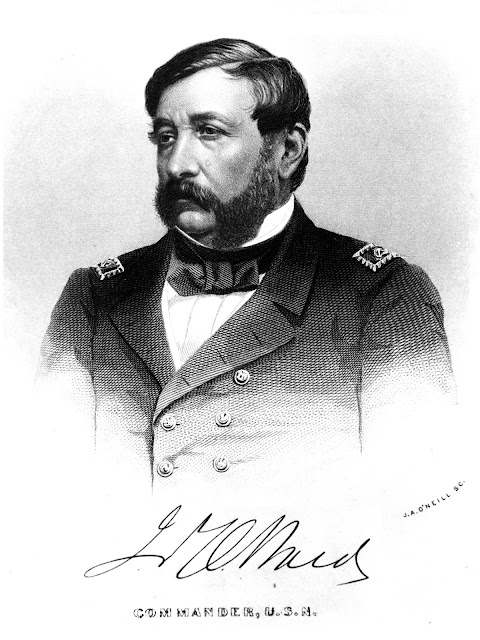 Portrait engraved by J.A. O'Neill, published during the 19th Century. The print features a facsimile of Ward's signature. Commander Ward lost his life on 27 June 1861 while commanding USS Thomas Freeborn in action at Mathias Point, Virginia. He was the first U.S. Navy officer killed in action during the Civil War. U.S. Naval History and Heritage Command Photograph. -- NHHC

In the spring of 1861 Cdr. Ward commanded the Potomac Flotilla a group of small armed craft tasked with keeping the upper Potomac open to navigation. His flagship was the Freeborn, a side-wheel steamer, converted from a ferryboat. This engraving of the Freeborn engaging the Confederates at Mathias Point appeared in Frank Leslie's Illustrated Magazine in 1861. 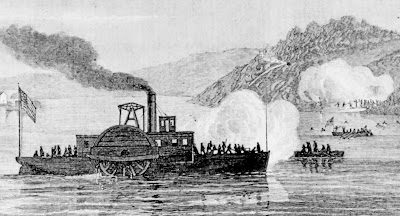 Ward had the Freeborn fitted out with two 32-pound cannon mounted on carriages of his own design. While attacking the Confederate battery at Mathias Point he was sighting one of these 32-pounders when he was hit by a confederate sniper bullet and died a hour later. 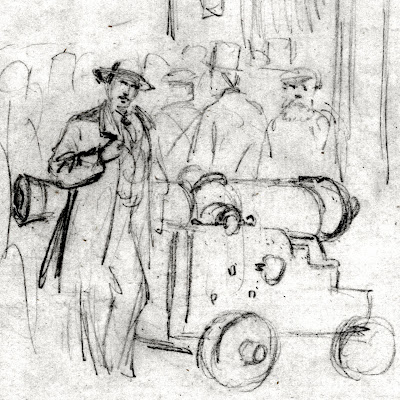 “Capt. Ward's pet 32 pdr. which he took aboard the Freeborn & met his death close to it.”

But the gun shown is too small to be a 32-pounder. The 1861 photo below of a re-enactment of the death of Ward on the Freeborn shows the actual 32-pounder. The man portraying Cdr. Ward is wearing Ward's straw hat and blouse. The Photographic History of the Civil War, Vol. 6, 1911, describes this 1861 photo as “only vestige of a visual record of [Ward's] brave deed on June 27th, the same year.” 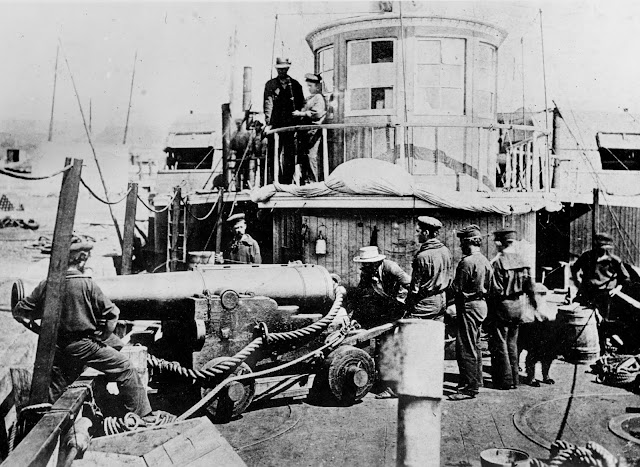 Some of USS Thomas Freeborn's officers and men demonstrate how her late Commanding Officer, CDR. James H. Ward, was sighting her bow gun when he was mortally wounded, 27 June 1861, during an action with Confederate forces at Mathias Point, VA. The gun is a 32 pounder smoothbore, of 60 hundredweight, on a “Novelty Carriage”. This mounting was developed by Commander Ward before the Civil War. Location appears to be the Washington Navy Yard, D.C. -- NHHC 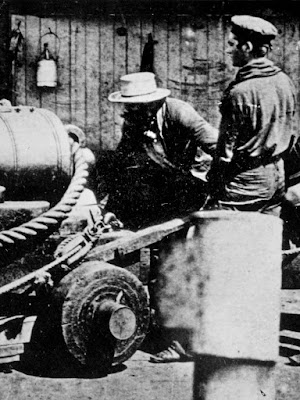 Fort Ward in the Civil War Defenses of Washington, is named for Commander Ward. 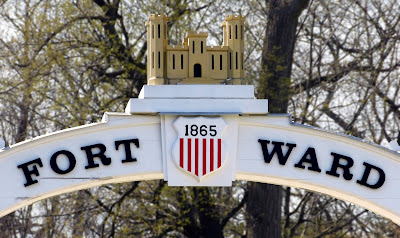