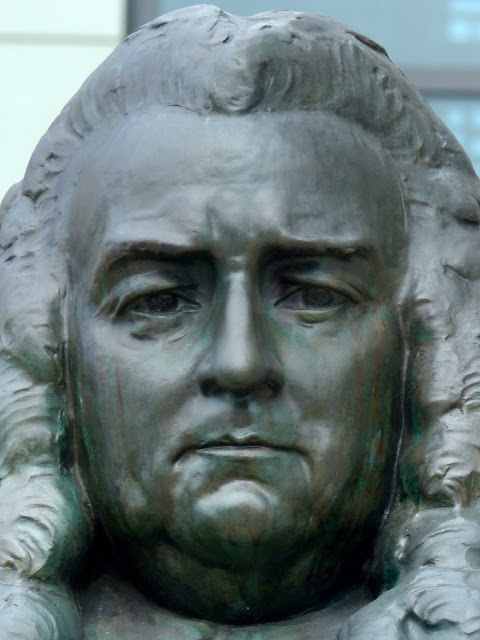 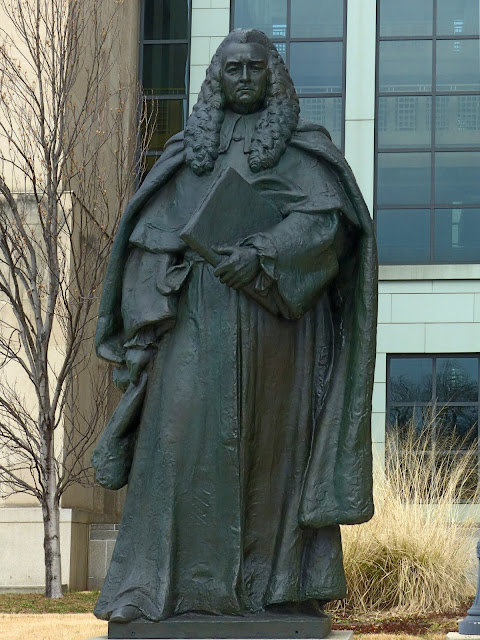 
Sir William Blackstone was an Oxford professor of law whose lectures of 1758 led to his writing a book which clarified English law. The book, entitled “Commentaries,” was helpful for Americans drafting the U.S. Constitution. The sculpture was originally commissioned by the American Bar Association as a gift to the English Bar Association, but it was too tall for the other statues in London's Hall of Courts. After the sculptor's death, his widow shipped the plaster to Brussels for casting and later presented it the United States. Congress authorized the sculpture on March 15, 1943 and appropriated $10,000 for installation and suitable base. -- SIRIS 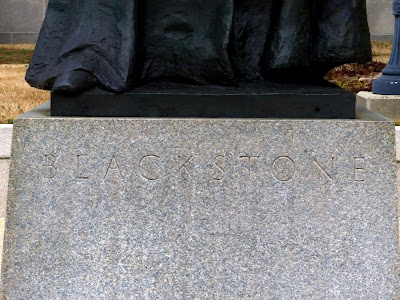 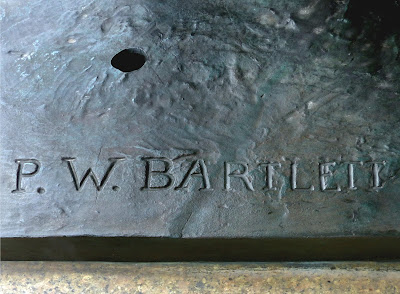 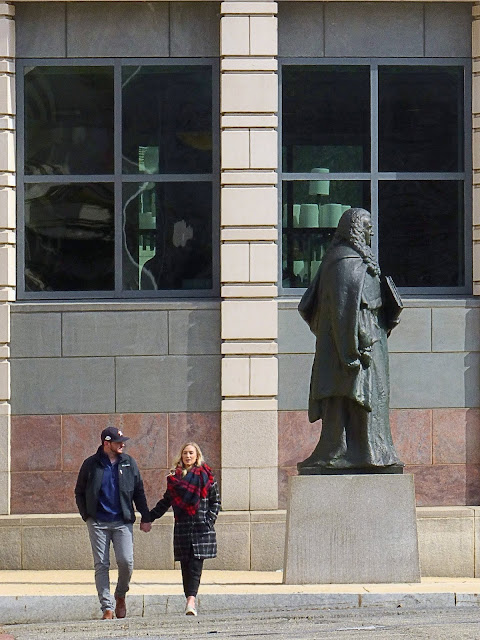 The Tate Gallery has this 1774 portrait of Blackstone by Thomas Gainsborough. 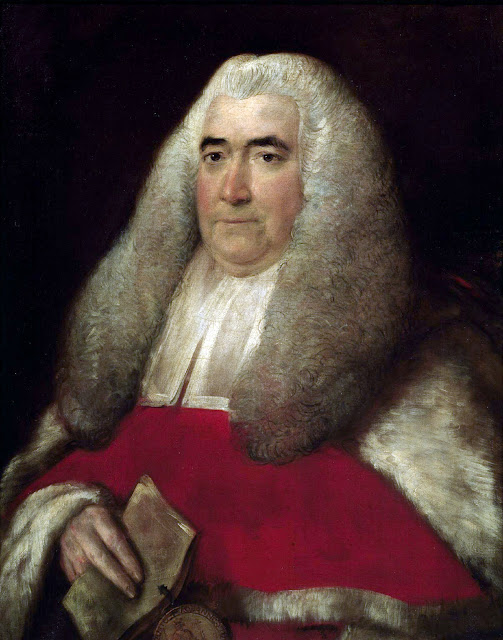 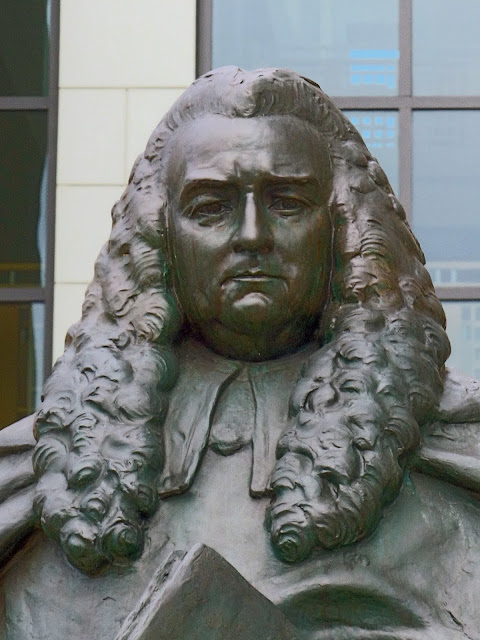