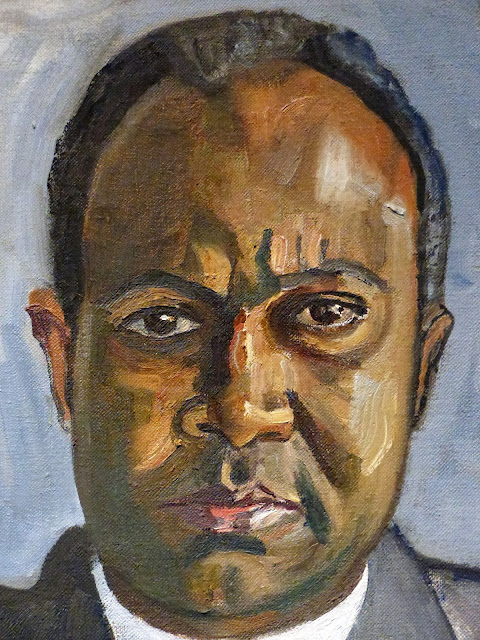 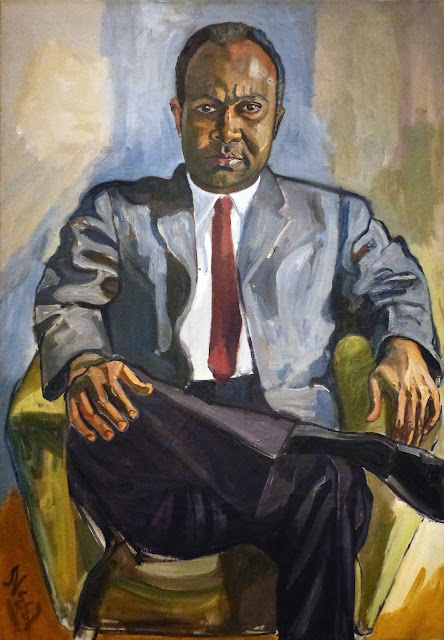 This 1964 portrait of James Farmer (1920-1999) by Alice Neel hangs in the National Portrait Gallery in Washington, DC.


"James Farmer first experienced racial segregation at age three, when his mother had to explain to him that he could not buy a soda at a local drug­store because he was black. He never forgot that incident. Inspired by the nonviolent protest tactics of Mahatma Gandhi, Farmer helped to found the Congress of Racial Equality (CORE) in 1942 and began organizing sit-ins to protest discrimination in public accommodations. In 1961 he launched the Freedom Rides to end segregation in interstate transportation and in train and bus station waiting rooms. This initiative made national headlines when two buses carrying CORE members were firebombed and the riders beaten by a white mob outside of Birmingham, Alabama. Alice Neel pictured Farmer 'full of anger' in this portrait created in 1964, the same year that three CORE members were murdered in Mississippi." -- National Portrait Gallery