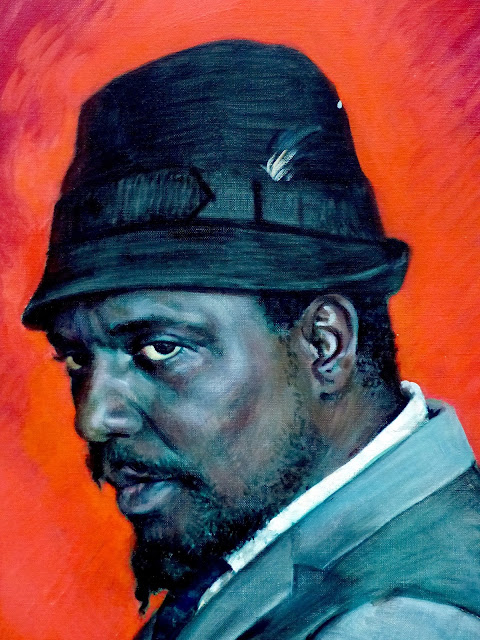 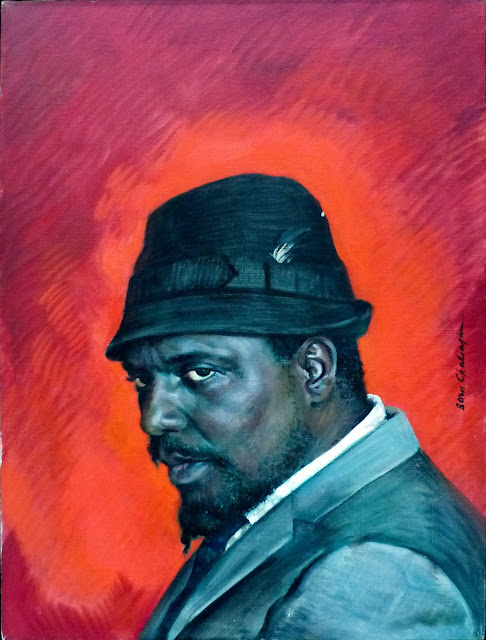 This 1964 portrait of Thelonious Monk (1917-1982) by Boris Chaliapin hangs in the National Portrait Gallery in Washington DC.


"A leader of the postwar jazz revolution, Thelonious Monk along with Dizzy Gillespie and Charlie Parker sparked the 'bebop' movement, a jazz style faster and more frenetic than the swing that had held sway since the thirties. Monk's piano style has been called eccentric: 'his melodies were angular, his harmonies full of jarring clusters.' His recording career took off in the mid-1950s, and he won an enthusiastic following, often playing with such other avant-garde musicians as John Coltrane and Sonny Rollins. His compositions 'Round Midnight,' 'Blue Monk,' and 'Epistrophy' are considered classics of modern jazz." -- National Portrait Gallery 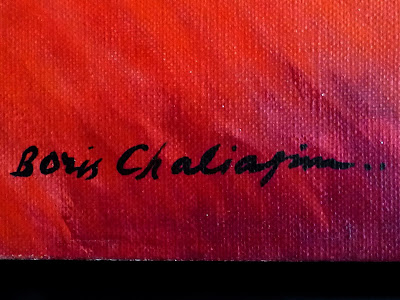