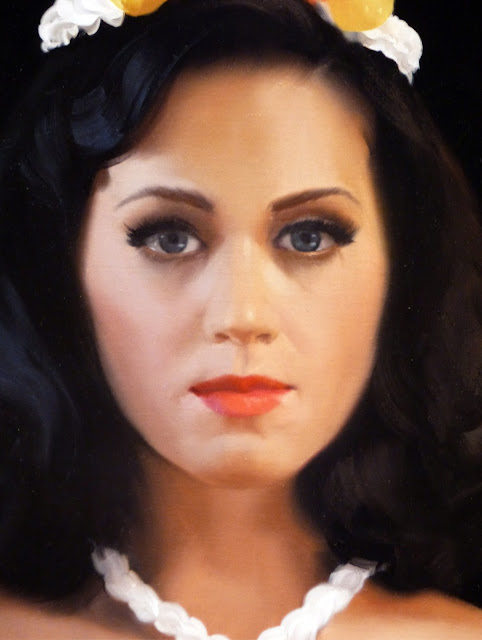 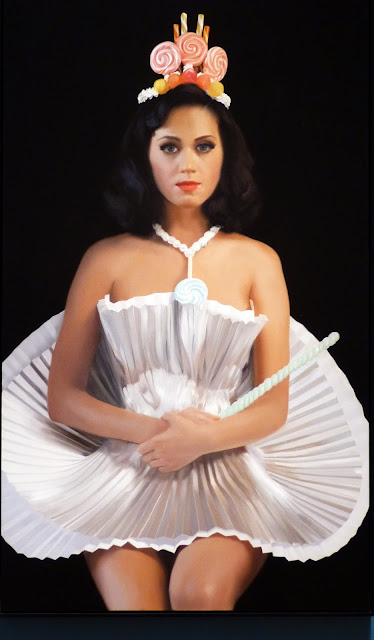 This 2010 portrait of Katy Perry, entitled "Cupcake Katy" by Will Cotton hangs in the National Portrait Gallery in Washington, DC.


"Pop star Katy Perry (born Katheryn Hudson, 1984) collaborated with painter Will Cotton on the design of the world featured in her 'California Gurls' video. Cotton's work, which draws on art-historical sources to explore consumer culture, caught Perry's eye. The artist felt an affinity for Perry as well, describing her as just the kind of subject he wanted to paint: 'She's over-the-top, she's very sugary, saccharine.' Here, Cotton presents her in a dress by designer Cynthia Rowley. Perry's cheeky pose, wry expression, and flawless appearance playfully hint at the paradoxes she straddles. Crafty and self-aware, she acknowledges that 'everything I do is always with a wink.' The provocative teenage icon, chart-topping singer, and savvy businesswoman began her career singing gospel music as the daughter of Pentecostal pastors. She is the only artist after Michael Jackson to produce five number-one hits from a single album, in this case Teenage Dream (2010)." -- National Portrait Gallery