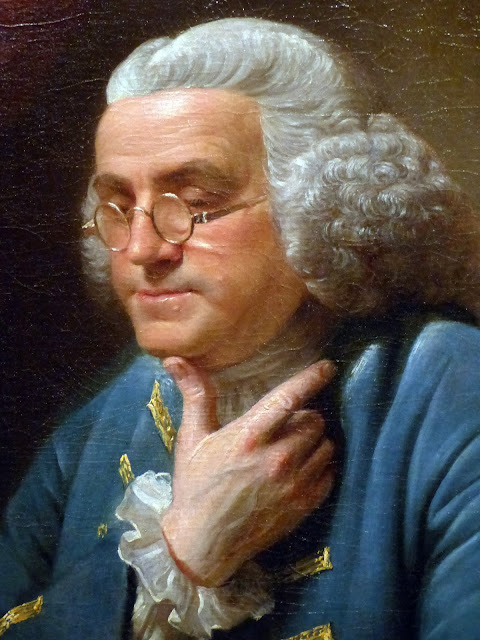 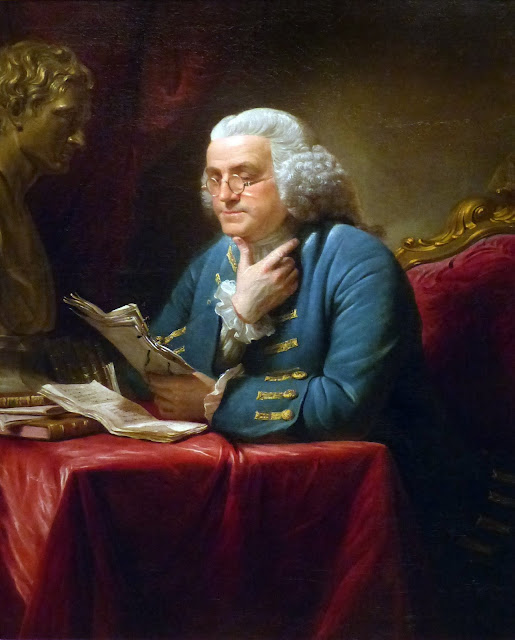 This 1766 portrait of Benjamin Franklin by David Martin hangs in the National Portrait Gallery in Washington, DC.


This portrait was completed in 1766, when Benjamin Franklin was in London, exploring developments in science and representing the American colonies. The painting was shown at the Society of Arts exhibition the following year, with Franklin's name attached to it, demonstrating his contemporary fame. He admired the portrait and asked the artist to make a replica to ship home to Philadelphia.

Surrounded by books and papers, and with his head supported by his hand, Franklin's pose signifies his studious nature; it is a pose that already had a long history. And yet, Franklin is also a product of his time, wearing an expensive suit and what was called a “physical” wig, often worn by men of learning. Next to him is a bust of Sir Isaac Newton, whose discoveries Franklin admired. An observer noted that this painting represented “the philosopher… highest praise was, that ‘it seemed to think.’” -- NPG 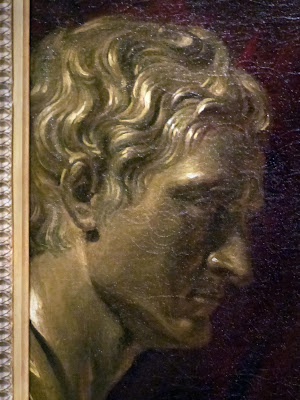 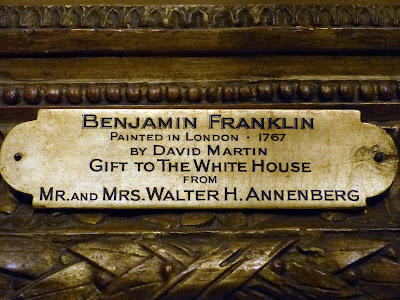 Benjamin Franklin
Painted in London 1767
By David Martin
Gift to the White House
from
Mr. and Mrs. Walter H. Annenberg 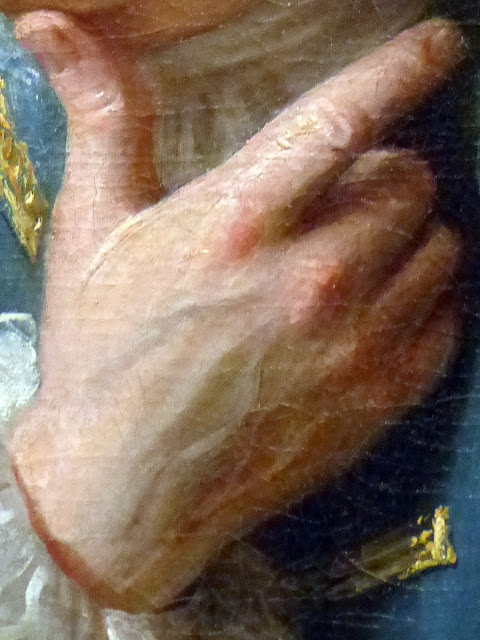 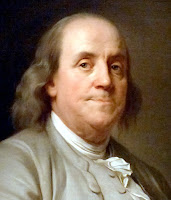 The "Money Portrait" of Franklin is here.