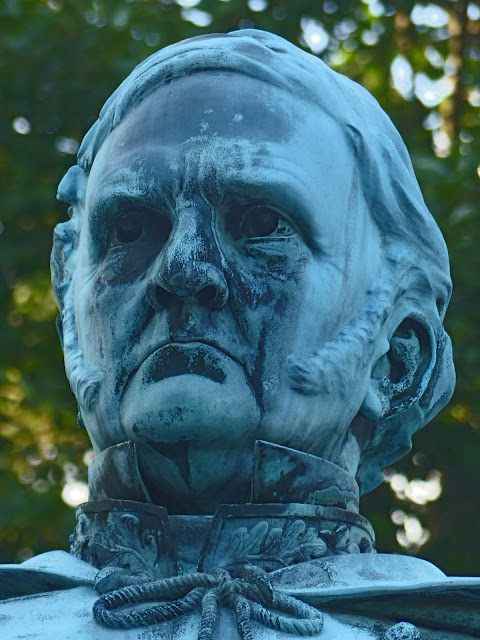 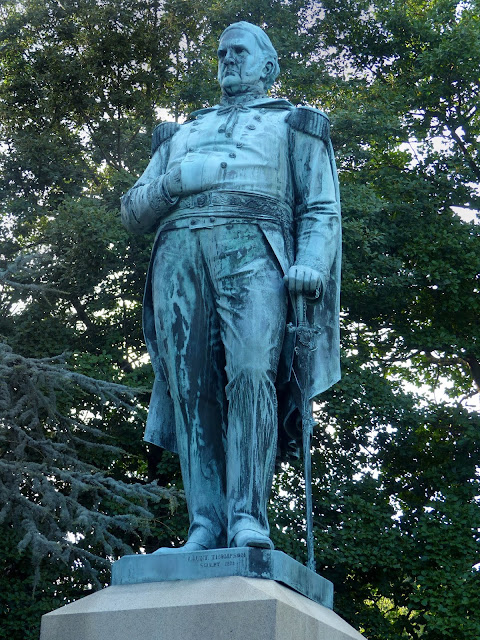 This 1873 statue of Winfield Scott by Launt Thompson at the Soldiers' Home in Washington, DC.


Winfield Scott (June 13, 1786 – May 29, 1866) was an American military commander and political candidate. He served as a general in the United States Army from 1814 to 1861, taking part in the War of 1812, the Mexican–American War, the early stages of the American Civil War, and various conflicts with Native Americans. -- Wikipedia


In the heroic bronze, 10 feet high and 4 feet wide, he stands with his weight on his left foot, his left hand resting on his sword hilt, his right hand in the breast of his coat. His bearing is stern yet decorous. He wears a dress uniform with a voluminous cape thrown back from his shoulders.  The details of this uniform—epaulets, gold braid, ribbon, embroidery, buttons, and dress saber—are elaborately and realistically detailed, suggesting the uncompromising standards of dress that earned him the nickname "Old Fuss and Feathers. " Bronze for the statue was furnished from captured cannon. 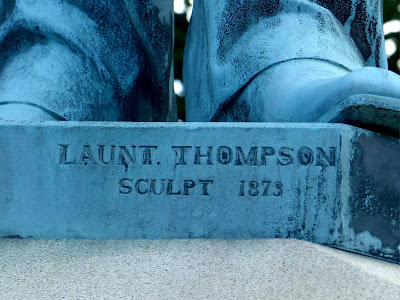 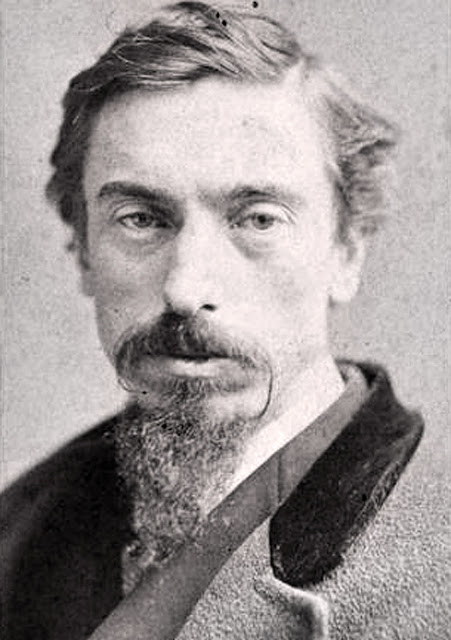 A plaque explains the presence of this statue at the Soldiers' Home. 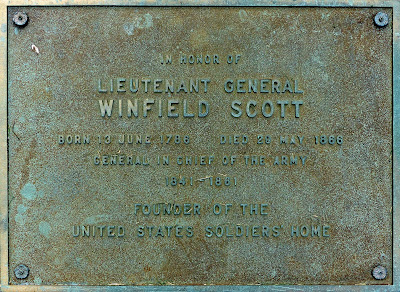 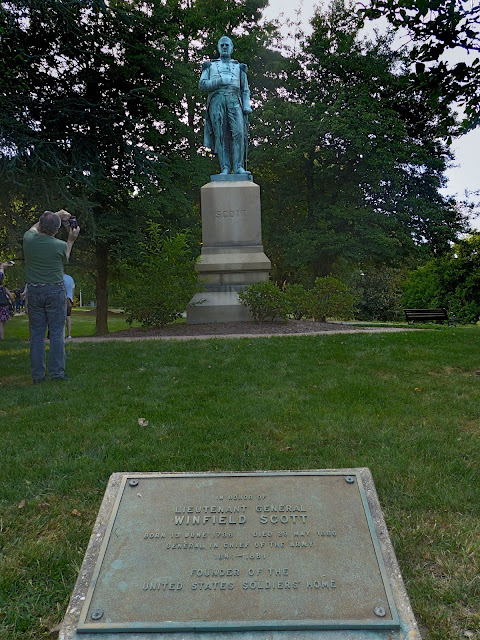 Scott's contribution to the founding of the Soldiers' Home was part of the $150,000 he took from the Mexican Government in 1847 “in lieu of pillage.” The Wikipedia tells the story this way:


“On 14 September 1847 General Winfield Scott received the surrender of Mexico City, and accepted a ‘contribution’ of $150,000 in gold from the Mexico City fathers ‘in lieu of pillage.’ General Scott spent part of this on shoes and blankets for his troops. Another portion went to a ‘Spy Company’ he employed on the march from Vera Cruz to Mexico City. The remaining $118,791.19 he had deposited in a New York bank with the notation ‘for Army Asylum.’ This action outraged the Secretary of War {William Learned Marcy}: he accused Gen. Scott of larceny under Art. 58 of the Articles of War, but Scott refused to turn the money over to the Treasury, and in the end he won.

Article 58 of Articles of War, 1806: All public stores taken in the enemy's camp towns forts or magazines whether of artillery ammunition clothing forage or provisions shall be secured for the service of the United States for the neglect of which the commanding officer is to be answerable.

In 1851, Senator Jefferson Davis of Mississippi sponsored a bill to establish ‘at a suitable place or places, a site or sites for the Military Asylum.’ The bill passed both Houses and was signed into law by President Millard Fillmore the same day. The new Board of Commissioners decided to establish four homes, one each in New Orleans, Louisiana; East Pascagoula, Mississippi; Harrodsburg, Kentucky; and Washington, D.C.” -- Wikipedia 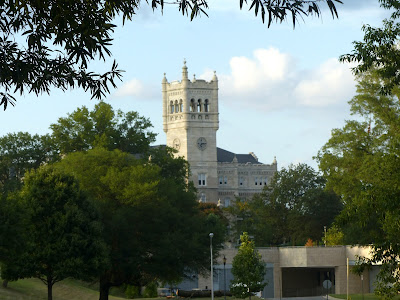 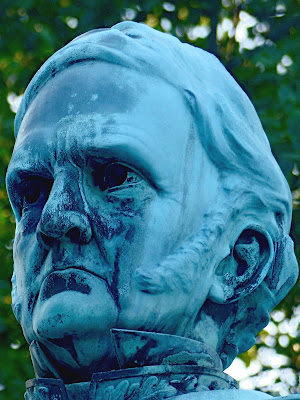