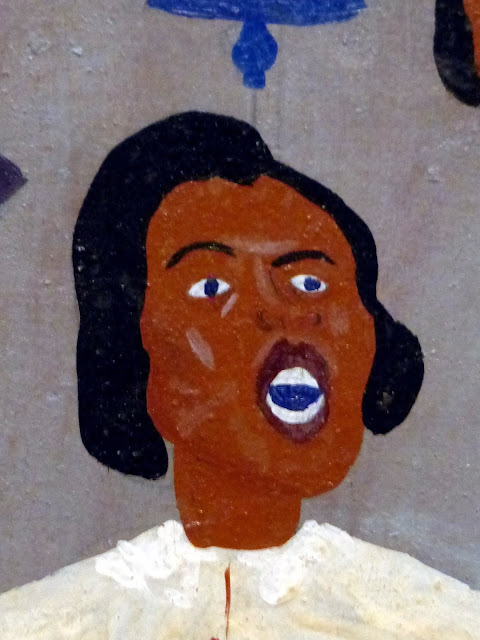 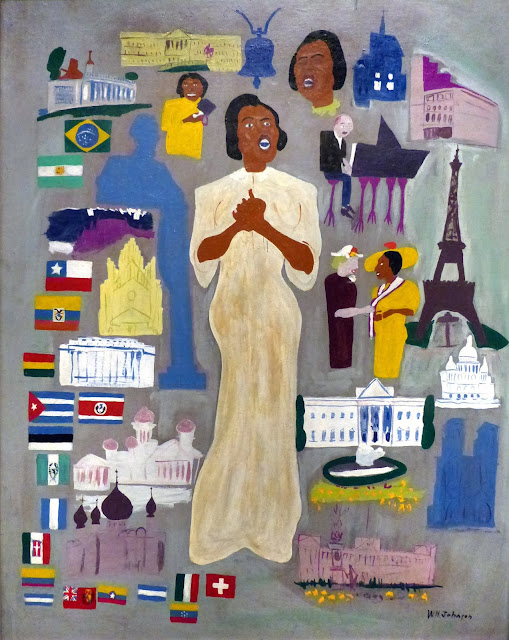 This c. 1945 portrait of Marian Anderson by William H. Johnson is on display at the Smithsonian American Art Museum in Washington, DC.


Much like Marian Anderson, the artist William H. Johnson encountered limitations in the United States because of his race. He, too, chose to travel to Europe and spent considerable time in Scandinavia in the early 1930s.  In developing the composition for this work, Johnson drew from newspaper clippings and other sources as a way to pay homage to Anderson's triumphs, both at home and on many world stages. With references to American cities, such as Philadelphia and Washington, D.C., alongside symbols of Brazil, Cuba, Russia, and France, the finished painting presents snippets of Anderson's whirlwind life. The singer makes repeated appearances throughout the painting, and at its center, her elongated figure appears clad in yellow, in the act of singing. The silhouette of Abraham Lincoln's statue looms just to the left of Anderson, undoubtedly alluding to her iconic 1939 performance on the steps of the Lincoln Memorial. -- SAAM

Marian Anderson is portrayed several times in the painting. 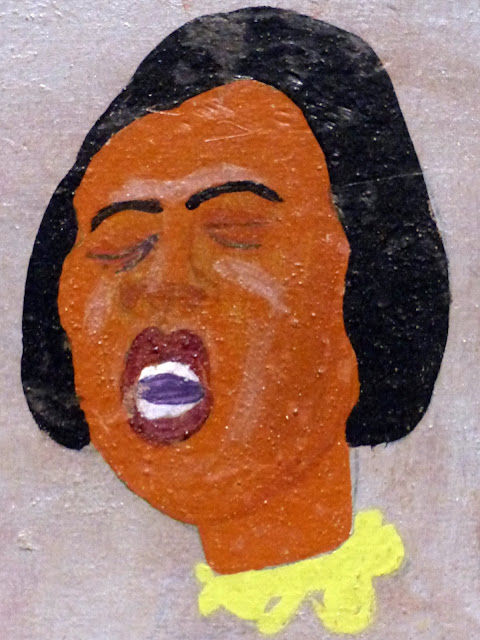 Here she is shown receiving the Springarn Medal from Eleanor Roosevelt in 1939. 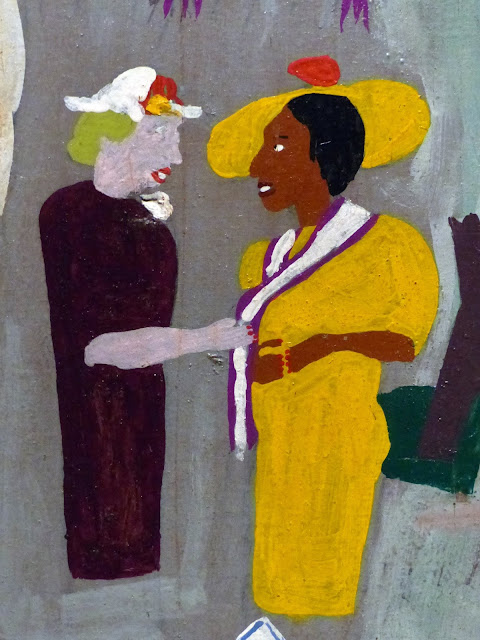 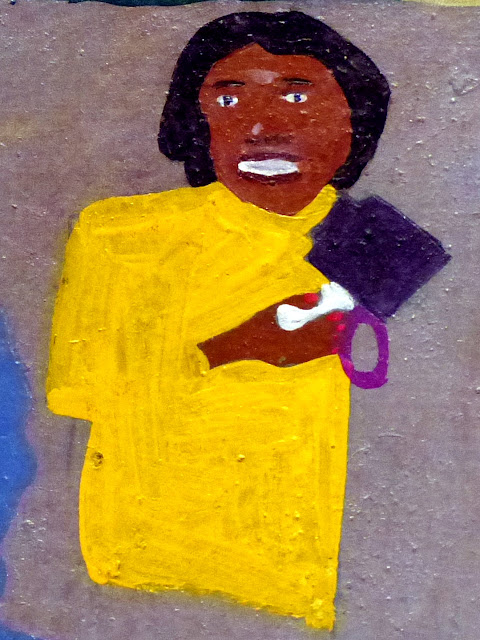 This appears to be Kosti Vehanen who wrote Marian Anderson a Portrait in 1941 about his experiences as Miss Anderson's accompanist. 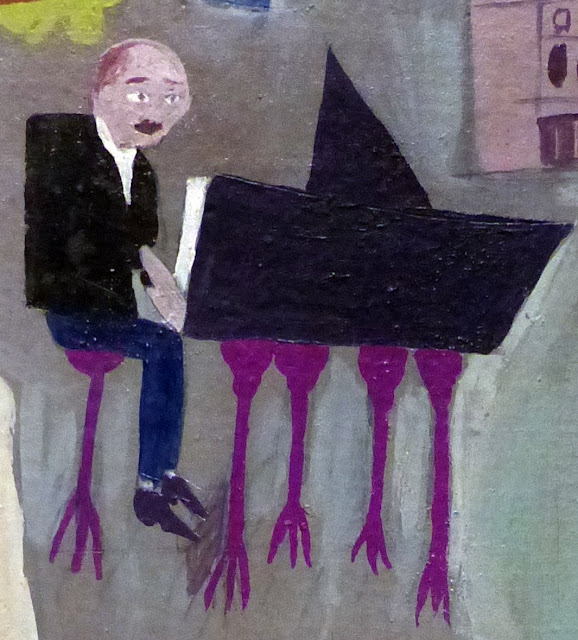 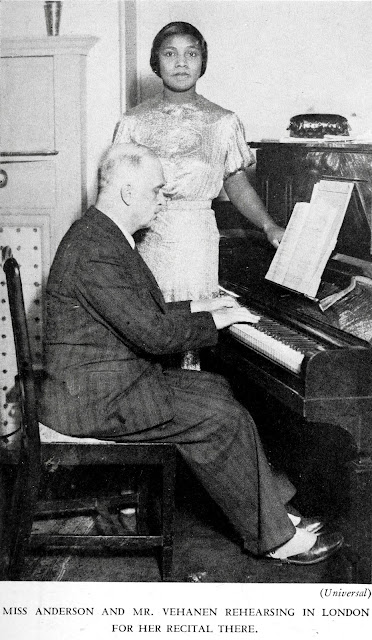 Miss Anderson and Mr. Vehanen Rehearsing in London for her recital there.

This photo constitutes the frontis piece of Vehanen's book. 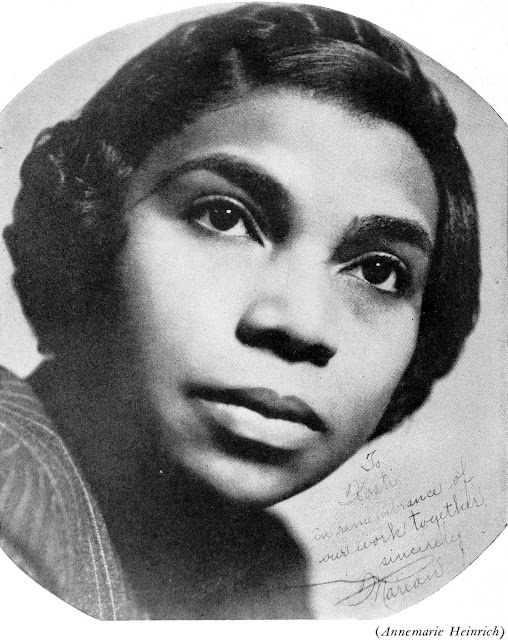 To Kosti
In rememberance of
our work together
Sincerely
Marian 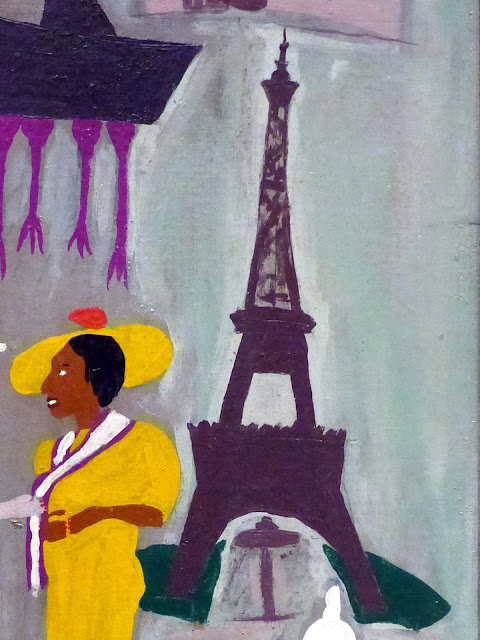 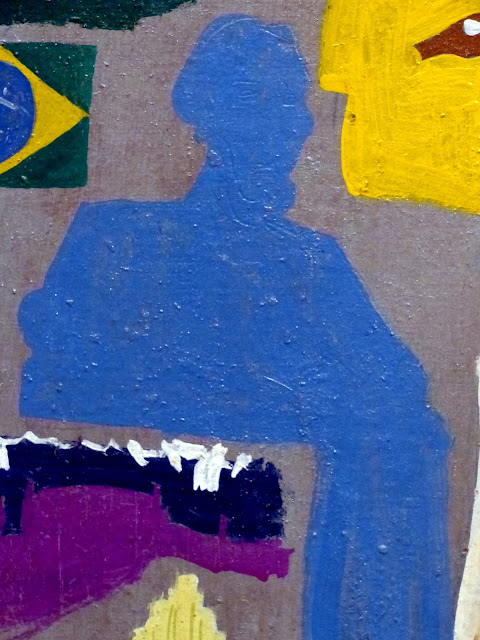 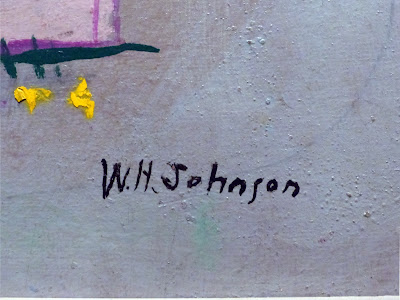