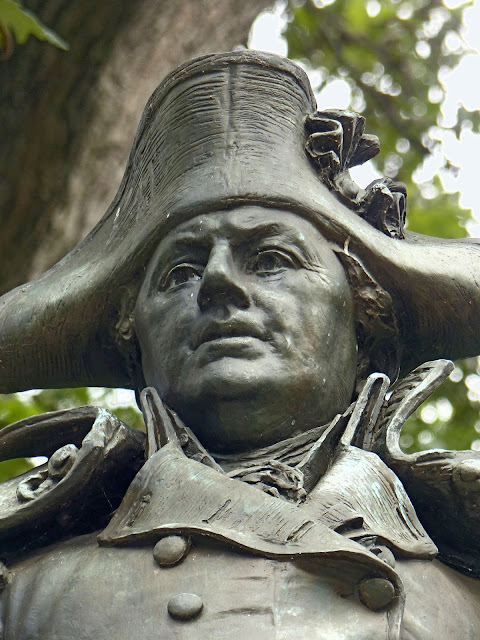 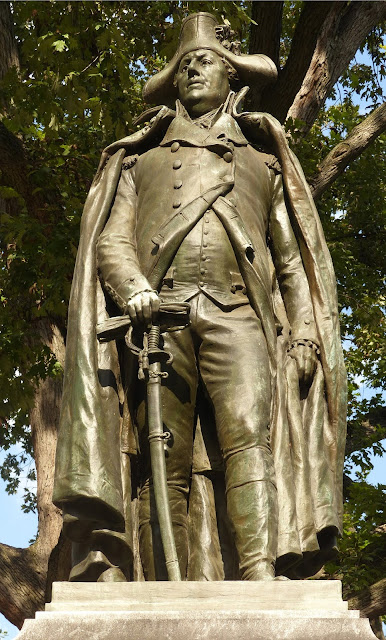 This 1914 statue of Commodore John Barry stands in Franklin Square in Washington, DC.


Commodore John Barry (1745-1803) was born in County Wexford, Ireland, but by age 15 called Philadelphia, Pennsylvania home. He commanded several Continental Navy ships during the Revolutionary War and won decisive victories over the British. In 1794, Barry received appointment as senior captain of the new United States Navy and President George Washington signed his commission.

Barry oversaw construction of and later commanded the frigate United States. During the Quasi-War with France, the Commodore commanded a naval squadron fighting the French in the West Indies from 1798-1800. Celebrated as a founder of the United States Navy, he was a gallant warrior, a guiding force in shipbuilding and supply, and mentor to the next generation of naval leaders. 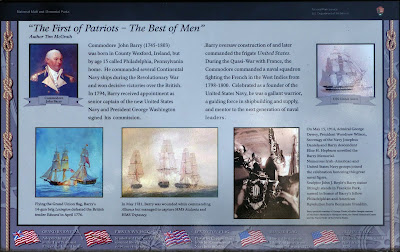 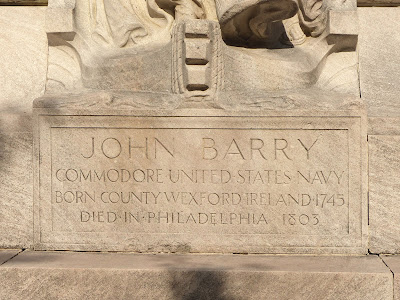 The Smithsonian describes the monument this way:


Standing figure of Commodore Barry wearing his military uniform, a long cloak, and a three-cornered hat. He is taking a step forward with his proper left leg and holds back his cloak with his proper left hand. In his proper right hand he holds a scroll of papers and the handle of his sword, which is pointed vertically out in front of his proper left leg. The sculpture rests on a tall stepped base. On the front of the base is a standing allegorical female figure in high relief. She represents Victory and holds up a laurel branch in her proper right hand, and the rests her proper left hand on the handle of a sword. An eagle appears on her proper right side under her raised right arm. She wears a long robe that is tied at the waist and chest. A cape, pinned at her shoulders, swirls around behind her. Her long hair hangs down on her shoulders — Smithsonian Institution (SIRI). 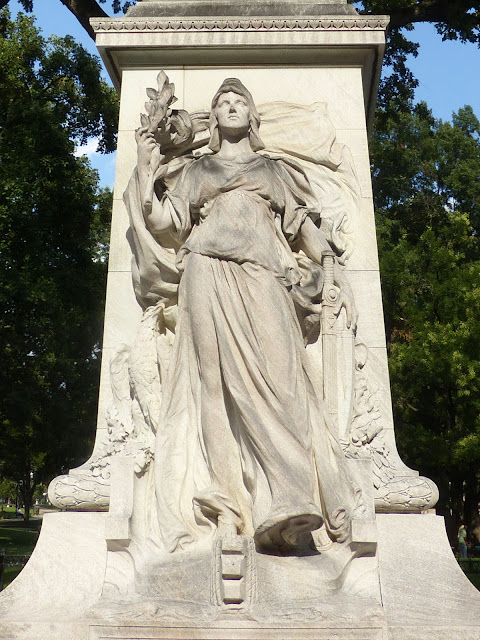 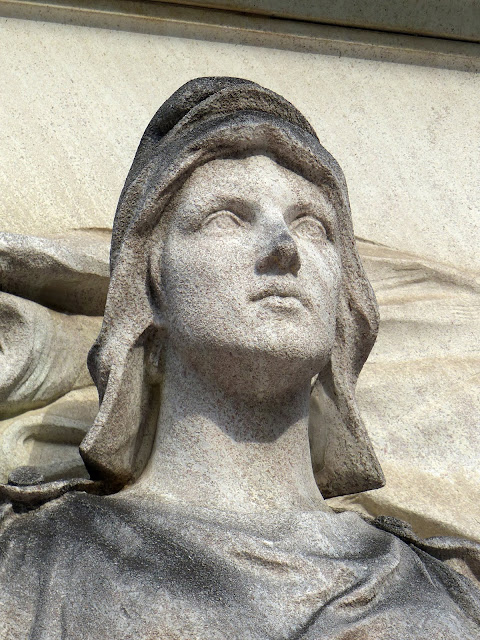 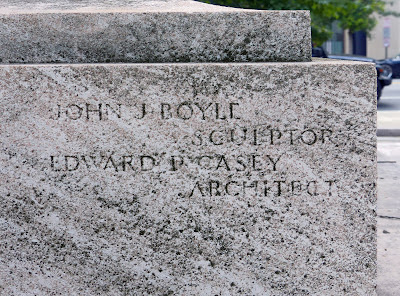 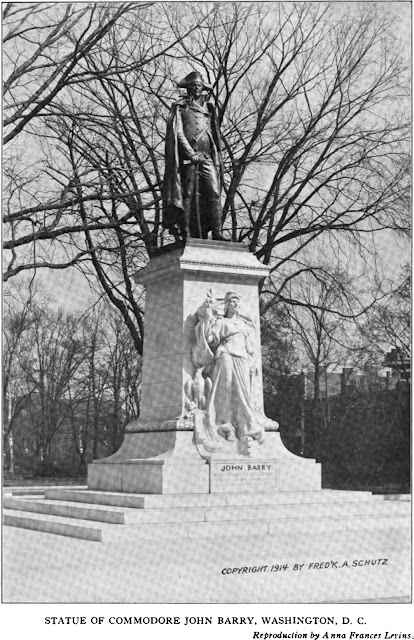 Gilbert Stuart painted Commodore Barry in 1801. This 1914 engraving based on that painting belongs to the Library of Congress. They attribute it to photographers Harris and Ewing. 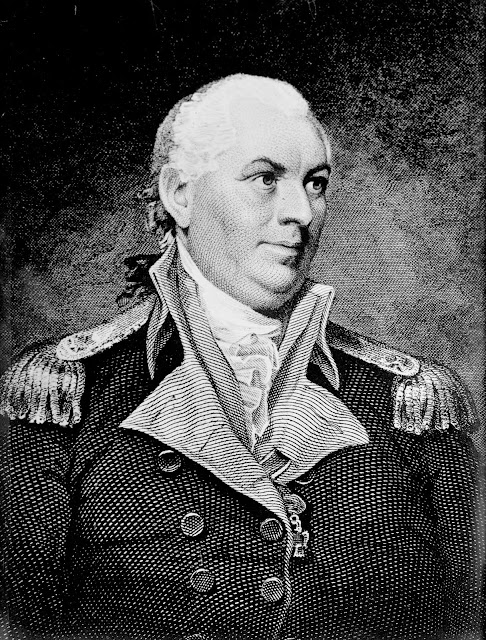 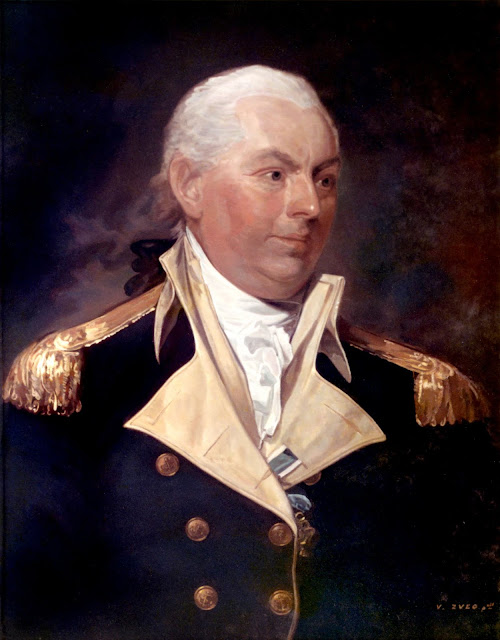 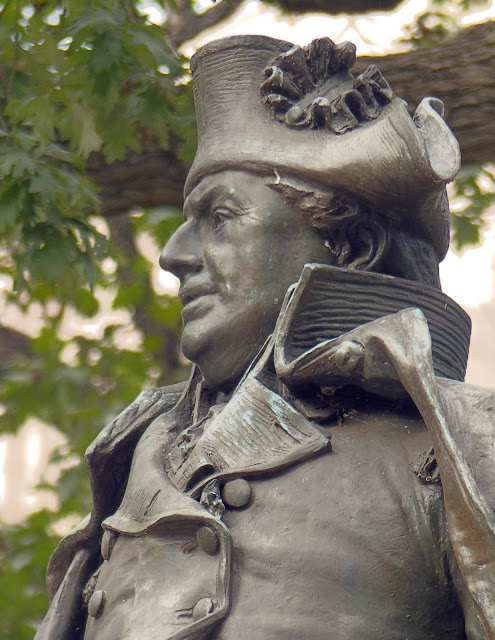