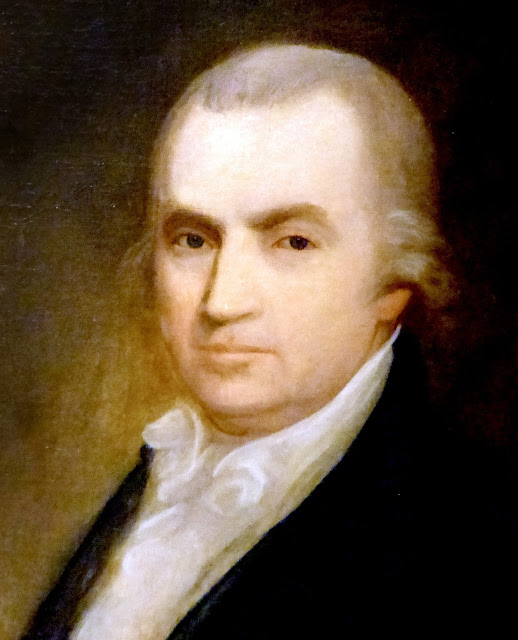 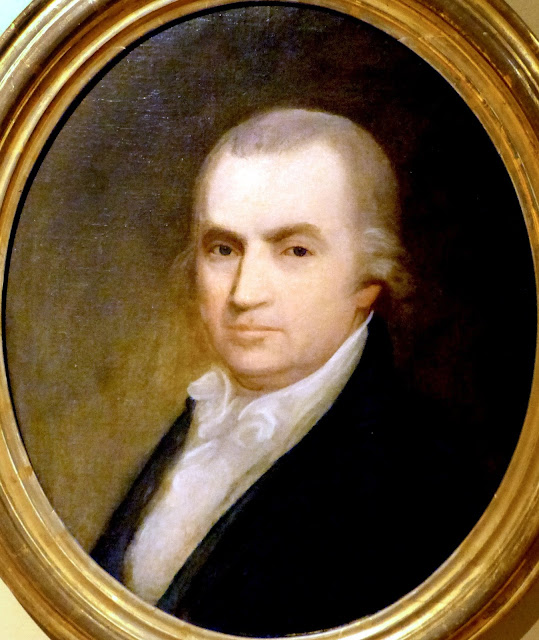 This c. 1800 portrait of James MacCubin Lingan attributed to Lieutenant House hangs in the Museum of the Maryland Historical Society in Baltimore, Maryland.


"James McCubbin Lingan was an officer of the Continental Army during the American Revolutionary War and subsequently a senior officer in the Maryland State Militia. He was taken prisoner at Fort Washington early in the war and spent several years aboard a prison hulk. After independence, Lingan served as a government official in Georgetown. At the outbreak of the War of 1812, Lingan was an outspoken advocate of freedom of the press and was murdered by a mob while defending the offices of an anti-war newspaper in Baltimore." -- Wikipedia 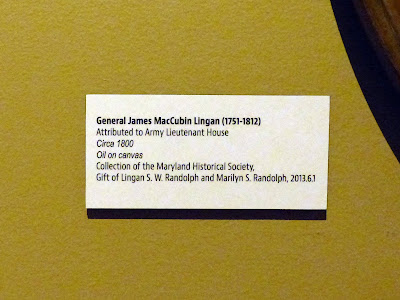 Miss Ella Loraine Dorsey in her biographical sketch of James MacCubbin Lingan in 1909 includes these two portraits. The second of which is the one belonging to the Maryland Historical Society. 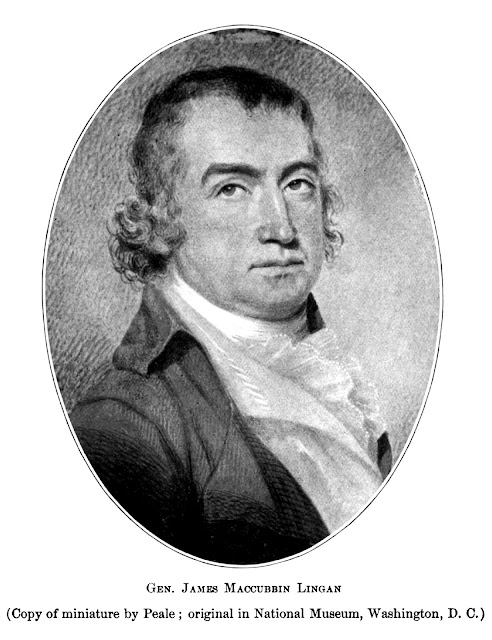 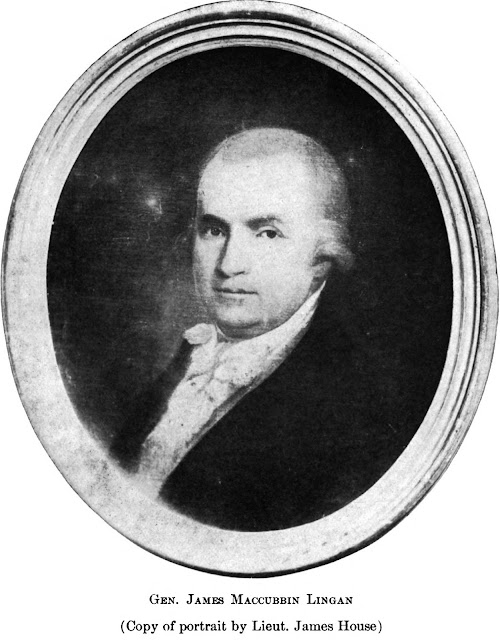 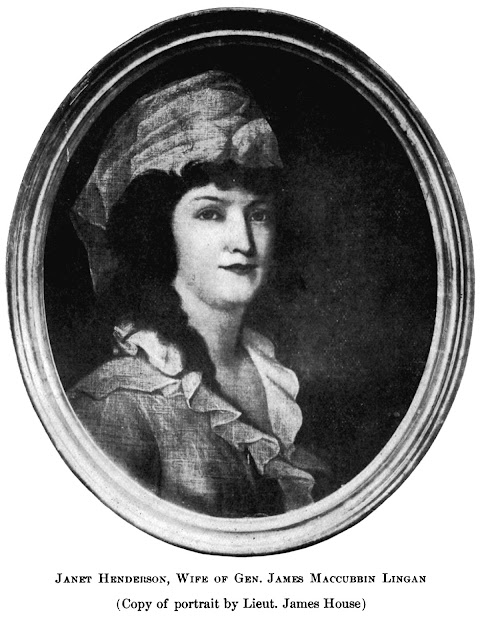 Email ThisBlogThis!Share to TwitterShare to FacebookShare to Pinterest
Labels: Men, War of 1812