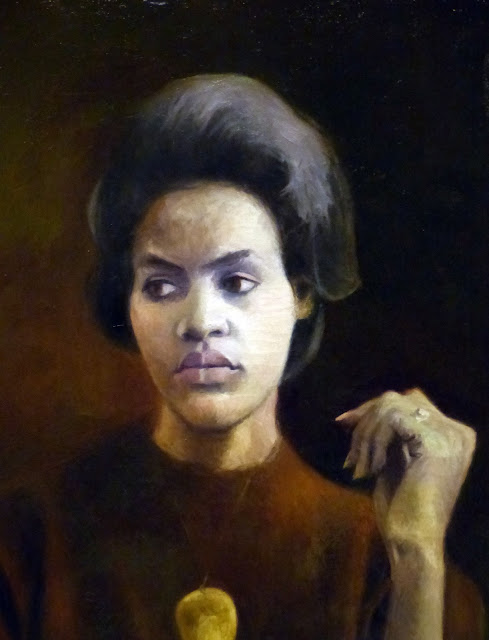 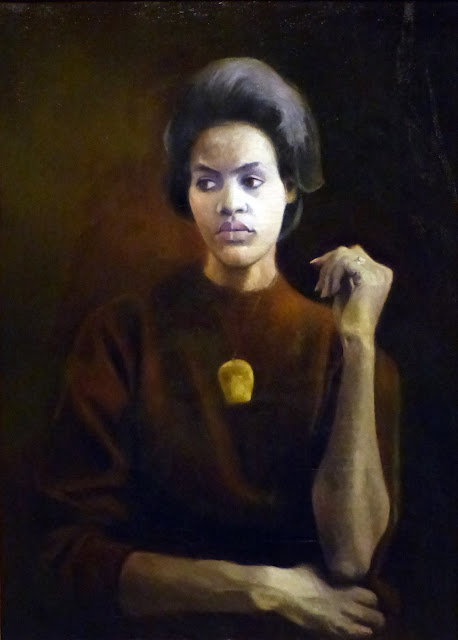 This 1961 portrait of Charlayne Hunter-Gault by Joseph Schwarz hangs in the National Portrait Gallery in Washington DC.


"In January 1961, after a two-year legal battle, Charlayne Hunter-Gault and fellow student Hamilton Holmes walked resolutely onto the University of Georgia campus as the first African American students to enroll at the previously all-white university. Within forty-eight hours of their arrival, students were rioting outside of Hunter-Gault's dormitory and hurling bricks and bottles through her window. Hunter-Gault and Holmes were suspended, ostensibly for their safety. They returned under a new court order, and as Hunter-Gault states, they were 'determined as ever to stay the course.'

This portrait by Joseph Schwarz, an art professor who helped organize a faculty resolution to reinstate the suspended students, captures Hunter­Gault's detached determination - a quality that helped see her through a tension-filled education at the University of Georgia, and to which she attributes her subsequent success. Hunter-Gault is an award-winning journalist and foreign correspondent who has worked for media outlets such as the New York Times, PBS, NPR, and CNN."