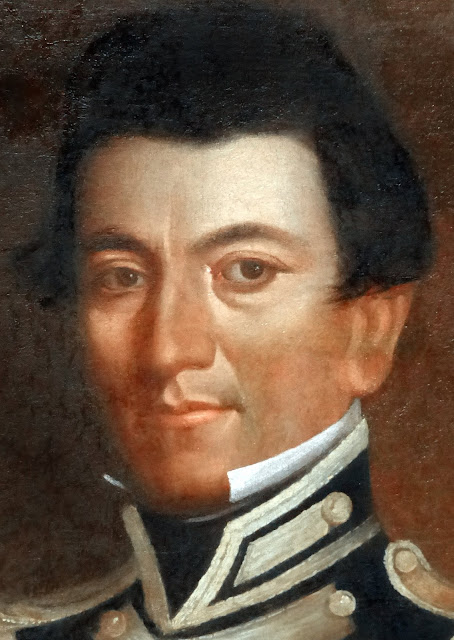 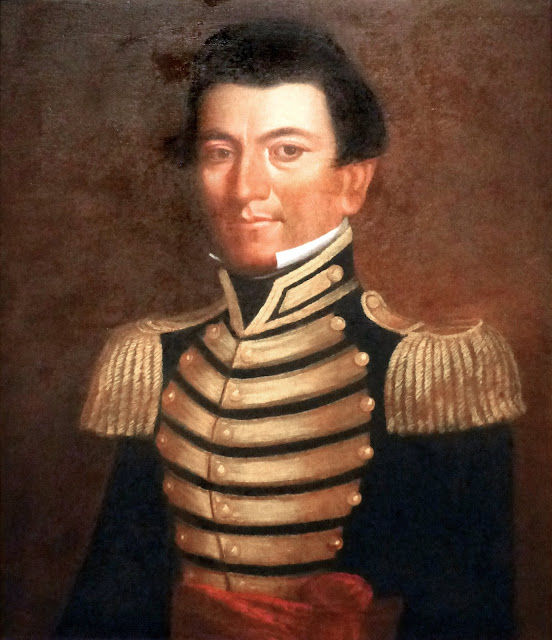 This c. 1838 portrait of Juan Seguín by Thomas Jefferson Wright hangs in the National Portrait Gallery in Washington DC.


"A prominent politician and hero of the Texas War of Independence, Juan Seguín was from a Tejano (Mexican-Texan) family. Between 1829 and 1834, he held several political posts in San Antonio, including alcalde (city magistrate); he served as the city's military commander in the late 1830s. When the Texas Revolution against Mexico erupted in 1835, he fought on the side of settlers. Seguín was the only survivor at the Alamo, as he was sent for reinforce­ments before General Santa Anna attacked, and he was instrumental at the Battle of San Jacinto, which won Texas's independence from Mexico in 1836. Tensions continued between Mexico and the Republic of Texas, and Seguín was accused of espio­nage in the 1840s, while serving as mayor of San Antonio. He fled to Mexico, where the government forced him to fight on its side during the Mexican American War.

Kentucky-born portrait painter Thomas Jefferson Wright arrived in Texas during the spring of 1837 and portrayed many prominent political figures of the Texas Revolution and the Texan Republic." -- National Portrait Gallery 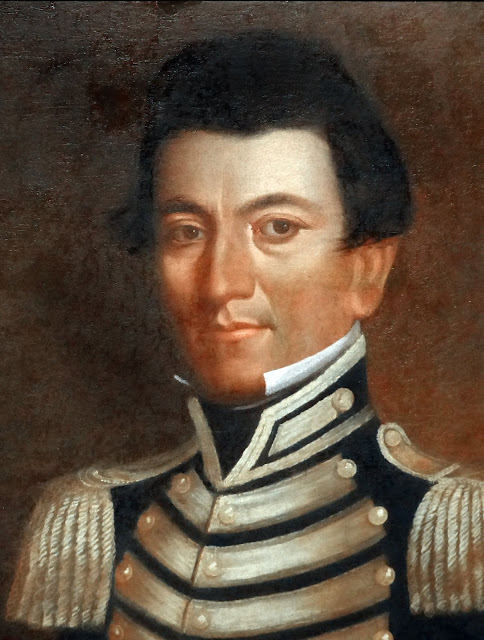 WETA discusses the betrayal of Juan Seguin by his Anglo neighbors in the 1840s.


Seguin was rudely shocked, however, by the aftermath of the Texas Revolution. Numerous towns in Texas moved to expel all of their tejano residents, and even in San Antonio many anglos seriously considered such a move. But the most stunning blow came when Seguin helped defeat a Mexican expedition against San Antonio in 1842. In a ploy to turn anglo Texans against him, the Mexican commander stated publicly that Seguin was still a loyal Mexican subject, and although Seguin was the mayor of San Antonio at the time, anglos who had been his former comrades suddenly accused him of treason. Vigilantes drove him from the city where he had been born and forced him to flee to Mexico. Seguin's hopes that the Texas revolution would mean freedom for all Texans were shattered.

Seguin's betrayal left him embittered: "A victim to the wickedness of a few men... a foreigner in my native land; could I be expected to stoically endure their outrages and insults?" he wrote in 1858. "I sought for shelter amongst those against whom I fought; I separated from my country, parents, family, relatives and friends, and what was more, from the institutions, on behalf which I had drawn my sword, with an earnest wish to see Texas free and happy."

The Mexican government hardly welcomed Seguin with open arms. Upon his arrival in Nuevo Laredo in 1842, the authorities arrested him and offered him a choice between serving in the army or extended imprisonment. He chose to join the army, and fought in the Mexican-American war against the United States. After the war Seguin received permission to return to Texas, and did so, but in 1867 continued harassment again prompted his return to Mexico. He died in Nuevo Laredo, just across the Rio Grande from the land for whose independence he had fought, in 1890. -- WETA