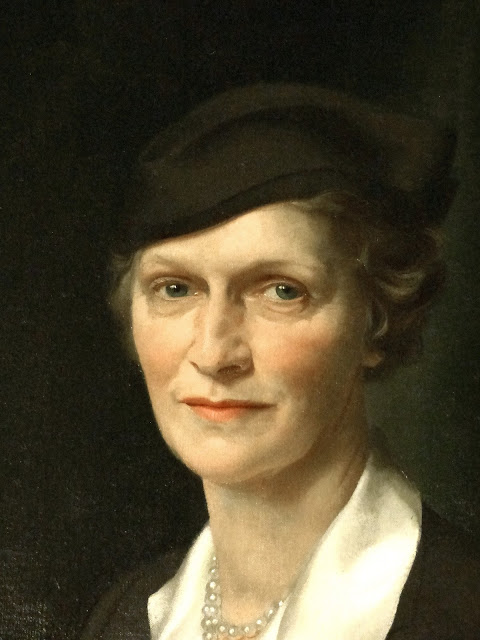 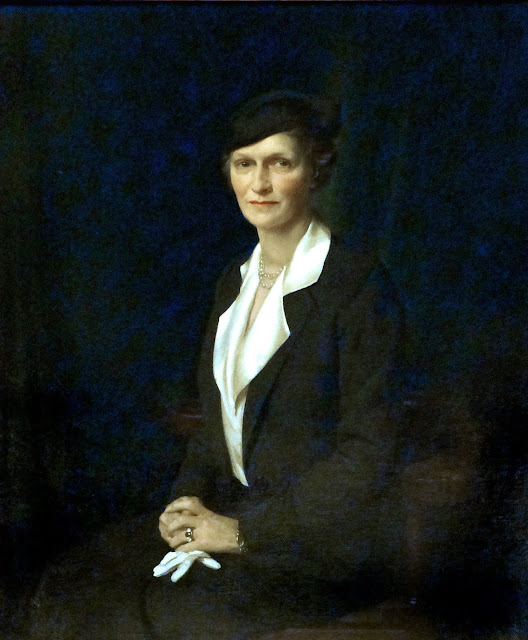 This portrait of Nancy Langhorne, Viscountess Astor, painted by James Gunn hangs on in the Virginia State Capitol in Richmond Virginia.


"Born in Danville, Virginia, on May 19, 1879, Lady Astor was the first woman member of the British Parliament, elected November 28, 1919, and represented Plymouth, Sutton Division.

The portrait of Lady Astor, dressed in attire that she customarily wore when sitting as a Member of the British Parliament, was presented in 1937 to Governor George C. Peery by a committee representing the ladies of the Commonwealth." 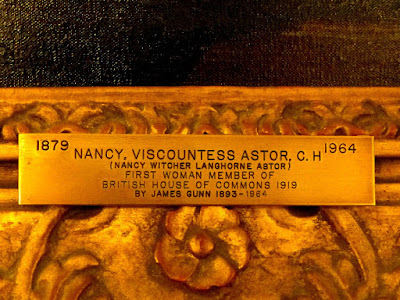 From a flyer available at the Virginia Capitol Building:

• Family amassed wealth through contracts with the Chesapeake & Ohio Railroad


• After meeting on an ocean voyage, married Waldorf Astor in London, 1906 ( fours sons, one daughter)


• Waldorf Astor vacates seat in Parliament when he succeeds to the title of 2nd Viscount; Lady Astor runs for Parliament


• Never forgetting her Virginia roots, donated antique clock (on display in the Jefferson Room) to the Capitol
Posted by Allen Browne at 6:43 AM