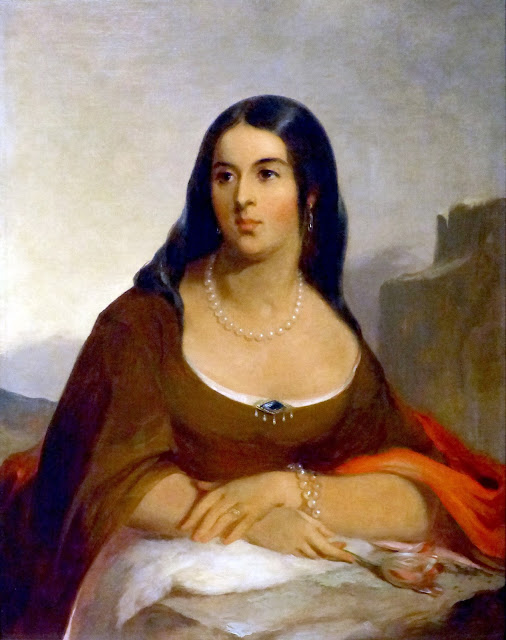 This 1852 portrait of Pocahontas by Thomas Sully hangs in the Virginia Historical Museum in Richmond Virginia.

"This regal portrait, painted by the renowned artist Thomas Sully, seemed a fitting treatment of the woman who had come to be called the 'mother' of the nation by the 1850s. Southerners in particular claimed Pocahontas as a progenitor; indeed, her descendants through her son Thomas Rolfe were among the most prominent families in the South. In Sully's portrait, Pocahontas's features are more Mediterranean than Powhatan, but this image of her became one of the best known and most copied. It was even adapted for the banner of a Confederate militia unit that called itself the 'Guard of the Daughters of Powhatan.'"-- Virginia Historical Museum

Based on an early 18th or late 17th century portrait (called the Turkey Island portrait) originally one of a pair with a portrait of John Rolfe brought to Virginia from England by Ryland Randolph, a Pocahontas descendant, and installed in his house on Turkey Island.

Sully's nephew Robert also painted a copy of the Turkey Island portrait, which was reproduced in History of the Indian Tribes of North America by McKenney, Hall, Todd and Todd published by  Rice and Clark,. 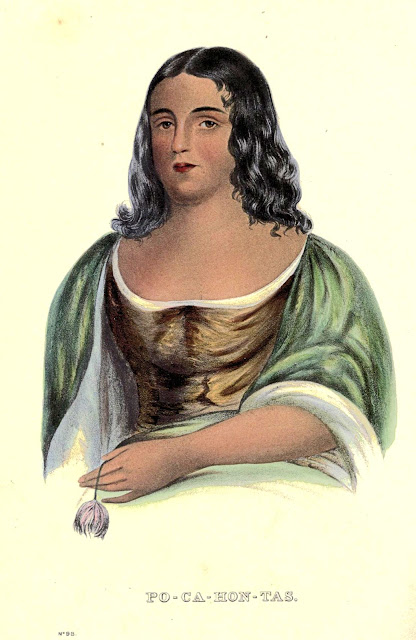 In 1843 Doctor T. Robinson of Petersburg Va., the  holder in due course of the Turkey Island portrait, wrote that "Mr. S. {Robert Sully} has copied this very interesting portrait...likeness, costume and attitude have been preserved with great exactness. ... The original is crumbling so rapidly it may be considered as having already passed out of existence."


"The portrait I painted and presented to the Historical Society
of Virginia was copied in part from the portrait in the Indian
Gallery published by Daniel Rice and Z. Clark. In my opinion
the copy by my nephew is best entitled to authenticity."

Sully's portrait is in turn the basis for many subsequent images of Pocahontas such as the flag of the 4th Virginia Cavalry Regiment (the Guard of the Daughter's of Powhatan) in the Civil War. 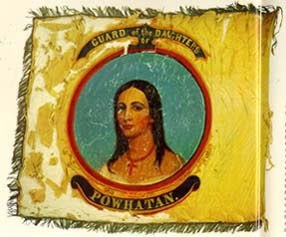 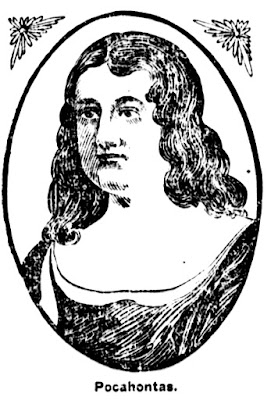 To download or link to my photo of Sully's Portrait Click Here.
Posted by Allen Browne at 6:44 PM