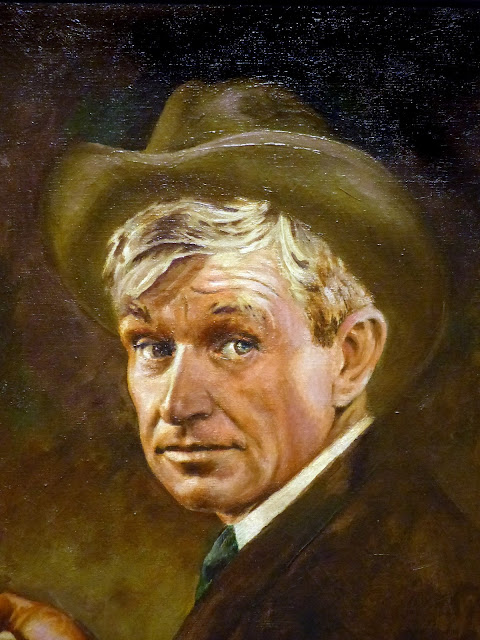 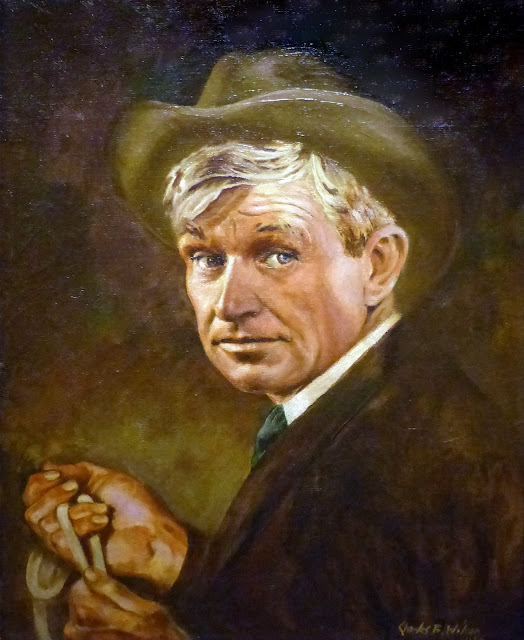 This 1933-36 portrait of Will Rogers by Charles Banks Wilson  hangs in the National Portrait Gallery in Washington DC.

"Will Rogers was the child of Cherokee parents; his father was prominent in Oklahoma politics. Rogers, however, lived the life of a cowboy before discov­ering his gifts as a humorist, actor, and commentator on social mores and politics. Rogers's biographer has noted that of all the myths surrounding the humorist's phenomenal success, none conflicted with reality more than the myth of his ignorance. Rogers used his wit and intellect to entertain and to cultivate the persona of a naive cowboy who commented on and often "roasted" pretentious, self-styled sophisticates. Rogers was killed in a plane crash on August 15, 1935, at the peak of his fame as a radio and movie star and newspaper columnist.

Few portraitists captured Rogers from life. One of those was Charles Banks Wilson, who at age fifteen sketched Rogers backstage after a performance in Miami, Oklahoma. He created this painting from those sketches." 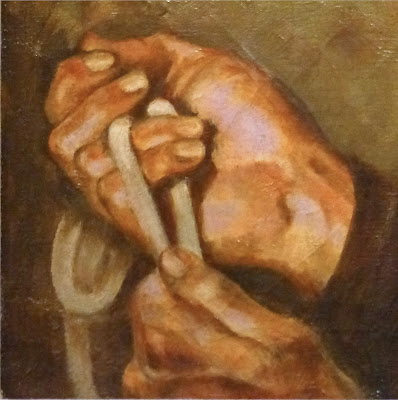 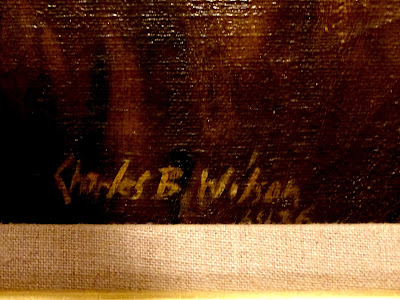