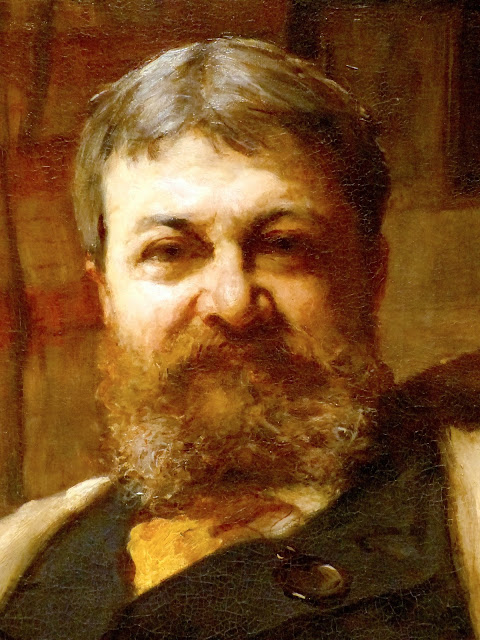 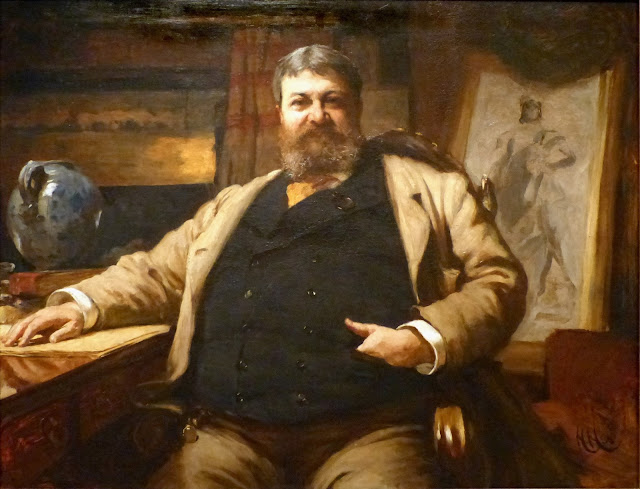 This 1886 portrait of H. H. Richardson hangs in the National  Portrait Gallery in Washington DC.


"Born St. James Parish, Louisiana, Trained in Paris at the Ecole des Beaux-Arts, Henry Hobson Richardson became America's leading architect in the late 1800s. He designed a wide range of structures, including churches, railroad stations, department stores, courthouses, libraries, and private homes. Best known today for Trinity Church in Boston, Massachusetts, Richardson fused the Romanesque style of medieval France with the picturesque style popular in England and the United States. In this portrait, British artist Hubert von Herkomer found his sitter's girth, accentuated by the rounded pitcher in the background, an ideal metaphor for his character. During the sittings, Herkomer noted that Richardson was 'as solid in his friendship as in his figure. Big-bodied, big-hearted, large-minded, full­brained, loving as he is pugnacious.' This painting remained in the subject's family until its acquisition by the National Portrait Gallery in 2009." -- National Portrait Gallery 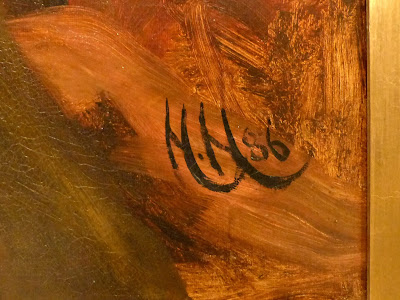