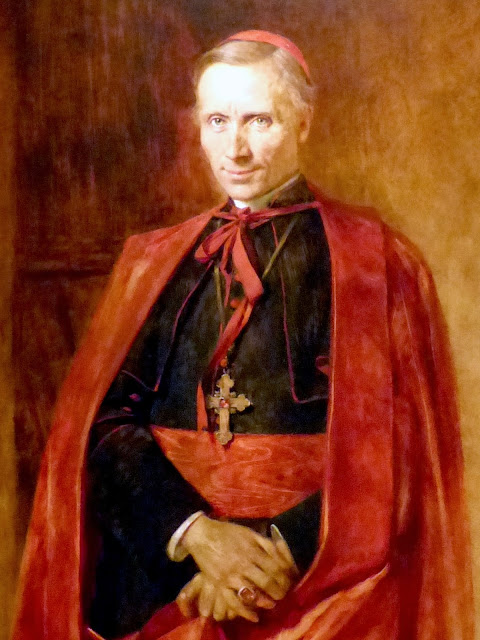 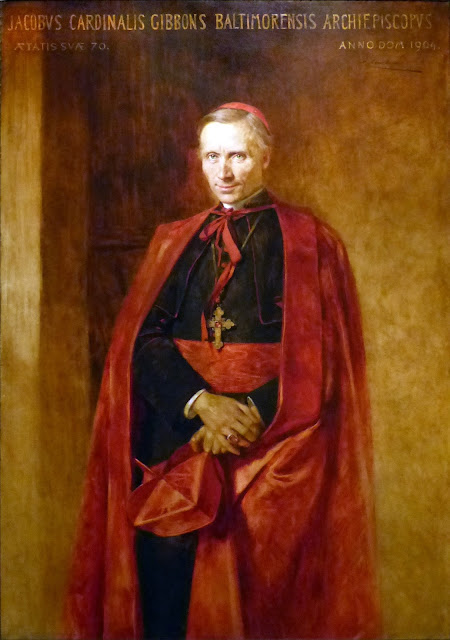 This 1904 portrait of James Gibbons by Theobald Chartran hangs in the National Portrait Gallery in Washington, DC.

"Ordained a Catholic priest in 1861 and made a cardinal in 1887, James Gibbons was one of the most influential clerics of his day. While 'he reigned in Baltimore like a king,' a British admirer once wrote, 'he met every men like a comrade.' Gibbons's success in preventing papal condemnation of Catholic laborers participating In the Knights of Labor's struggle for improved working conditions was characteristic of his commitment to the working man. He was also instrumental in maintaining unity in an increasingly diverse American Catholic Church by promoting the acculturation of its foreign-born membership. A friend to several presidents, Gibbons was often called on for counsel on issues ranging from tariff policy to the acquisition of the Philippines. French artist Theobald Chartran's portrait of Gibbons captures the warmth that accounted in large part for his wide influence." -- National Portrait Gallery 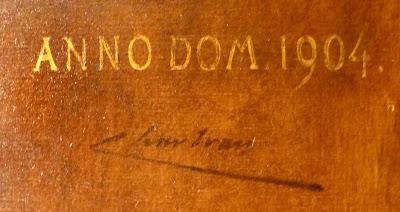 This photo of Cardinal Gibbons appears in The Cross and the Flag by John Gilmary Shea, c. 1899. 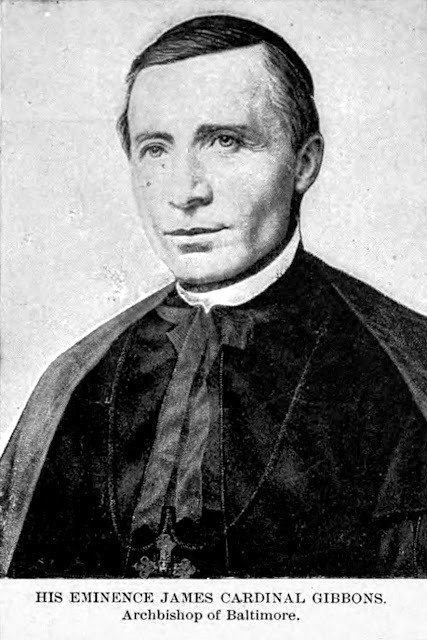