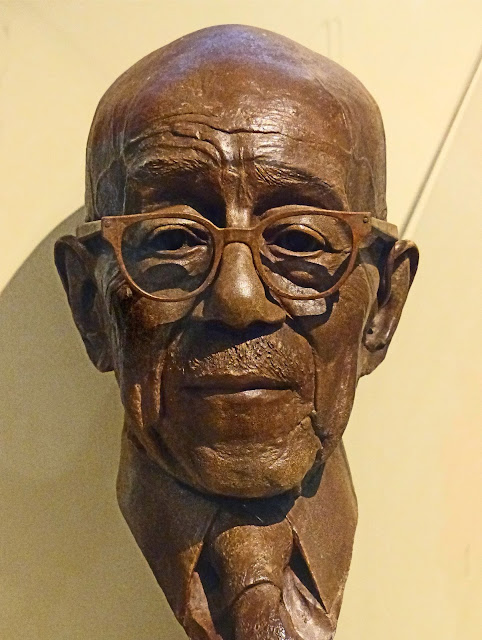 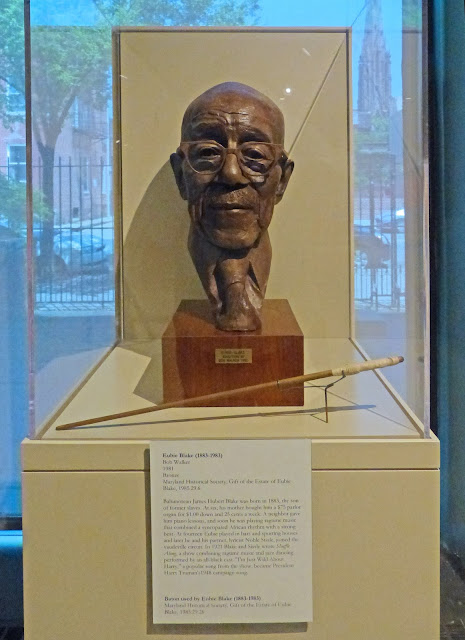 This 1981 bronze bust of Eubie Blake (1883-1983)  by Bob Walker is on display at the Maryland Historical Society in Baltimore, Maryland.


"Baltimorean James Hubert Blake was born in 1883, the son of former slaves. At six, his mother bought him a $75 parlor organ for $1.00 down and 25 cents a week. A neighbor gave him piano lessons, and soon he was playing ragtime music that combined a syncopated African rhythm with a strong beat. At fourteen Eubie played in bars and sporting houses and later he and his partner, lyricist Noble SissIe, joined the vaudeville circuit. In 1921 Blake and Sissie wrote Shuffle Along, a show combining ragtime music and jazz dancing performed by an all-black cast. 'I'm Just Wild About Harry,' a popular song from the show, became President Harry Truman's 1948 campaign song." -- Maryland Historical Museum 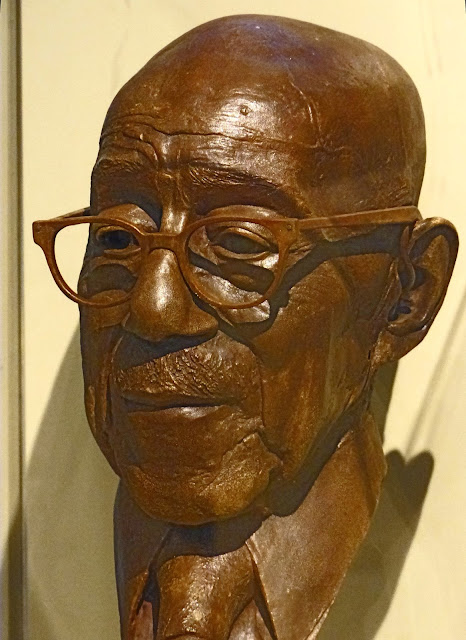 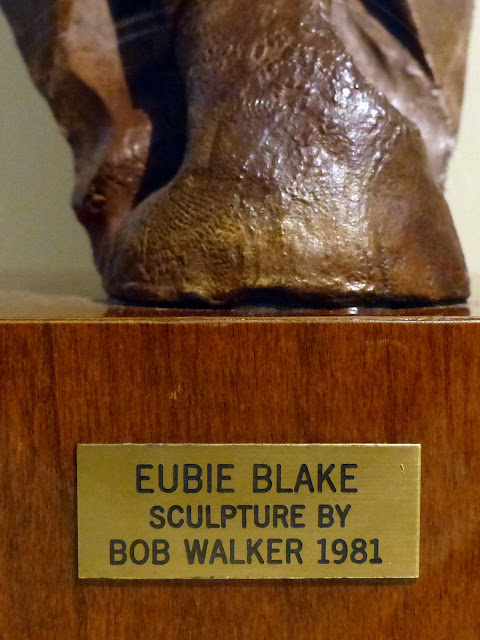 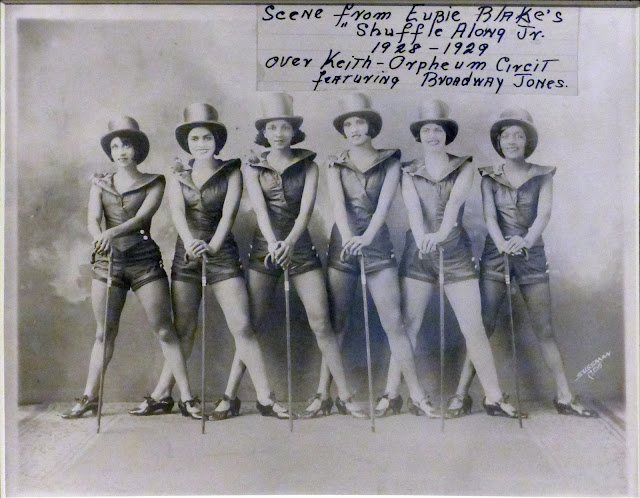