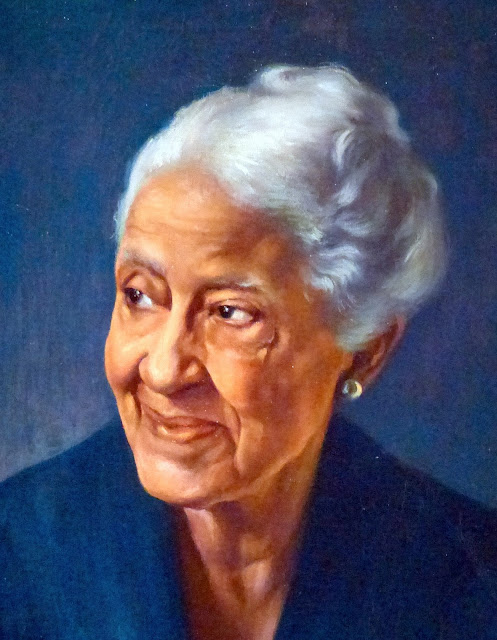 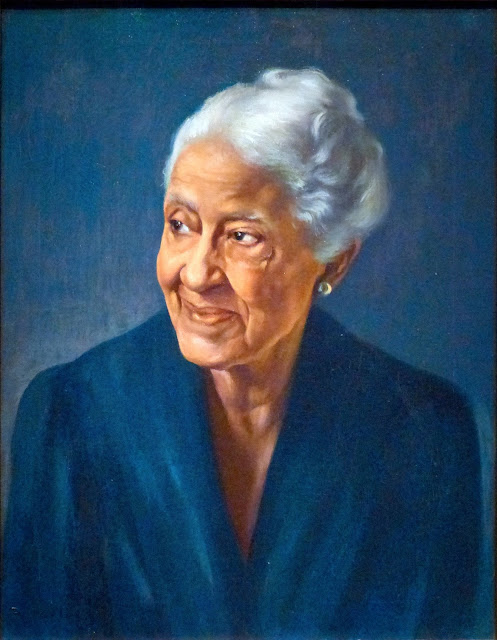 
"Mary Church Terrell's determination to encourage the development of self-help and social service programs among black women resulted in her founding and presiding over the National Association of Colored Women in 1896. But her life was also dedicated to the achievement of equity for all. Terrell's influence quickly spread across the nation as she eloquently addressed audiences and composed numerous articles, poems, and short stories, which often embodied the themes of race and gender equity. Her autobiography,  A Colored Woman in a White World, was published in 1940. In Washington, Terrell served on the D.C. Board of Education for more than ten years and participated in numerous protests to end segregation in restaurants, hotels, and theaters in the city." -- National Portrait Gallery

This engraving of Mrs. Mary Church Terrell appeared in the The Colored American 17 Feb. 1900. (Library of Congress) 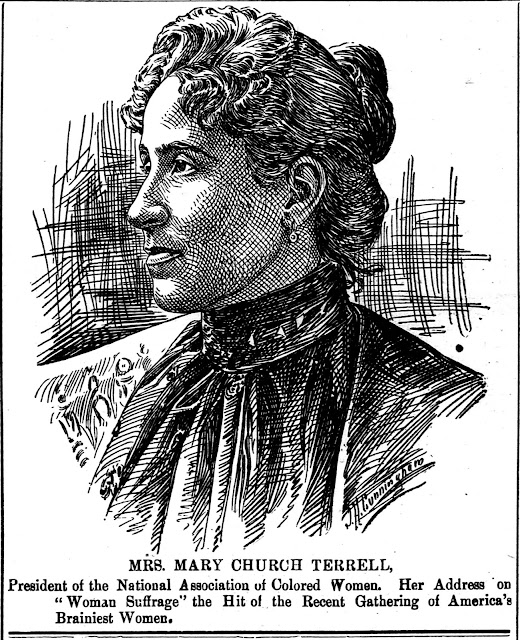 Mrs. Mary Church Terrell
President of the National Association of Colored Women. Her Address on "Woman Suffrage" the Hit of the Recent Gathering of America's Brainiest Women.

An historical marker in Memphis Tennessee gives this biography of Mrs. Terrell.


"Born in Memphis in 1863, Mary Church Terrell was noted as a champion of human rights. The daughter of millionaire Robert Church, Sr., she was graduated from Oberlin College in 1884 and later made her home in Washington, D.C. In 1904, she was a delegate to the International Council of Women in Berlin, where she was the only woman to address the group in French, German and English. A 1909 charter member of the N.A.A.C.P., she was an active worker for women’s suffrage and the passage of the Nineteenth Amendment, in the 1950s she lead marches to desegregate restaurants in Washington, D.C. She authored A Colored Woman in a White World."


Another marker in Washington, DC. discusses the house that Mrs. Terrell and her husband Robert H. Terrell lived in.

Today, only the half of the duplex house the Terrells lived in exists. The other half burned down long ago. The vacant house is one of Washington's most endangered. 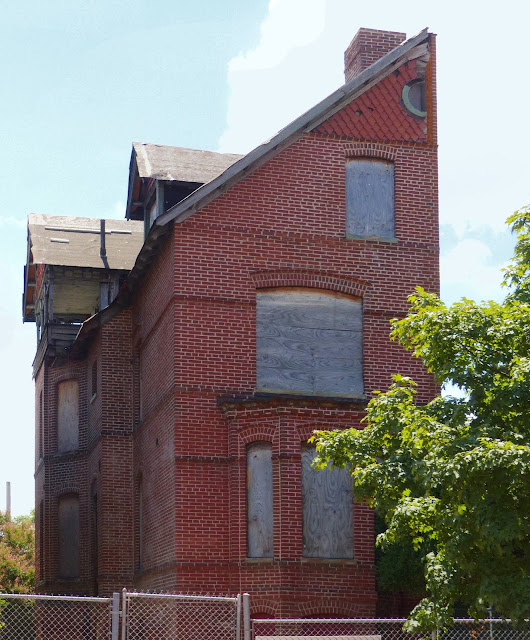