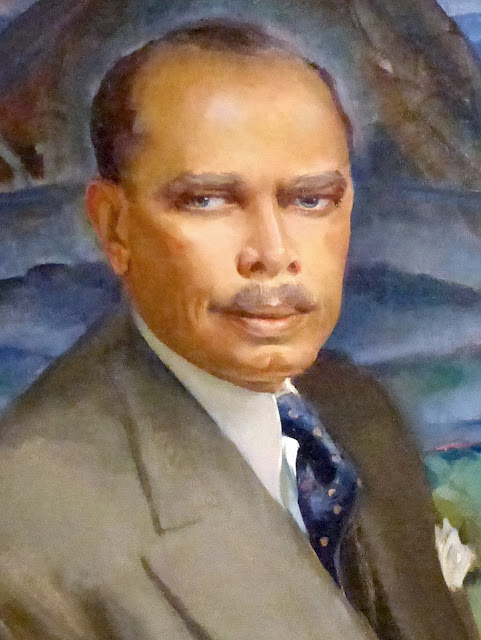 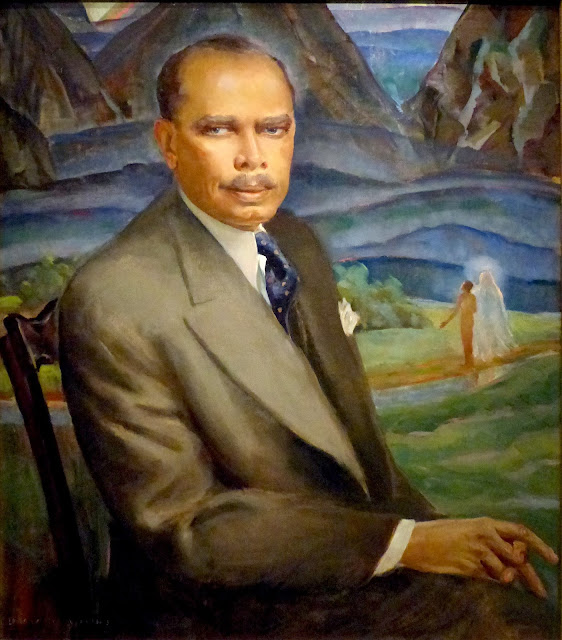 This 1943 portrait of James Weldon Johnson by Laura Wheeler Waring hangs in the National Gallery in Washington DC.


"James Weldon Johnson was a Renaissance man: successful Broadway lyricist, poet, novelist, diplomat, and a key figure in the NAACP. In 1900 he collaborated with his brother to produce 'Lift Every Voice and Sing,' a song that later acquired the subtitle of 'The Negro National Anthem.' President Theodore Roosevelt appointed Johnson consul to Venezuela and Nicaragua, where he served with great distinction. In the 1920s, Johnson became a key figure in the Harlem Renaissance, known for his anthology, The Book of American Negro Poetry; his work on African American religion, God's Trombones; and Black Manhattan, the first history of African Americans in New York City. As chief operating officer of the NAACP during that same decade, he helped formulate the strategy that would later over­turn American segregation laws. The background of this portrait recalls 'Creation,' Johnson's best-known poem in God's Trombones." -- National Portrait Gallery