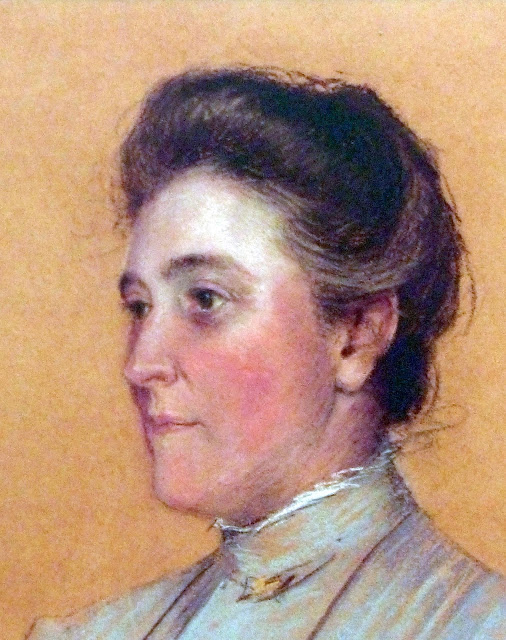 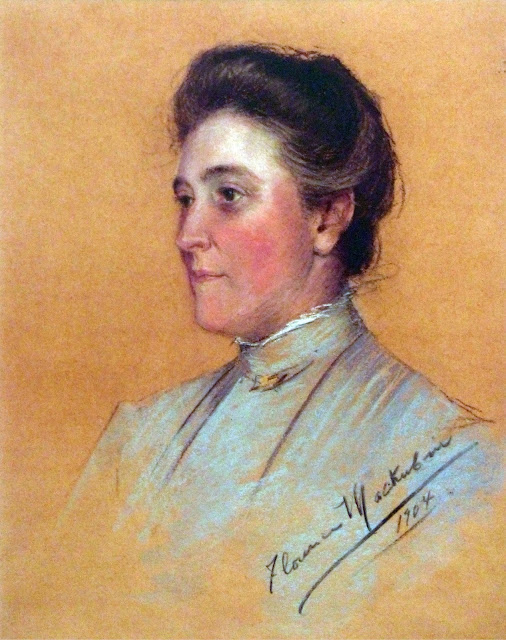 This 1904 portrait of Helen West Ridgely by Florence Maccubbin hangs at Hampton in Baltimore ounty Maryland.


"Helen West Stewart Ridgely (1854-1929) was the wife of Hampton’s fifth master, Capt. John Ridgely (1851-1938). She was a highly accomplished woman: a talented writer, antiquarian, artist, genealogist, manager, and hostess. She was the author of two books still considered standard references, The Old Brick Churches of Maryland (1894) and Historic Graves of Maryland and the District of Columbia (1908). A friend of the Theodore Roosevelts, she describes in her diary collecting eggs from Hampton’s chickens one morning before changing clothes and catching the train to go to tea at the White House in the afternoon. This sensitive pastel portrait is by Florence Mackubin (1866–1918), a prominent society portrait artist in early 20th century Baltimore with whom Helen was associated through their membership in the Colonial Dames of America." -- American Heritage

and also Helen West Stewart Ridgely at Landmarks.
Posted by Allen Browne at 10:37 AM