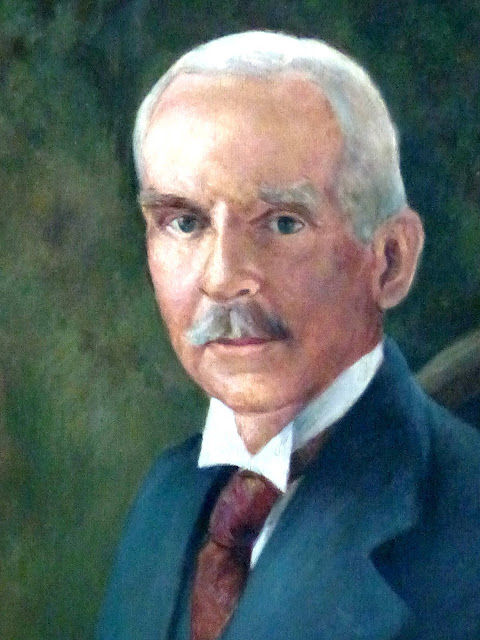 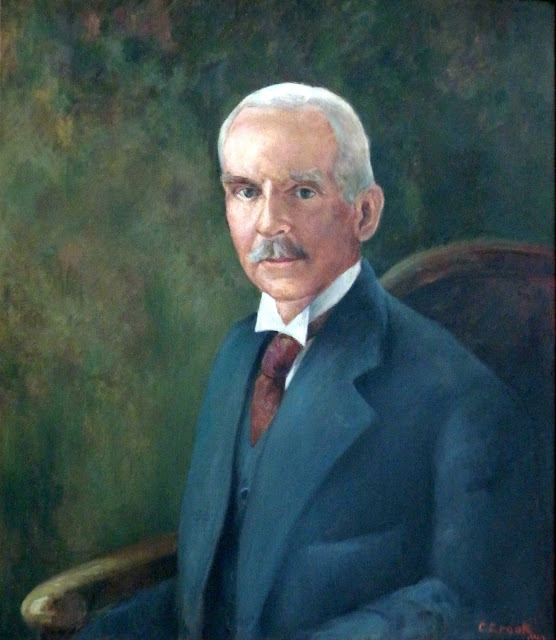 This 1940 portrait of Captain John Ridgely by Corrie Crook hangs at Hampton in Baltimore
County, Maryland.


"Always styled 'Captain,' John Ridgely (1851-1938) was the eldest son of Hampton’s fourth master Charles Ridgely (1830-1872) and Margaretta Sophia Howard Ridgely (1824-1904). He technically became fifth master of the estate upon the death of his father in Rome in 1872, but his mother continued the management of the estate for many years afterward. Described as a 'gentleman farmer,' John oversaw an estate that was both dwindling in size and in profitability by the early 20th century. He brought a significant improvement to the mansion in 1929, with the installation of electricity following the death of his wife, Helen West Stewart Ridgely (1854-1929). Signed "Corrie Crook/1940," this portrait showing Capt. John in old age was painted from a photo posthumously." -- National Park Service