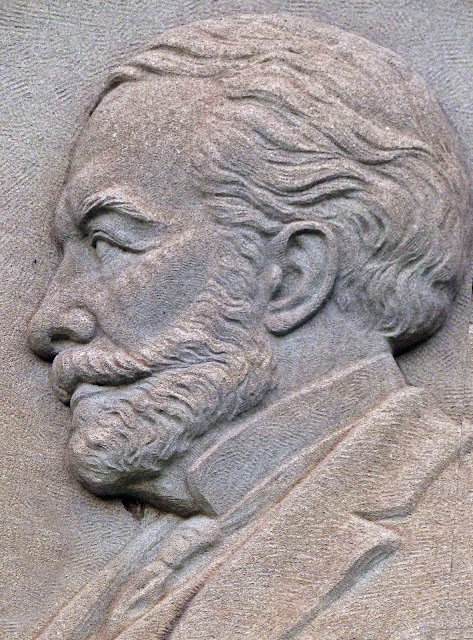 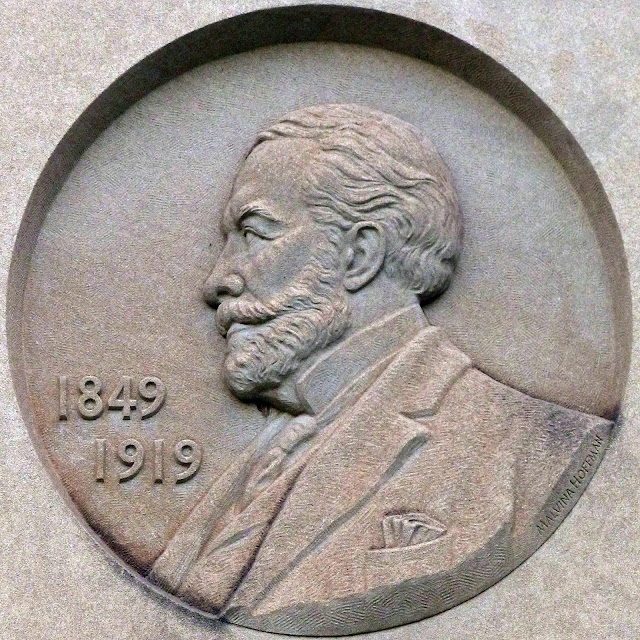 This 1965 bas-relief medallion of Henry Clay Frick by Malvina Hoffman is set in the wall over the door of the Frick Fine Arts Building at the University of Pittsburgh in Pittsburgh, Pennsylvania. It is one of Hoffman's last works.


"Henry Clay Frick (December 19, 1849 – December 2, 1919) was an American industrialist, financier, union-buster, and art patron. He founded the H. C. Frick & Company coke manufacturing company, was chairman of the Carnegie Steel Company, and played a major role in the formation of the giant U.S. Steel manufacturing concern. He also financed the construction of the Pennsylvania Railroad and the Reading Company, and owned extensive real estate holdings in Pittsburgh and throughout the state of Pennsylvania. He later built the historic neoclassical Frick Mansion (now a landmark building in Manhattan) and at his death donated his extensive collection of old master paintings and fine furniture to create the celebrated Frick Collection and art museum." -- Wikipedia 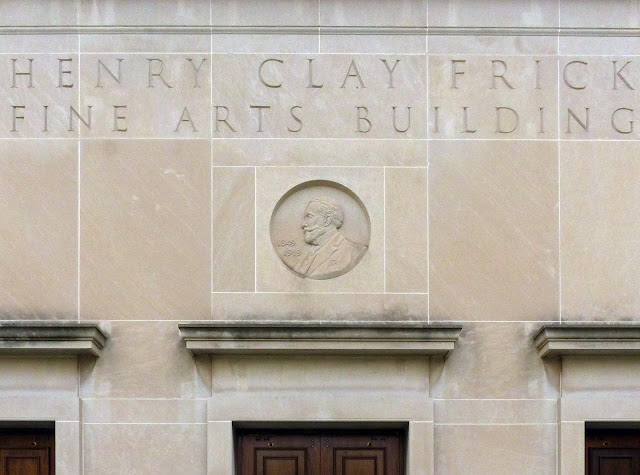 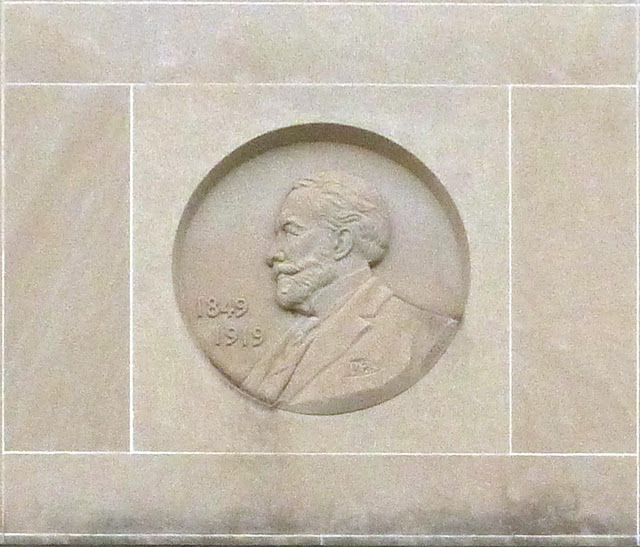