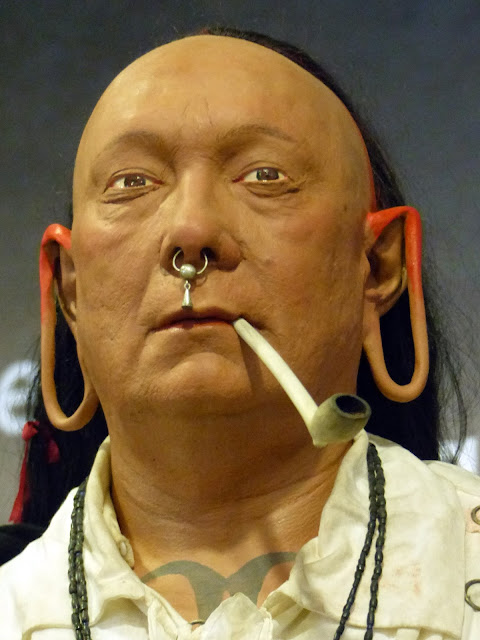 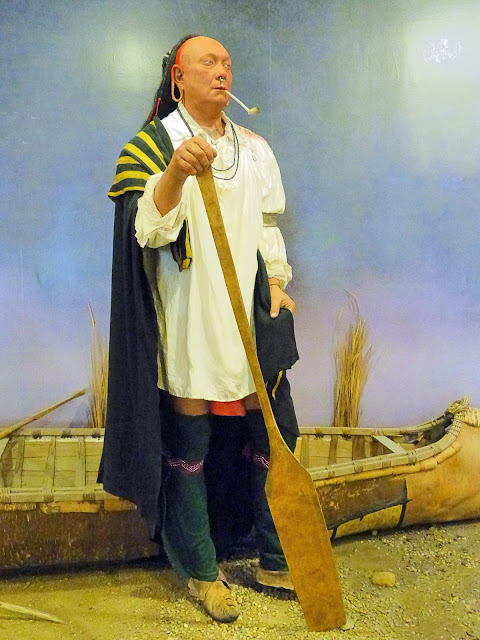 This manaquin of Tamaqua (c. l710 -1770) stands in the Fort Pitt Museum in Point State Park in Pittsburgh Pennsylvania.


"Tamaqua, also known as The Beaver or King Beaver, served as spokesperson for the Delaware nation, and a key peacemaker and ally of the British during the French and Indian War. Tamaqua first requested in 1751 that the British build a 'strong house [fort] on the River Ohio' that the Delaware might have a place of trade and refuge in the event of war with the French. In 1758, when British General John Forbes' army of 6,000 began to traverse Pennsylvania, Forbes sent missionary Frederick Post ahead to the Ohio tribes beartng messages of reconciliation. At the village of Kuskuskies, Post met extensively with Tamaqua, whose influence in tribal council helped to turn hostility to neutrality and enabled Forbes' army to occupy the Point without harassment or bloodshed.

Beginning with Tamaqua's arrival at the newly-named Pittsburgh only eight days after the city's founding on November 25, 1758, talks and negotiations between the British and the western tribes became a constant occurrence. Tamaqua became a fixture in town, speaking at the summer and fall conferences of 1759, 1760, 1761, and 1762. He continued to advocate for peace until just prior to the outbreak of Pontiac's War in 1763, but was conspicuously absent from parleys held between Native commanders and British officials during the Siege of Pittsburgh. In 1764,Tamaqua negotiated with Colonel Henry Bouquet during his expedition into Ohio to secure the return of white captives. Tamaqua encouraged his brethren to comply with the Colonel's demands as he did, by returning prisoners to Fort Pitt in 1765. Reported to have died in August of 1769, Tamaqua was buried near the future site of the Moravia n mission village of Gnadenhutten." -- Fort Pitt Museum 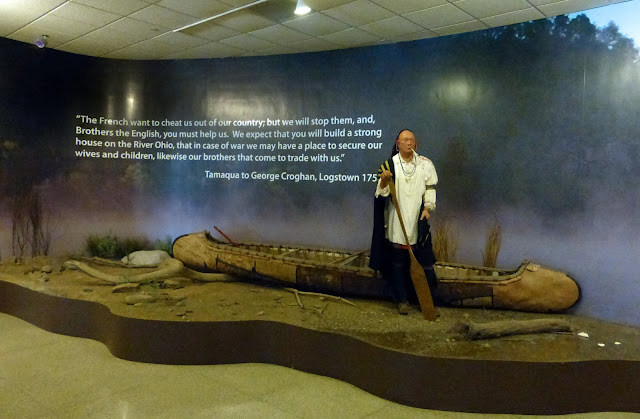 "The French want to cheat us out of our country; but we will stop them, and, Brothers the English, you must help us. We expect that you will build a strong house on the River Ohio, that in case of warwe may have a place to secure our wives and children, likewise our brothers that come to trade with us." -- Tamaqua to George Croghan, Logstown, 1751 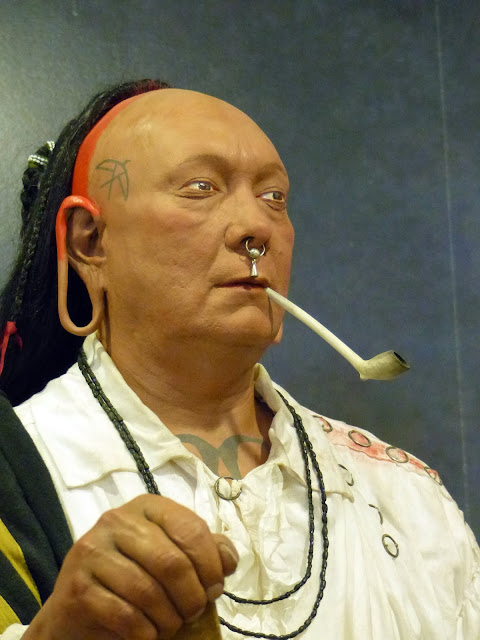