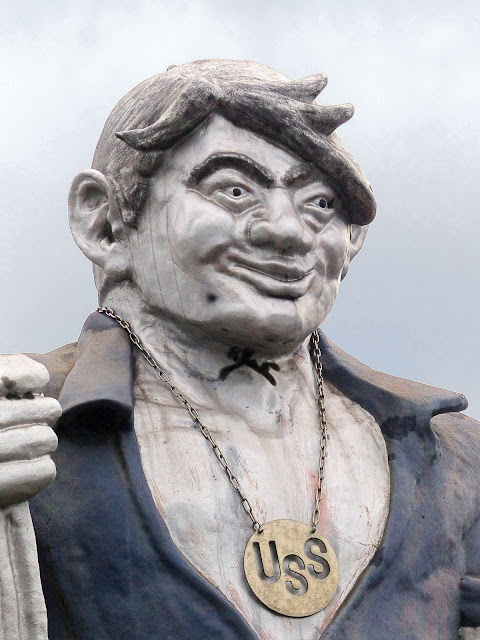 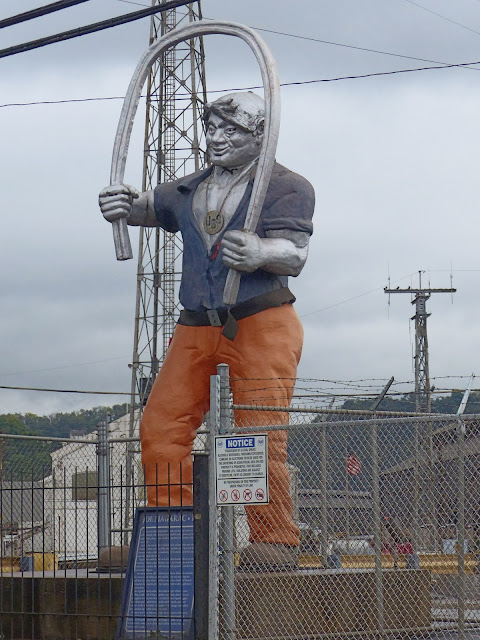 This enormous statue of Joe Magarac was originally a scene on the Olde Kennywood Railroad in Kennywood Amusement park. It was donated to US Steel in 2009 and now sits out side gate #2 of the US Steel Mon Valley Works, Edgar Thomson Plant in Braddock Pennsylvania. 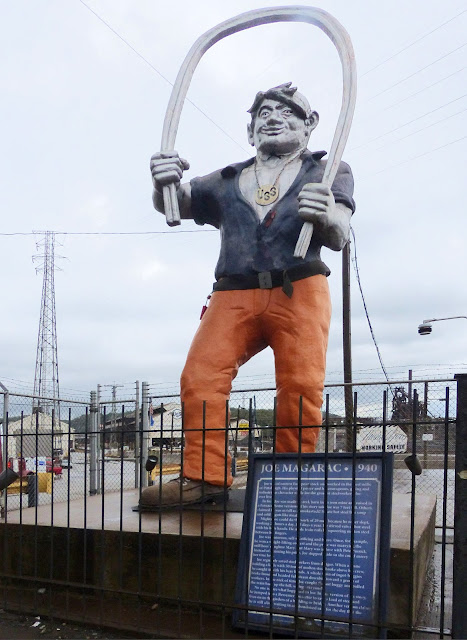 
"Joe was of eastern European stock and worked in the steel mills of Pittsburgh. His physical power and his courageous, giving and industrious character made Joe the greatest steelworker who ever lived.

In fact, Joe was made of steel, born in an iron mine and raised in a furnace. Some versions of his story said Joe was 7 feet tall. Others claimed he was as tall as a smokestack! He ate hot steel like soup and cold ingots like meat.

Mighty Joe could do the work of 29 men because he never slept, working 24 hours a day, 365 days a year. He stirred vats of hot steel with his bare hands. He made train rails by squeezing molten steel between his fingers.

Joe was generous, self-sacrificing and brave. Once, for example, he won a weight-lifting contest and the prize was marrying the mill boss' daughter Mary. But Mary was in love with Pete Pussick. Instead of claiming his prize, Joe stepped aside so she could marry her true love.

Joe regularly saved steelworkers from danger. When a crane holding a ladle with 50 tons of molten steel broke above his crew, he caught it with his bare hands. A whole train of ingot-buggies broke loose and headed full steam downhill toward a group of workers. In the nick of time, Joe caught the last buggy and pulled the train back up the hill, saving everyone!

No one is sure what happened to Joe. In one version of his story, he jumped into a Bessemer converter to save a load of steel and lives on in the girders of a building or bridge. Another version claims he is still alive, waiting in an abandoned mill for the day that the furnace burns again." 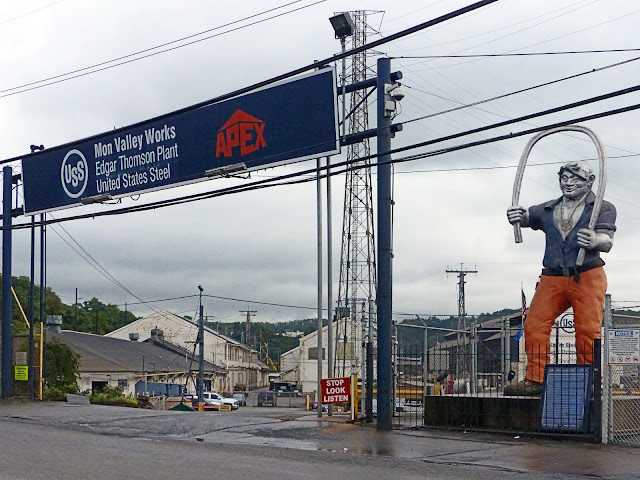 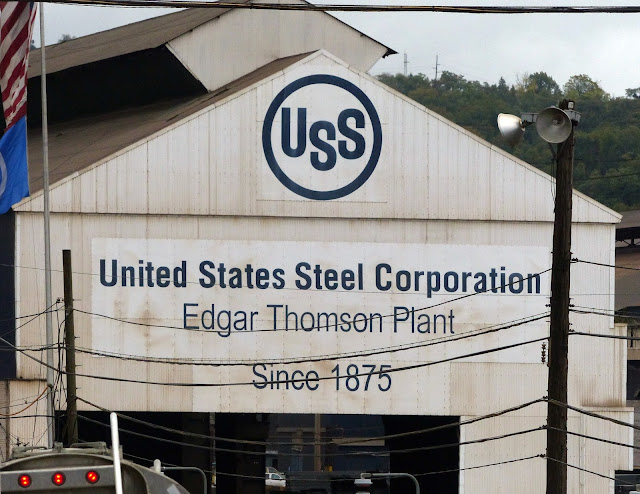 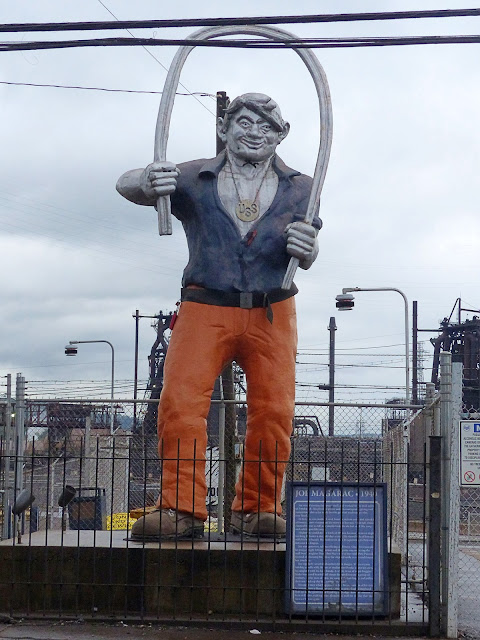