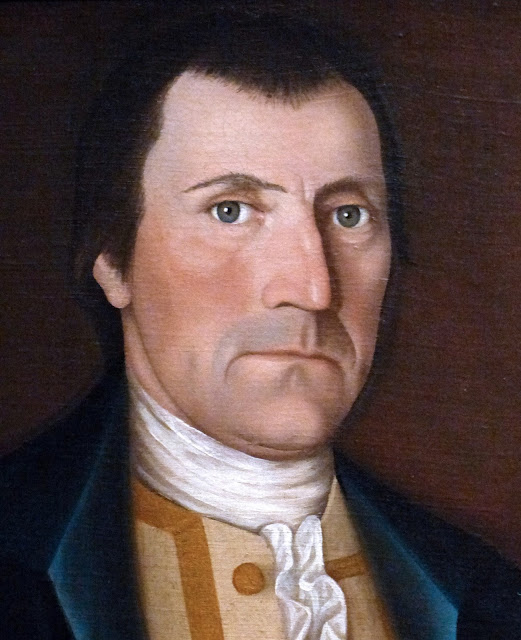 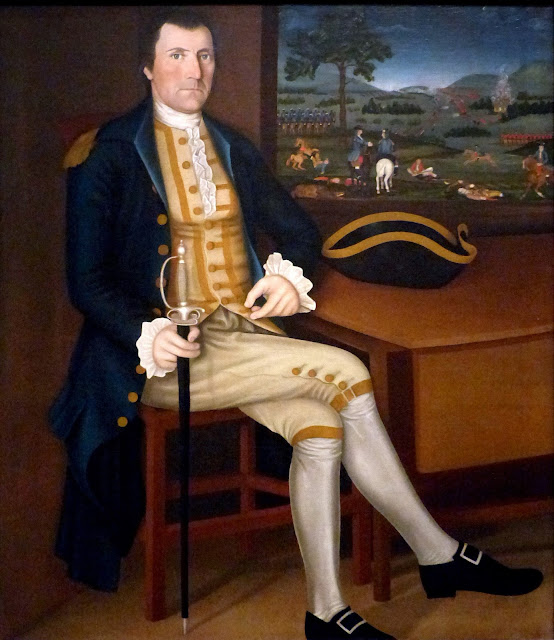 This portrait of Captain Samuel Chandler by his brother Winthrop Chandler hangs in the National Gallery of Art in Washington, DC.


"Although most colonial artists traveled to find patrons, Winthrop Chandler centered his career around his native Woodstock, Connecticut. At first, he called himself a "painter," and several of his surviving works are decorative landscapes to adorn the paneling over mantelpieces. By the later 1780s, though, Winthrop Chandler referred to his profession as that of "limner," implying that he now primarily made portraits.

Captain Samuel Chandler depicts the artist's brother, a tavern keeper and a member of the Connecticut militia during the Revolutionary War. A battle between Red Coats and colonials can be seen through the open window. Wearing his captain's uniform, Samuel proudly displays a sword with silver hilt and scabbard. His military tricorn hat rests on a mahogany drop-leaf table which serves to indicate his civilian wealth.

The careful delineation of these objects gives them an importance almost equal to the forthright portrayal of the captain's stern countenance. As with many essentially self-taught artists, Winthrop Chandler compensated for his lack of expertise in anatomy and perspective by creating superbly integrated designs. The repeated ranks of horsemen in the landscape, for instance, form patterns that effectively reiterate the uniform's rows of buttons; and the rippling curves of cuffs, cravat, and tricorn hat play against the straight lines of sword, furniture legs, and window frame." -- National Gallery of Art 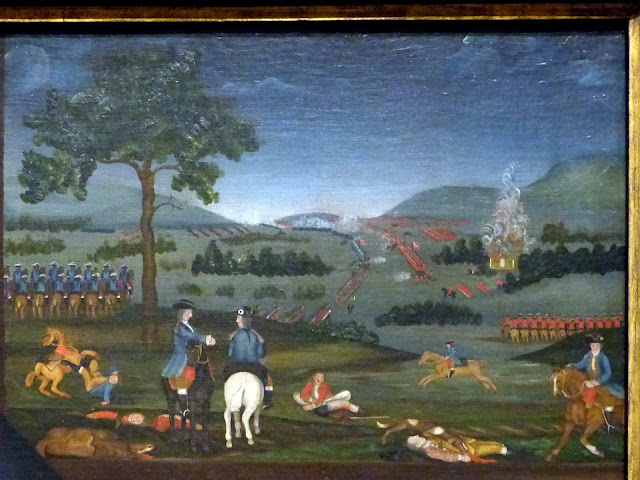